The Urbane runs Android Wear, the same platform powering Motorola’s smartwatches and a number of Samsung’s. It’s compatible with smartphones running Android 4.3 Jelly Bean and above, pairing your smartwatch with your mobile via Bluetooth and granting you access to Android Wear apps.

The platform essentially consists of a home screen and three lists (apps, contacts and commands). You can make calls from the Urbane, but will need to use your phone to communicate, unless you fancy buying a Bluetooth headset. Notifications and cards are delivered as clean, simple banners, which you can swipe through with your finger, or through wrist flicks. Getting your head around the user interface is relatively easy too, requiring little more than a few minutes of exploration.

However, it soon becomes apparent that Android Wear just isn’t as pleasant to use as it should be. That’s mainly because Google Now and Google Voice Search are absolutely essential to navigation.

The former brings up information like weather and, in our case, sports results, but it’s not immediately easy to see how Google identifies some things as relevant and dismisses others. It turns out you can customise notifications and cards, though this has to be done within the Google app on your mobile. 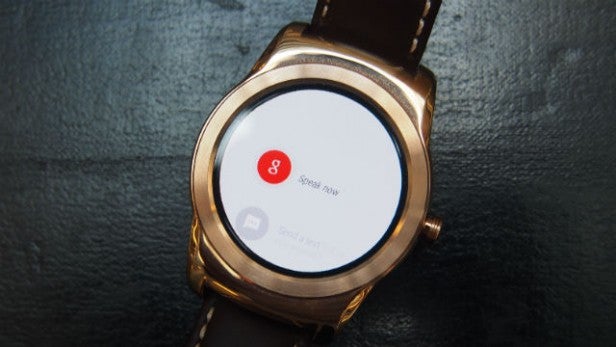 Google Voice Search is equally important, at least if you plan on making notes, getting directions or responding to any of the emails and text messages you receive on the Urbane. You can do this by simply saying “OK Google” followed by a command, such as “Text Bernd to say I’m on my way.”

As mentioned on the previous page, however, the Urbane can struggle to accurately pick up your voice if you’re in a crowded setting. In such a case, you have to either go through the mild embarrassment of repeating yourself more deliberately than before, or giving up and getting your mobile out of your pocket.

Still, it’s the quickest way of finding your way around the operating system, despite the apps list handily holding your three most recently used programs at the top. Google Play now has a dedicated section for Android Wear apps, where you can choose from a load of free and paid-for travel, health, productivity and social apps, as well as a wide range of watch faces.

Unfortunately, except for the time and questionable heart rate sensor, there are no features or apps I would use on the Urbane over my phone. Some great smartphone apps, such as YPlan, don’t open at all, while others, like Duolingo, are so pared down they become a pain to use. Even tracking is flawed, with walks regularly appearing as runs.

App functionality, or lack of it, is the biggest issue with all smartwatches we’ve reviewed so far, including the Apple Watch. The fact that the Urbane is listed on LG’s website as a mobile phone accessory, rather than a device in its own right, says it all. 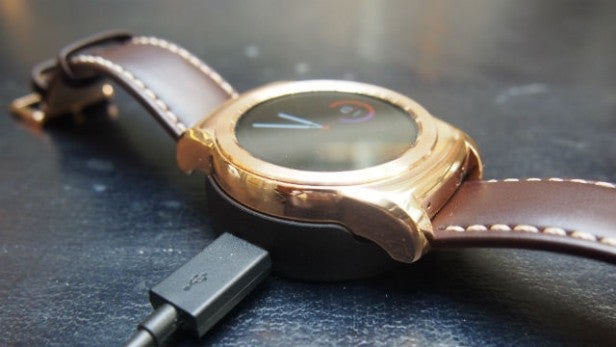 Battery life is the under-sweetened icing on top of the bland cake. Inside the Urbane is the same 410mAh battery powering the G Watch R. That’s exactly double the capacity of the 205mAh number in the Apple Watch, but the Urbane unfortunately hasn’t quite got twice the staying power.

It’s capable of lasting a little over 24 hours between charges, compared to the Apple Watch’s bare day. Even if you’re particularly economical with use, blocking certain apps and only checking your phone for notifications, you’ll still struggle to make it through two days between charges.

Unless you want to carry the dedicated charging cradle around with you, or indeed invest in a secondary one (for £14.99), you’ll have to plug it in on a nightly basis. Thankfully, it’s a quick charger, going from flat to full in just over an hour. This means that, on those occasions when you forget to take it off at bedtime, you can give it a quick blast in the morning and get a decent return. 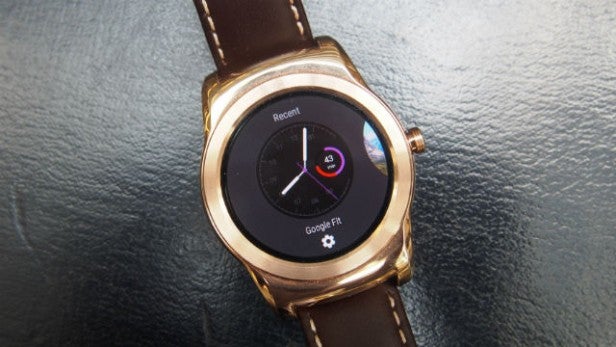 Should I buy the LG Watch Urbane?

To put it bluntly, no. The LG Watch Urbane is a phone accessory posing as a must-have gadget, and it’s tough to recommend for several reasons.

The main problem is that it doesn’t actually serve much of a purpose, apart from telling the time. Rather, it’s a showy extension of your smartphone screen, and is essentially just another device that will distract you from the real world. What’s more, it’s not particularly pleasant to navigate, battery life is poor and it’s not really attractive.

We’re not just picking on the Urbane, either. We could just as easily be talking about the Apple Watch or Moto 360. In the present time, there’s no need for anybody to have a smartwatch. Equally, no smartwatch currently on the market is worth buying.

However, if you really, really want a smartwatch, we recommend waiting for the arrival of the Pebble Time and Alcatel OneTouch Watch.

An expensive vanity gadget that’s nowhere near the finished article.