Viewty? I can’t work out why this phone has that name, or indeed why the name might be applied to any mobile. But then LG doesn’t bat an eyelid at using odd names for its handsets. Shine, anyone?


If you remember my review of the predecessor to this mobile, the Prada, (this time the odd name was the result of co-development of the handset), you’ll recall that I had some problems with it, but that these related more to the build than the touchscreen, which I tended to feel LG had done pretty well with.


There has been progress with the Viewty on all fronts. It is a tri-band GSM phone with EDGE and GPRS as well as 3G with HSDPA up to 3.6Mbps where the Prada lacked the 3G element. A front facing camera caters for video calling and can be used to shoot stills containing yourself. Also the build quality feels better and the main camera shoots five megapixels. 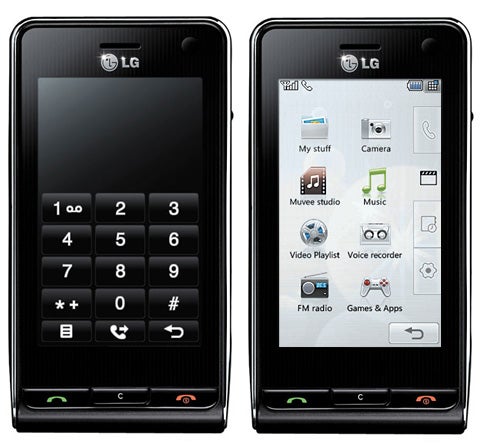 This is a fairly large phone at 103.5mm tall, 54mm wide and 14.8mm thick. At 112g it is approaching the weight and girth of a proper smartphone.


The 3.0 inch touchscreen occupies pretty much all of the front of the Viewty. It displays 262 thousand colours and 240 x 400 pixels. It can be configured with one of three themes: ‘Black’ is a simple black background theme. ‘Silver’ offers a lighter grey background with some graphics that whizz onto the home screen for no apparent reason. But ‘Fish’, aaah ‘Fish’ is delightful. On the home screen a goldfish swims against a blue background. Put a fingertip on the screen and the fish swims towards it. Yes it is silly, yes it is trite, but I like it.


Whatever theme you choose, the home screen has a set of animated arrows running along its bottom edge. Sweep a fingertip along them and a 3×3 bank of icons pops up offering tap-access to Web browser, messaging, profiles, games and apps, memo, alarms, my stuff, calendar and Bluetooth settings. Sweep again and this menu disappears. The sensitive area is wide enough that you hit it right every time, and so, crucially, this part of the touch screen element works well enough to use intuitively and regularly.


Sweeping also comes into play if you are viewing images and have zoomed in. You can pull a photo around on the screen to get to the bit you want to see.

Along the bottom of the home screen sit four icons. These take you to the messaging, contacts, dialpad and main menu of the phone. The latter is your resort if you want to access settings or any area that isn’t covered by tapping any of the icons. This bottom row of four icons and scrollable menu lists are all large and easy to tap. And I had no trouble with one-handed use. A tiny vibration when a button is tapped makes all the difference too.


That said, there are some tiny icons that are difficult but not impossible to hit with a fingertip. On the top row of the home screen there are three: a ‘multi-tasking’ icon that lets you switch between currently running apps, one that takes you to the inbox and another for switching the profile. These are usable, though, and if I have a major complaint about the touchscreen it’s the old grease gathering gripe. 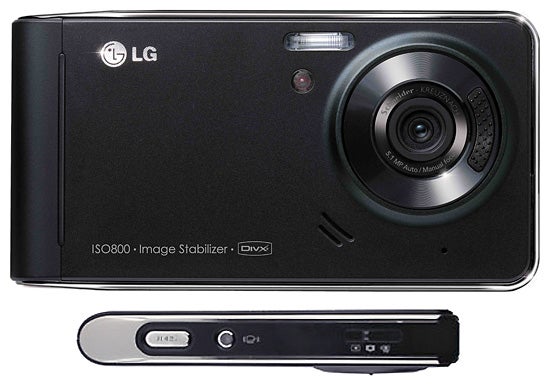 You’ll notice this most after sweeping the screen and also when using the built-in handwriting recognition, which you can use for things like writing SMS messages and making notes to yourself. You can use a finger for this but only if you have a nail to drag around the screen. Sadly I found the recognition engine not what it could be. You can resort to T9 tapping or a widescreen QWERTY keyboard instead if you prefer. Which I did.


Beneath the screen are Call, End and Cancel buttons. More buttons sit on the right edge. One switches the camera on and then shoots, one locks the screen, and the third is a really handy switcher between stills, video and image library modes.


Then there is the jog wheel. Not side mounted as you might expect but incorporated into the camera lens surround. This makes it quite awkward to use, which is a pity as it performs a lot of functions; for example scrolling through menus, adjusting music and call volume, and camera zooming. I found one-handed use of this a bit tricky.

So what about the camera, then? Well five megapixels are definitely ‘in’ and if you want state of the art that’s what you have to look for. But there is more than mere megapixels here. The autofocus, Xenon flash, and macro mode all seemed to work well. The Viewty will shoot video at a massive 120 frames a second, too, which seems a bit over the top.


The coloured dish, my standard indoor test photo, has good colour reproduction and is perfectly acceptable. The passion flower is nice and sharp, and its complex colours including the paler yellows and greens have been reproduced well. Phone cameras can over-expose brilliant whites thereby losing subtle differences in shading. Here, however, the LG does a very good job in retaining detail and shading along the white sepals and petals. The green plant in the last shot is a small ”Sempervivum” not more than 3cm across and was shot with the macro lens. Definition is superb and the early morning dew is nicely captured. 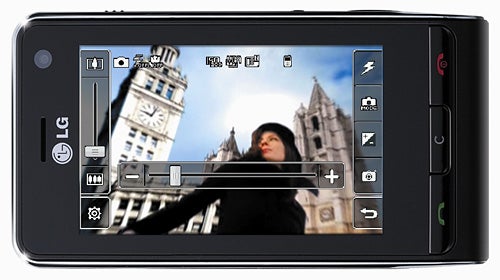 Battery life proved no more than adequate. Continuous music playback got me a little over seven hours, though the screen did remain on throughout and I suspect you could better this in the real world by turning the screen off during playback.


On board storage for tunes, photos and other data tops out at 90MB and there is a microSD card slot for adding more. The LG Viewty does fall down by requiring you to remove the battery to get to the memory slot, and because it takes a little time to boot up, swapping cards can be a real pain.


Other stuff not yet mentioned include an FM radio, calendar, to do list manager, alarms, calculator, unit converter, photo editing and voice recorder.


The Viewty is a good example of what a touchscreen handset can be. Large icons (mostly), easy access to most common functions, and some neat extras like the sweeping feature. Even the camera is top-notch. All we need now is a screen that doesn’t gather fingerprints and an easily accessible memory slot. 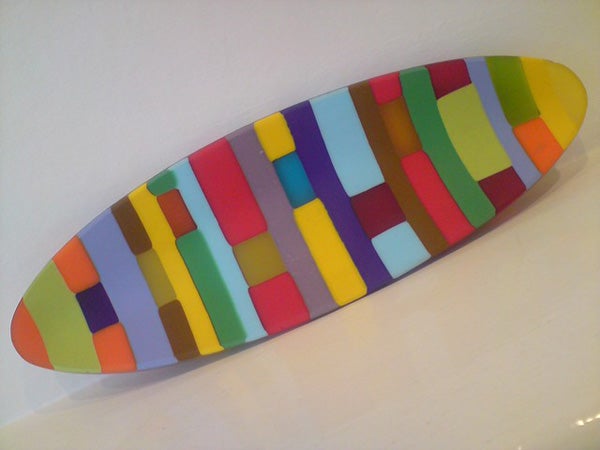 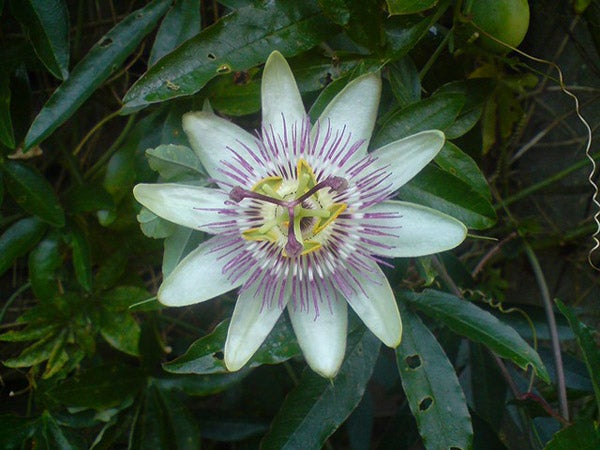 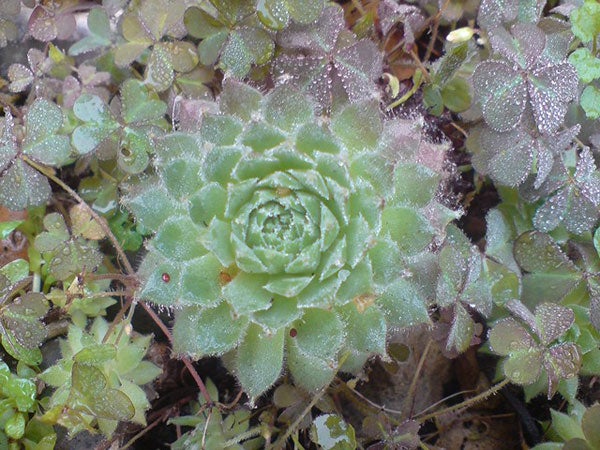