So the V30’s screen might be a letdown, but performance is certainly an area in which this device excels. The combination of a Snapdragon 835 and 4GB of RAM is potent, and while it isn’t quite as snappy as the Pixel 2 when opening apps and performing everyday tasks, it’s seriously fast.

Games run without dropping frames and there isn’t really a single app on Google Play that can trouble the V30. In the Geekbench 4 benchmark, the LG V30 scores 1909 in the single and 6300 in the multi-core test – that’s similar to other Android phones with the 835.

Even LG’s custom software, which isn’t exactly the best-looking, runs very well. These heavy skins often bog down even the most powerful of phones, but this isn’t an issue here.

And it isn’t actually the speed at which the device operates that impresses most when it comes to performance. It’s the audio. In a year that sees many phones ditching the headphone jack in place of wireless, LG heads in the opposite direction. Not only does the  headphone jack remain, but it’s backed up by a Hi-Fi Quad DAC – and there are a pair of B&O earphones included in the box. 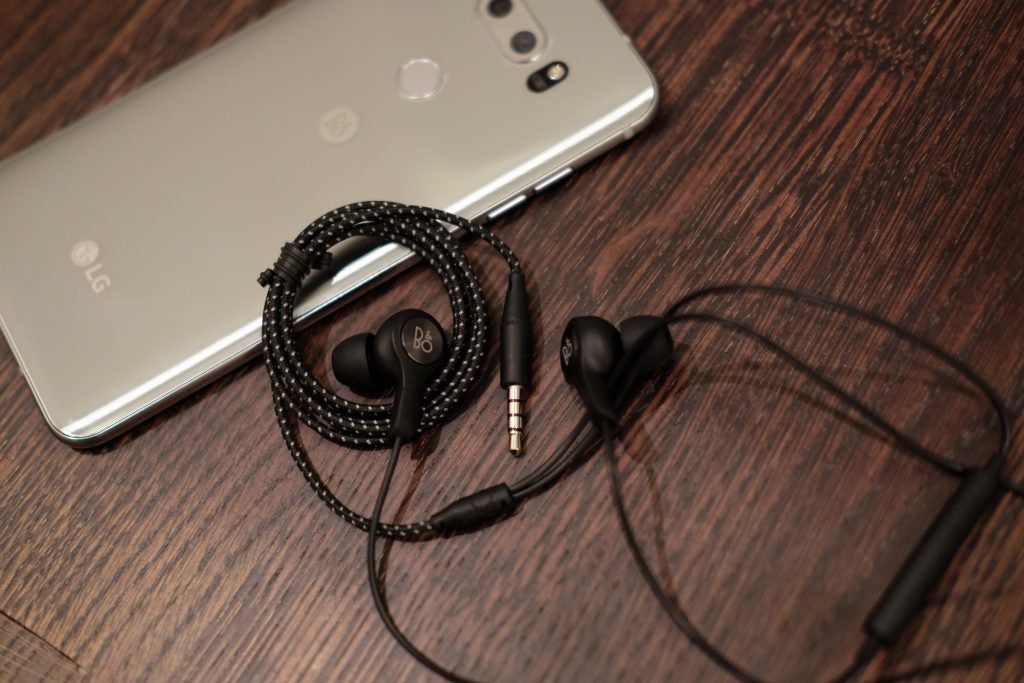 On first putting the V30 through its paces, I assumed Quad DAC would prove a novelty feature, something that would make my Spotify streams sound marginally better. Actually, it goes beyond this – it’s my single favourite feature of this phone. Listening to music on the V30 is a joy, unmatched by any Samsung or iPhone device.

Even without enlisting super-expensive headphones, it makes a difference. Bass is well managed, there’s plenty of detail and everything sounds crisp. Make the leap up to a Tidal Hi-Fi stream and a decent pair of headphones, and it gets even better.

It’s a shame then that the speaker isn’t up to par. It’s a measly mono, down-firing unit that easily becomes blocked when you’re watching a video.

The device comes with 64GB of storage as standard, but it also includes a microSD slot that supports upto 256GB cards if you want to extend this amount further. Bluetooth 5.0 is onboard for when compatible devices start rolling, and Wi-Fi performance is excellent. Call quality is great too, and the noise-cancelling mics do an excellent job of cutting out background distractions.

LG’s software has improved significantly this year. Nevertheless, it’s still one of the least attractive versions of Android. The icons sport a cartoony look; the native apps are very basic; and the Settings panel is infuriatingly jammed-full of multiple options.

In addition, the device doesn’t come running Android 8.0; you’re stuck on 7.1.1. This is disappointing; what’s worse is that you’re likely to be waiting until the end of the year for some Oreo love.

Once you get past the looks, LG has at least added some interesting tweaks. An ‘app scaling’ option does a good job of stretching incompatible apps to the new screen ratio, and the blue hue reducing ‘Comfort’ mode is one of the best out there. You can also alter the screen resolution to gain more from the battery –  a neat trick. 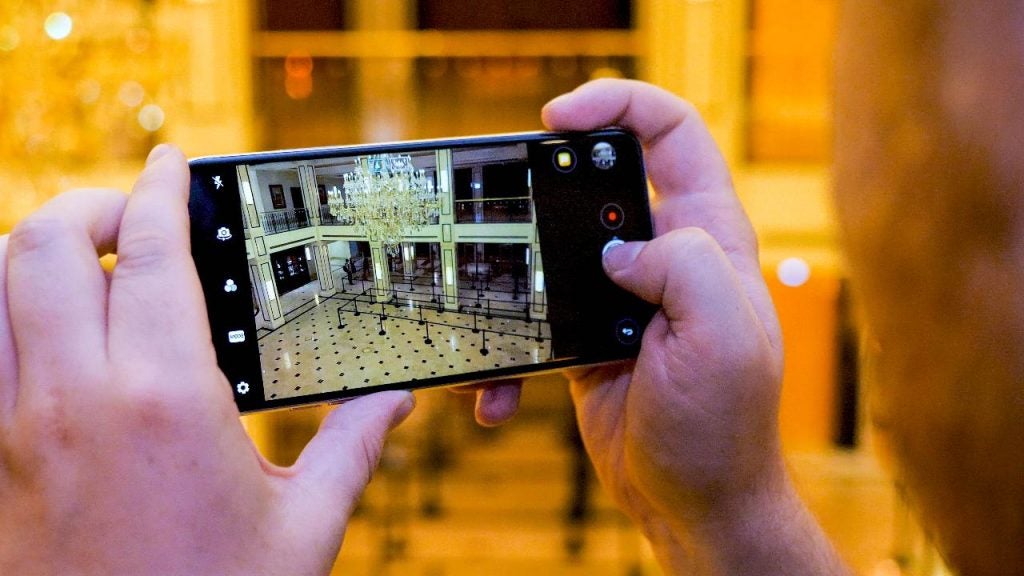 To combat the lack of a secondary screen – an odd feature of previous V-series phones – the V30 has a floating bar that offers access to shortcuts and music controls from anywhere.

The final software tweak I’ve found myself using regularly is the always-on display. This will show the time, date and notifications even when the display is off, and it remains an incredibly useful feature that won’t consume too much of the battery.