With just a modest price increase, LG has created a pair of wireless earbuds that improve upon the cheaper FN6. The inclusion of active noise cancellation beefs up the bass performance, plus the new touch controls make interaction easier. The FN7 aren’t great for workouts and there are better examples of ANC to be found, but as an all-round pair of wireless earbuds, the FN7 will suit most users.

LG’s Tone Free HBS-FN7 are its most premium true wireless yet, packing more features on top of the usual goodies.

A household name in TVs, white goods and smartphones, LG has gradually muscled its way into the wireless earbud market with its Tone Free series. Taking influence from Apple’s AirPods, these long-stemmed earbuds take advantage of LG’s partnership with British audio brand, Meridian.

I was super-impressed by the Tone Free HBS-FN6 – which, as affordable alternatives to Apple and Bose earbuds, sounded great. With the HBS-FN7, LG attempts to build upon what it’s established with previous Tone Free headphones, with a slight price hike reflecting the addition of active noise cancellation and several upgrades over the FN6.

So, is it enough to make a favourable case for the FN7 earbuds?

The FN7 earbuds are more or less identical in look to the FN6 and the most affordable earbuds in the range, the FN4. They feature a long stem and sizeable main body – an aesthetic that mirrors Apple’s AirPods. But it’s the outer portion of the stem that will prevent the FN7 from being mistaken for Apple’s buds.

The FN7 use a slightly different shade to draw your attention to the touch panel at the top. One issue I had with the FN6 was that it was difficult to locate the touch pad, leading to inputs that occasionally didn’t register. LG has fixed this by adding a slight protrusion to the top of the stem, making it far easier to operate the earbuds.

The charging case has also undergone a change with the addition of a second LED light to its centre to indicate charging. This means understanding whether the case is charging and performing the UVNano cleaning process (more on that later) is no longer tied to the same LED indicator.

Thanks to its smooth finish and the presence of several hypoallergenic silicone ear tips in the box, I didn’t experience any discomfort wearing the earbuds over long periods. In the absence of the typical ambient noise found in an office, I’ve been relying on the FN7 to keep my brain occupied more than normal, but extended use has been no bother.

The only time the design of the FN7 has fallen short is when exercising. Without winged tips to keep the earbuds in place, I found myself adjusting the FN7 more frequently than I’d like, particularly during an outdoor run. Still, the IPX4 rating ensures that the FN7 can handle sweat and a moderate amount of rain, but I wouldn’t subject them to inclement conditions anytime soon.

What separates the LG FN7 from the FN6 is the presence of active noise cancellation. Following use of the FN7 in different scenarios, the ANC feels more complementary to the sound rather than an effective feature on its own. For example, when using the FN7 whilst cooking, the earbuds did a decent job of expelling some external sounds, although I could still pick up a faint hum from the TV. Listening to a podcast, however, and it was possible for loud noises to drown out dialogue.

The Tone Free range packs LG’s UVNano cleaning technology, which works its magic when the case is being topped up at a power outlet. The charging case conducts a cleaning cycle using UV lighting to eliminate bacteria. Since this process happens at a microscopic level, results are indiscernible to the human eye, but at a time when hygienic practices have become more essential than ever before, it provides additional peace of mind.

Ambient Mode makes a return, activated by a long press of the input button on either earbud. When activated, the FN7 pass-through external sounds to your ears, so you have a better idea of what’s around you. I’ve used it when crossing the road or popping out for the weekly shop, and it switches on much faster than it did on the FN6.

Customisation of the touch buttons allows you to tailor operation of the earbuds in any way you want. Each earbud can hold up to three distinct operations for total of six inputs to change the volume, playback, track skipping, as well as activation of any voice assistants. As I mentioned earlier, the small nub now on either earbud makes the FN7 a great deal easier to use, so I found myself using the other inputs more frequently than I did with the FN6.

The FN7 also did a decent job of picking up my voice during calls. I had no complaints from anyone while using the earbuds. Testing the mic against background noise, it still managed to pick up my voice fairly well without being overwhelmed.

LG quotes a battery life of up to seven hours for the earbuds, five hours with ANC switched on, and an additional 14 hours available in the case. I found these claims to be bang on the money. With ANC switched on, I was able to get through about five and half hours of playback time, leaving me with little doubt that the full seven could be achieved with the feature turned off.

Fast-charging was able to get from a dead battery to 29% in the tank in just five minutes, which should get you through another hour or so of playback. To reach the full 100%, I had to wait only 45 minutes – which isn’t that much of an ask, and there was still 64% left in the charging case. QI wireless charging is also available.

During testing of the FN6, I was disappointed by the bass performance. I’m happy to report that the low-end is much improved with the FN7 and it’s largely down to the ANC.

With ANC switched off, it’s hard to pick up on any major improvement over the FN6. But when activated, the ANC helps to elevate the bass and integrate the lows better into the soundstage.

Diving into The Clash’s Rock the Casbah, Paul Simonon’s rhythmic bassline is now a lot more discernible, which in turn elevates the keys on the track. In fact, any multi-layered song that might sounded crowded on other earbuds is given more justice here. I noticed the same observation with ABC’s The Look of Love, with the synth, keys, bass, strings and brass all given their due.

Thanks to this boost in clarity, the FN7 finally fulfil the Tone Free app’s promise of switching between different sound profiles on-the-fly. The app includes four main equalizer options: Immersive, Bass Boost, Natural and Treble Boost, in addition to two slots for your own customisations.

I barely noticed any differences in audio quality between these settings on the FN6, but it’s a different story with the FN7. ANC allows the presence of the various layers and instruments in a track to be heard clearer, and that left me able to pick up on differences between each equalizer option – and I found myself switching between them to get more out of different genres.

One example were pop songs, which are better served by the Bass Boost option. Testing this out with Dua Lipa’s atmospheric dance track, Physical, the bass synth came through a great deal more, giving the impression of hearing the song in a club (remember when that was a thing?).

You want to reassuring feel of clean earbuds: The charging case zaps the earbuds with UV light to clean any bacteria that are on them, providing some peace of mind in the process.

At just £30 more than the FN6, it’s difficult to think of a scenario where I wouldn’t recommend the FN7 over the cheaper model. While the active noise cancellation isn’t the best at this price, it goes a long way to boosting audio quality and allowing the Tone Free app to fulfil its promise, with its various equalizer settings having an impact on the music.

Factor in the new, easier-to-use touch controls plus the UVNano cleaning technology, and you’re looking at a very good pair of true wireless earbuds. 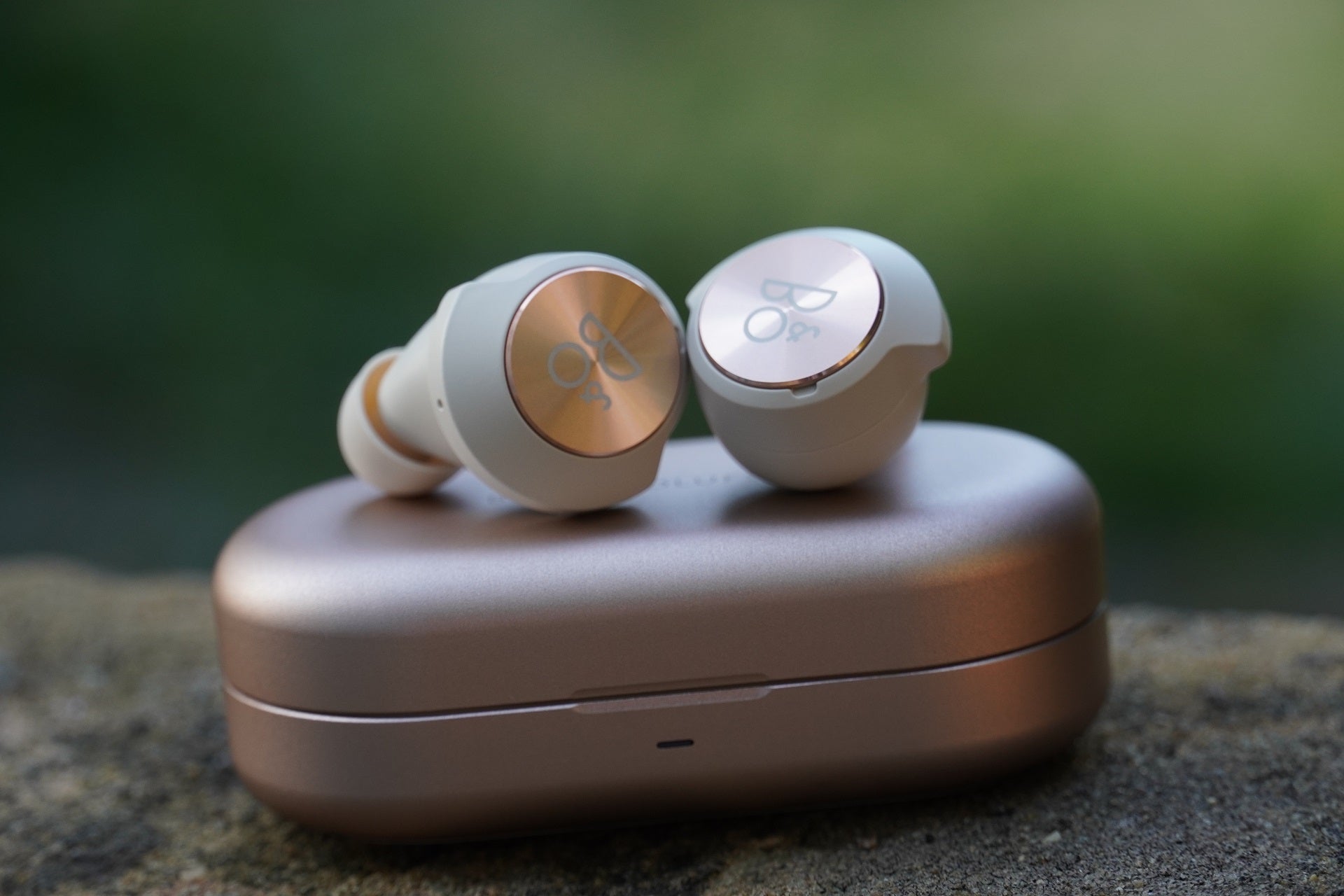 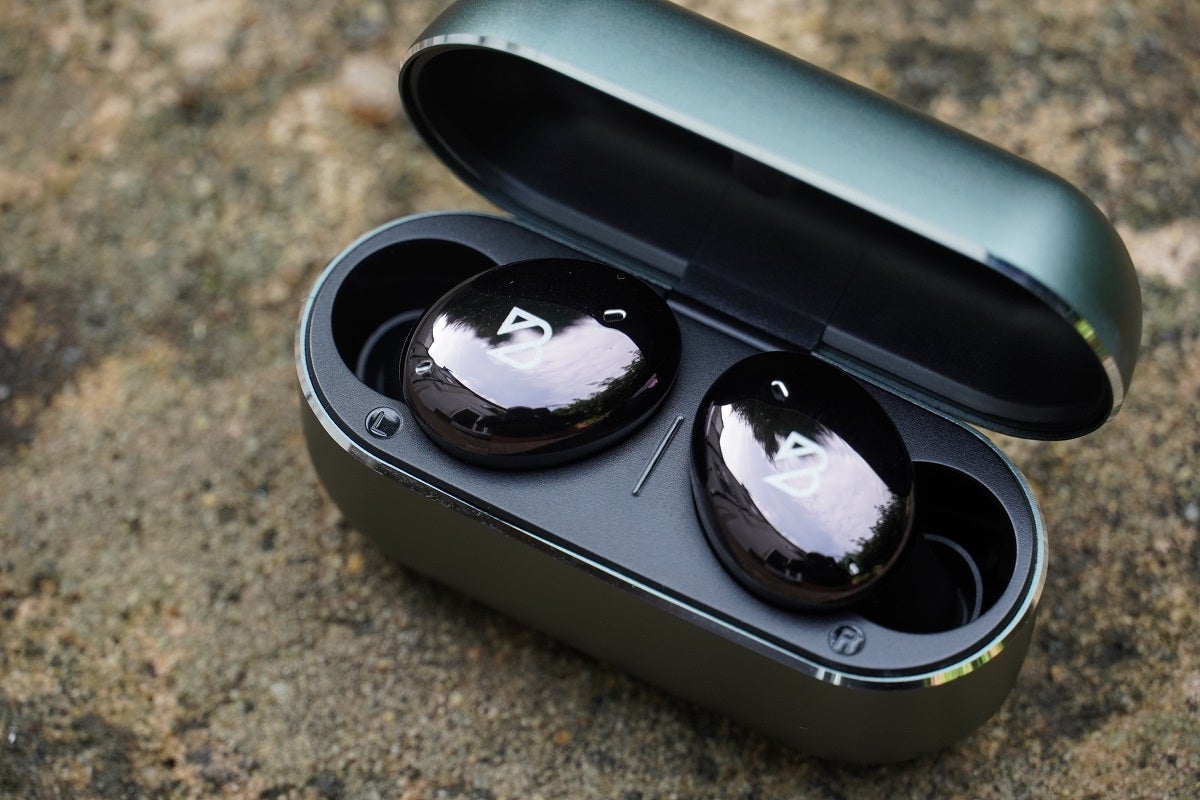 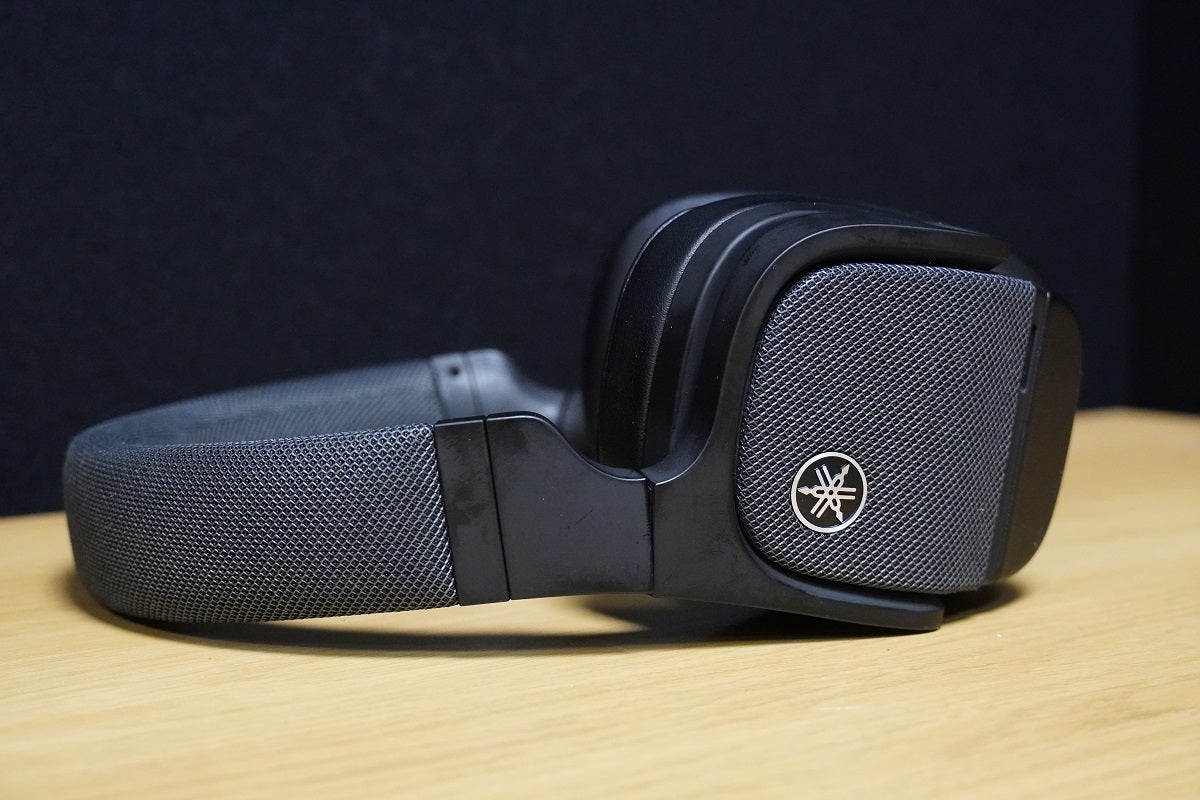 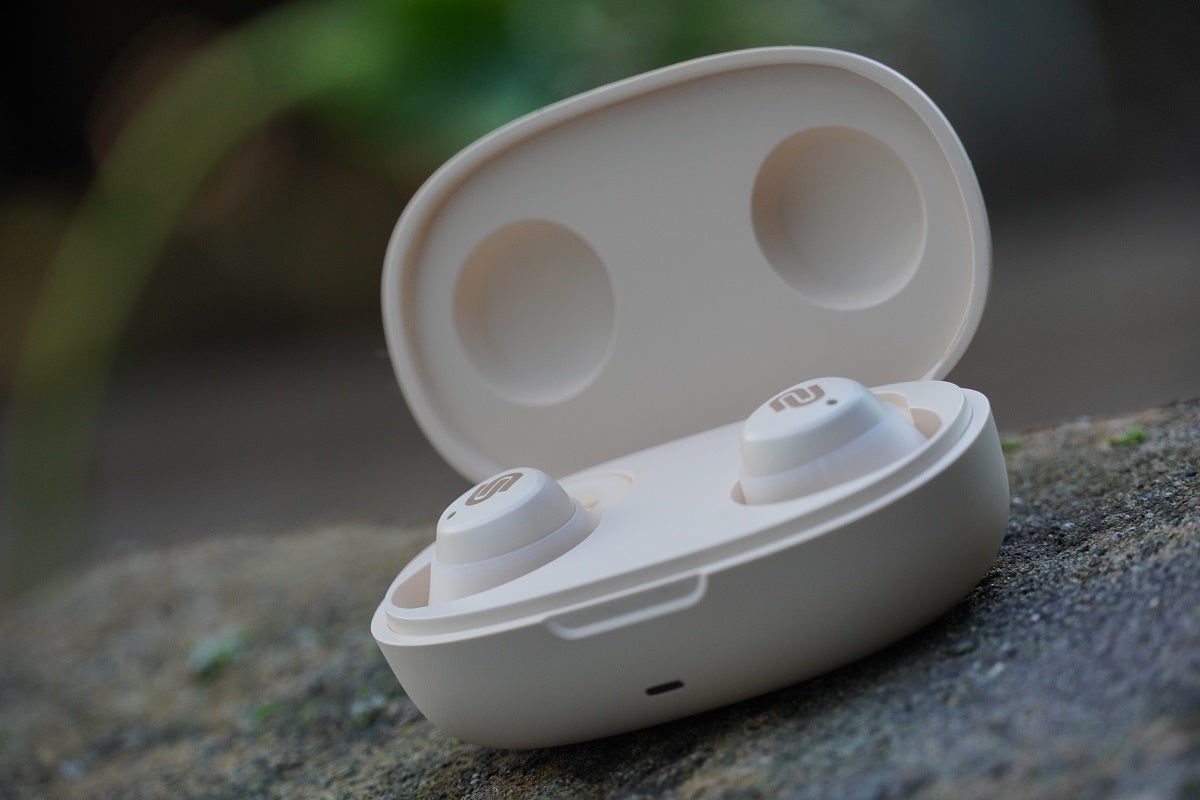 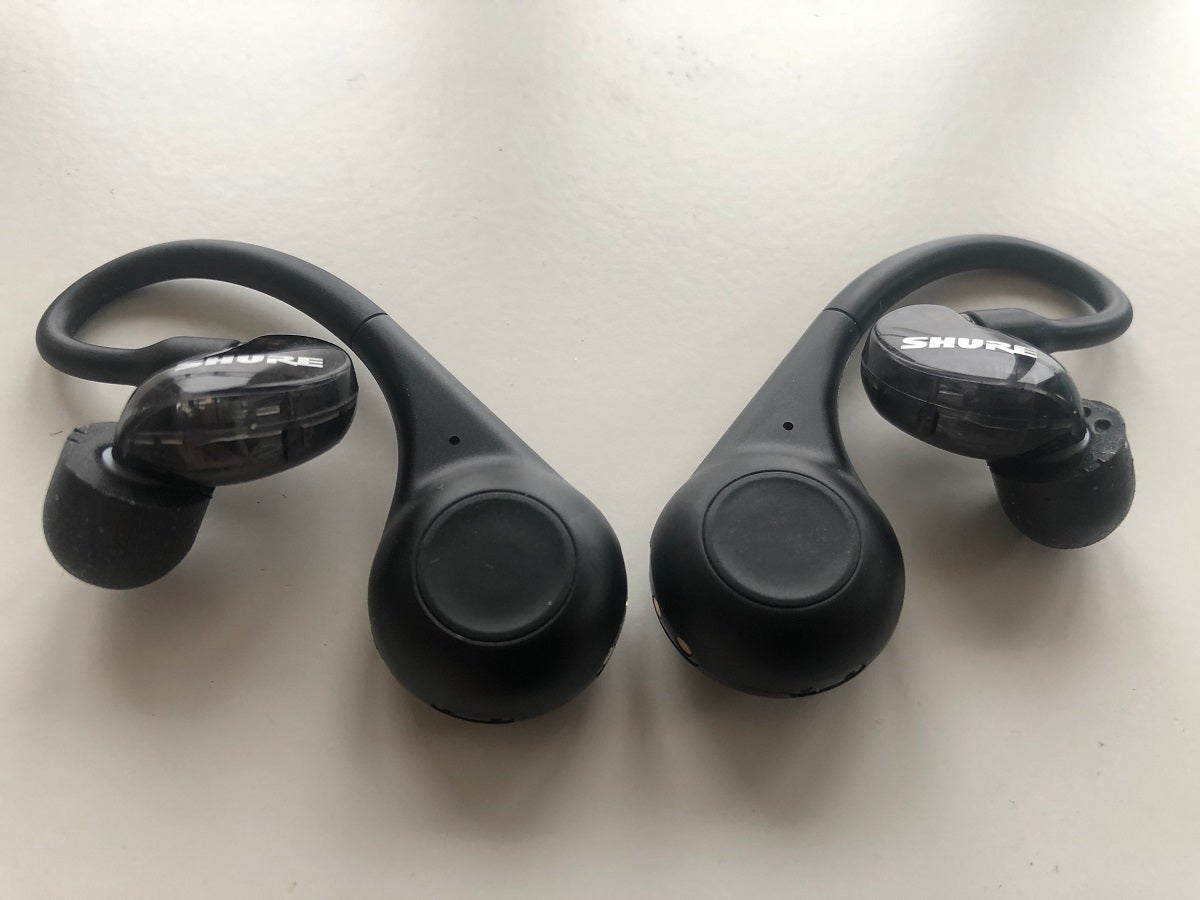 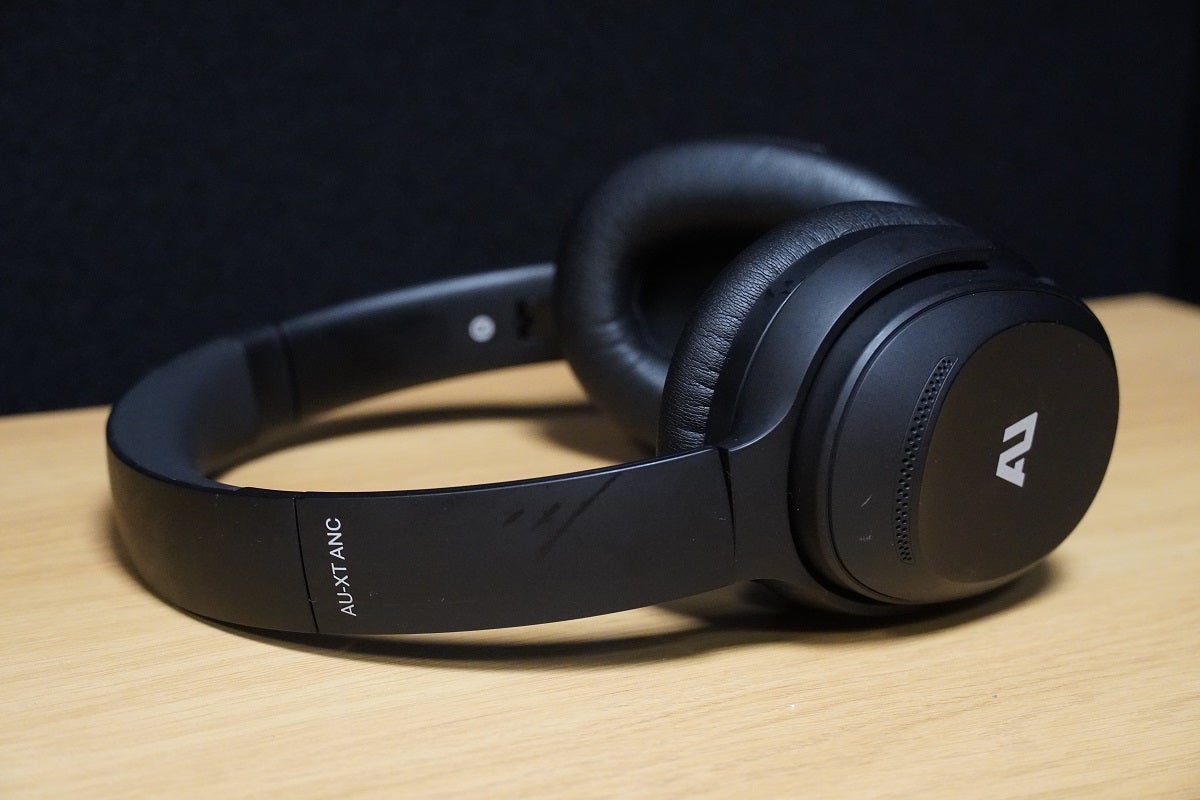