There are no great surprises, pleasant or otherwise, concerning the LG Stylus 2’s level of performance. If anything, it’s a sense of mild disappointment.

It comes packing a Snapdragon 410 CPU, which was Qualcomm’s first ever 64-bit CPU. This was an entry-level chip at the time of its unveiling back at the end of 2013, so it’s far from cutting-edge.

That’s not to say that the LG Stylus 2 is found wanting for performance. General homescreen navigation is smooth, as is web browsing in Chrome. 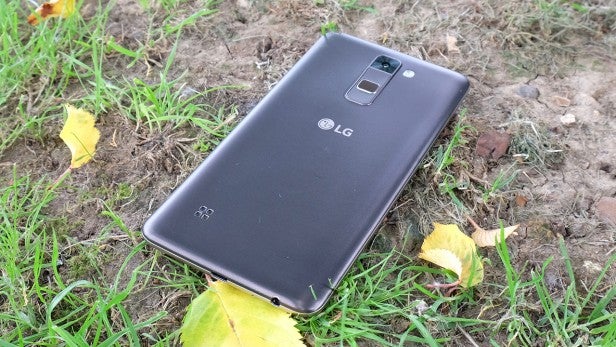 It remains poised under the heavier load of gaming, too. It isn’t possible to push the graphical settings past Medium on Dead Trigger 2, but performance was smooth at that level nonetheless. Meanwhile, the detailed 2D platforming of Rayman Adventures ran similarly well.

Of course, one of the contributing factors to this decent performance has to be that 720p resolution that I criticised earlier. The lack of pixels really takes the pressure off a relatively limited GPU.

As if to illustrate that point, benchmarking tests reveal some fairly underwhelming figures. An average Geekbench 3 multi-core score of 1,411 represents less than half the score of the Moto G4 (3,190) and the Vodafone Smart Ultra 7 (3,094).

Even the OnePlus X, a now defunct handset with a relatively ancient 32-bit Snapdragon 801 CPU, managed 2,542 in this test.

Audio performance isn’t great either, thanks to the employment of a single, small, rear-mounted speaker. Get those earphones out. Actually, you really should get those earphones out, in order to take advantage of one of the LG Stylus’s key software features, which we’ll discuss next. 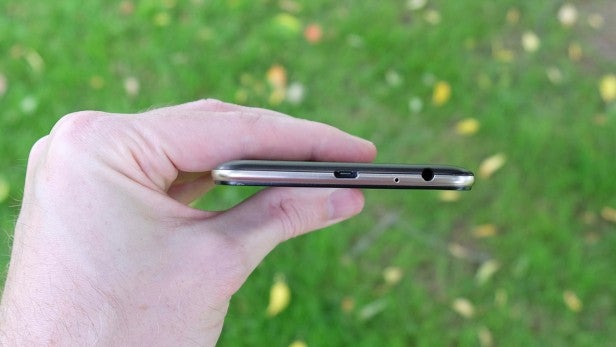 If you’ve used an LG phone before, you’ll know that it likes to layer one of the more heavily customised UIs over Google’s Android OS.

As before, it’s far from the best Android UI. LG’s approach lacks restraint, polish, and just plain good taste compared to its rivals. It’s all bloopy audio cues and cheap animations, and Android’s fine notification menus have been needlessly restyled.

Both Samsung and HTC are similarly heavy-handed with their own custom UIs, but their efforts seem a little more cohesive and well-judged than LG’s.

The biggest difference with LG’s latest attempt is the complete removal of the app drawer. This means that all of your downloaded apps live on the homescreen rather than tucked inside a separate menu, making it more like iOS than Android – in this way at least.

LG isn’t the only manufacturer to do this; many Chinese manufacturers do the same. And frankly, I’m okay with it. There’s still a perfectly functional folder system in play if you find yourself with a surplus of apps. 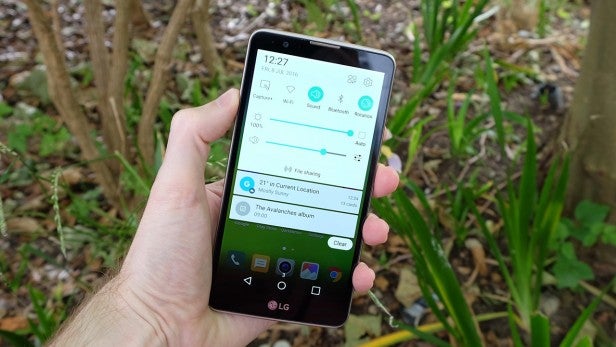 For other Android fans, of course, tinkering with such a fundamental part of the Android experience is tantamount to heresy. They’ve been catered for here – you’ll find the option to download a “Home & app drawer” layout in the homescreen Settings menu.

It’s a shame there isn’t such a simple “De-bloat” option in there too. Yes, the LG Stylus 2 suffers more than most with bloatware.

On the main homescreen alone you have LG SmartWorld, which is an online hub for new themes and wallpapers. Did it really need a stand-alone app? You also get a Management folder filler with various system tools such as Memory, Battery Saver, and Storage. Again, why dedicated apps were needed for these settings I’m not so sure.

The bloat continues onto a second homescreen, where there’s a Tools folder, a Recently Uninstalled app, and LG’s own take on several core apps (Music, Calendar, Clock and so on). You also get Evernote pre-installed.

It’s all just very messy and in-your-face, and none of the common LG apps is a particularly good example of the format. You’ll be downloading fresh examples or using Google’s own pre-installed versions (for photos and messages, say) in no time.

There is one custom LG app that warrants special mention here, and that’s DAB+. As already mentioned, the LG Stylus 2 can operate as a DAB (Digital Audio Broadcasting) radio. You’ll need to plug in a set of headphones for it to act as an antenna, but it also works with a 3.5mm jack plugged into an aux port.

Once you do, you can access the many channels that transmit on the DAB frequencies, such as BBC 6 Music. 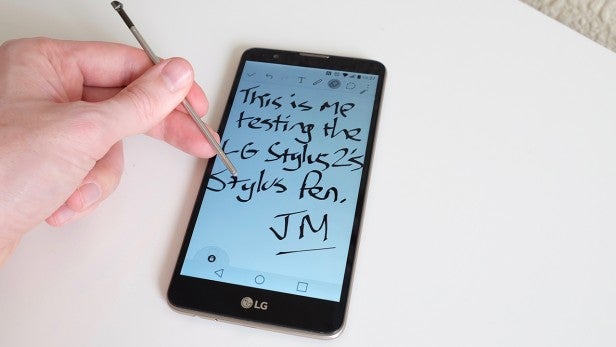 Of course, you can access such channels online from your phone these days, which offers a much broader experience that’s easier to search and navigate. LG’s bundled DAB+ app is a bare-bones effort that requires you to scroll or flick through each station in alphabetical order. You can star your favourite channels, but it’s a little laborious initially.

A certain type of person who prefers “live” radio to podcasts, and who is on a limited data allowance will doubtless find this feature to be a major plus. To most people, however, I suspect it will feel interesting but somewhat antiquated.

The final LG Stylus 2 software element worth discussing relates to its unique stylus. LG operates things a little differently to Samsung with its Galaxy Note 5 and its predecessors.

There are no buttons to press on the stylus itself – when you pull it out of its housing, Pen Pop will automatically provide an overlay of related shortcuts. Pop Memo gives you a little sketchpad widget on which you can scrawl quick notes. Once activated, this will remain in the foreground even when you start up apps, which can be handy for scribbling down notes while browsing the web.

Capture takes a screenshot and lets you annotate the result, while Pop Scanner lets you take pictures, crudely cut them, and paste them into memos; QuickMemo+ gives you a full-page canvas for scrawling on.

You can also add an additional app of your choosing to this shortcut bar, so Bamboo or AutoDesk SketchBook users can make their favourite sketch app feel a little more integrated. The Pen Keeper function, meanwhile, will notify you when you attempt to walk off without the stylus – a nice touch.

Ultimately, LG has covered all of the core bases with its stylus integration, but it feels like it could do with some fleshing out.

Curiously, the Screen-off Memo function that LG mentions quite prominently on the LG Stylus 2 web page isn’t activated by default. I thought the feature was missing or non-functioning until I delved into the Settings menu and flicked the toggle on.

This is a shame, because it’s a cool feature, allowing you to quickly write on the screen as soon as you withdraw the stylus, without having to unlock your phone.