What is the LG Spirit?

The LG Spirit is a 4.7in Android phone, drawing on the design and hardware of the vastly more expensive LG G4 and packing it into a smaller, more affordable body.

If you’re a fan of LG’s approach to Android – and have a like for the slightly curved design – then the Spirit is going to appeal.

We’ve come to expect phones at this price to feel cheap and tacky. The Spirit is the total opposite of this: its all-plastic body isn’t anything like the rest of the budget phones on the market.

Similar to the LG G4c, the glossy black bezel narrows down the sides of the 4.7in screen with LG’s logo the most eye-catching feature.

It’saround the rear of the phone that the similarity with the LG G4 becomes apparent. There’s a slight curve to the Spirit’s design – and while it’s not as pronounced or flexible as the G Flex 2, it’s comfortable to grip. 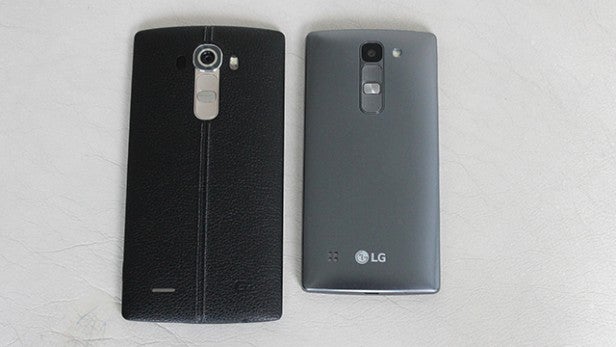 LG G4 next to the LG Spirit

The rear of the Spirit is also home to standby and volume buttons. While we weren’t entirely convinced when LG first introduced a button-less trim, we’ve finally adjusted to having these buttons resting behind your finger. The volume buttons benefit from a more textured finish, making them easier to identify by feel alone.

Unfortunately, the Spirit doesn’t have the leather finish of the G4. However, the “ceramic” effect removable cover with brushed finish is soft to the touch and actually gives the handset the look of a more expensive phone. Here the Spirit definitely holds its own  against similarly priced phones such as the Moto G and the Lumia 640.

Behind the cover lies the micro-SIM and micro-SIM card slot, allowing you to expand storage beyond the rather paltry 8GB provided. It’s also here that you’ll find the 2,100mAh battery, which is removable.

The most noticeable difference between the G4 and the Spirit is the latter’s relative chunkiness. Measuring 10mm thick, the Spirit isn’t super-slim – however, it isn’t bulky to the point where it will impact on daily use. 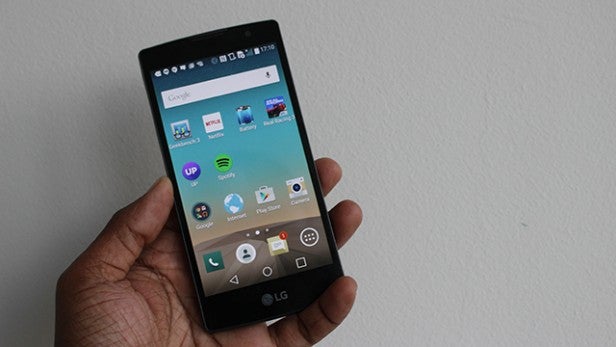 It was Motorola with the Moto G that kick-started the trend to include 720p HD screens on budget phones, but companies such as LG were slow to follow.

That’s changed with the Spirit, which features a 4.7in LCD screen packing a 312ppi pixel density. That’s the same screen estate as the iPhone 5s – and although we’re now seeing much bigger screens, this size will be perfectly acceptable for most.

And it’s an impressive screen for the money, offering a good experience when watching videos or browsing the web.

It’s bright and sharp, with reasonably balanced colours. On the downside, colours lack a little vibrancy. However, viewing angles are decent, and outdoor visibility is good; you shouldn’t have any problems viewing the screen on a bright, sunny day.

There isn’t a great deal you can do here to tinker with the display, although there’s a potentially useful night brightness mode that sets brightness to 0% automatically between 00:00 and 06:00 to help conserve battery life.

One of the most surprising additions to the display is the layer of Corning Gorilla Glass 3, which will provide protection against everyday scratches and knocks.