The LG SK8 is an affordable (£395), 2.1-channel soundbar that ships with a substantial subwoofer and built-in decoding for Dolby Atmos object-based audio.

It supports Wi-Fi and Bluetooth streaming, is compatible with Chromecast and Google Assistant, and can both play High Resolution Audio files and up-convert lower-resolution files.

The SK8 has something of a ‘beauty and the beast’ vibe about it. The main soundbar is cute: compact (just over 1-metre long and a mere 57.5mm high), nicely rounded on its corners, and attractively finished.

The subwoofer, by comparison, is a bit of a lump, best tucked out of sight if possible. Although, to be fair, it still sports a mildly glossy top edge and rounded corners, and feels well built. 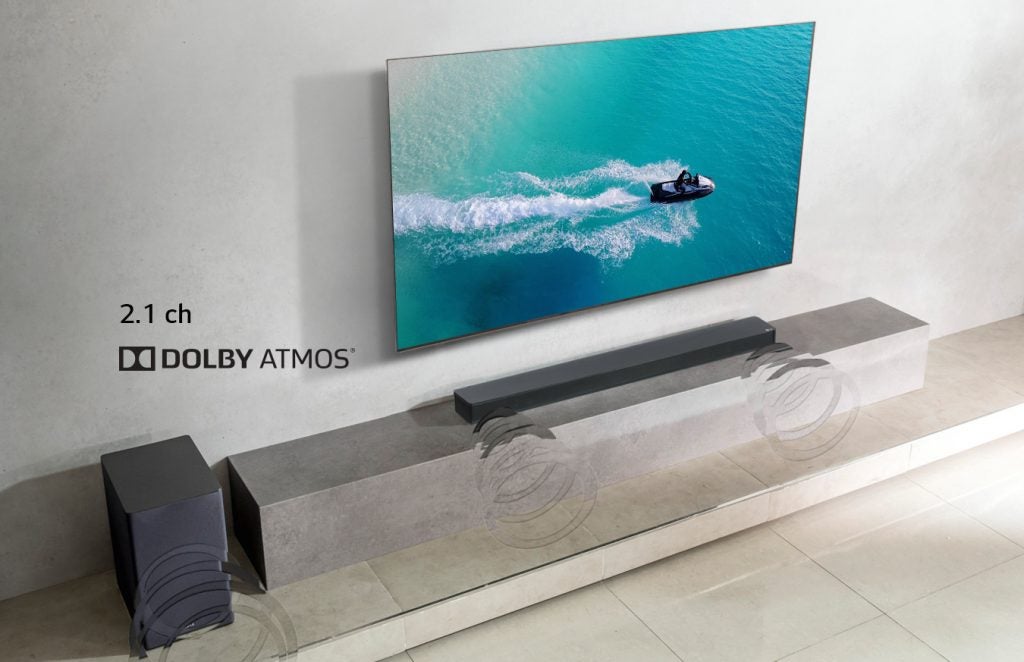 The SK8’s remote control is small and disappointingly plasticky. Confusingly, it also uses a button marked F as its source selector. Otherwise,  the handful of buttons it carries are pretty well thought through and clearly labelled.

The SK8’s usability is greatly assisted by a built-in LED. This makes it easy to track the input you’re using, and the sound format you’re listening to.

Things are a little hit and miss when it comes to features – although, arguably, only in line with what you might reasonably expect for £395.

The headline feature is its Dolby Atmos decoding. Obviously, with only three speakers to play with, this Atmos system will rely heavily on ‘virtual’ speaker processing to try to replicate the sense of 3D space Atmos usually delivers via ceiling, side and rear speakers. Just as well that the soundbar and subwoofer both look promisingly powerful, with claimed outputs of 2x80W and 200W respectively.

Note that there’s no support for the DTS:X object-based audio format. Feed the SK8 a DTS:X mix and it will play DTS Digital Surround. 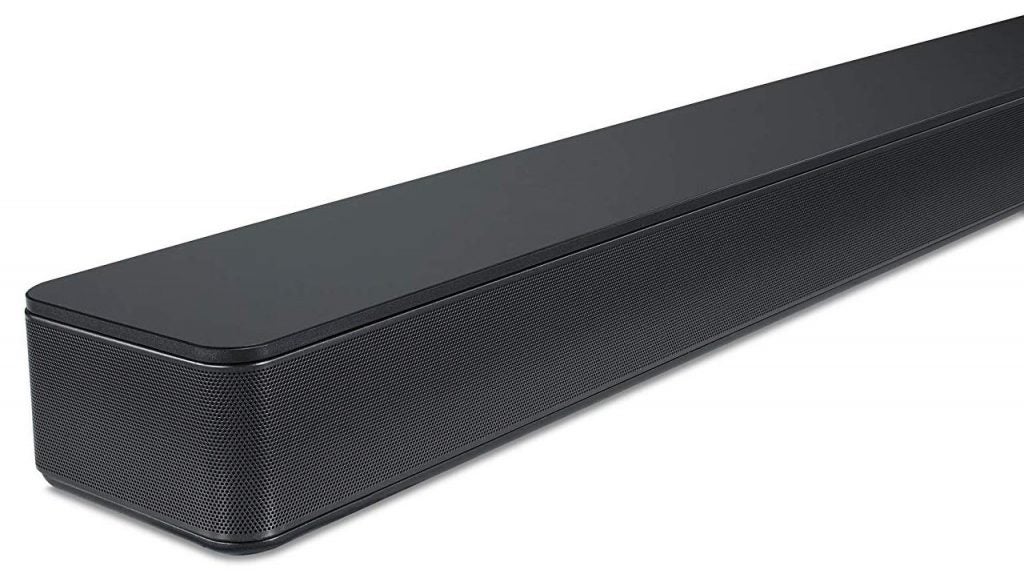 As you’d expect of a modern soundbar, the SK8 supports audio streams via Bluetooth and Wi-Fi. A little more unexpected for its price level is its support of Hi-Res Audio files. It can play these – including FLAC, Apple Lossless. WMA and WAV – at up to 24-bit/92kHz resolution.

Since the SK8 has Chromecast support built in, it can easily stream music, podcasts and radio stations via services such as Tidal, Spotify, YouTube, TuneIn, Google Play Music and Deezer. It can also be controlled via your voice, if you connect a Google Assistant speaker (such as LG’s own ThinQ models).

The SK8’s audio processing isn’t limited to its virtual Dolby Atmos system. Alongside manually selectable Movie and Music audio presets is an Adaptive Sound Control feature. This can analyse the nature of the incoming sound and adjust the soundbar’s audio characteristics accordingly.

There’s a pleasingly flexible AV Sync system, too, which can introduce up to 300ms of delay to the soundbar’s audio output, if you’re finding its sound isn’t marrying exactly to on-screen lip movements.

In my opinion, the soundbar has two main feature shortcomings. One is its provision of only one HDMI input rather than two. The other is the HDMI loop-through’s inability to pass 4K HDR signals on from, say, a 4K Blu-ray player to the TV.

This is unusual on a sub-£500 soundbar, but it does mean that you’ll have to hope your 4K Blu-ray player has separate audio and video HDMI outputs if you want to play lossless Atmos. Or you could use your TV’s ARC HDMI to send lossy Atmos sound to the soundbar if your TV supports that.

I can’t help but wonder, too, if a 2.1 soundbar can really do any sort of justice to Dolby Atmos. But we’ll get to that in the performance section. Note that the SK8 doesn’t support optional wireless rear speakers.

The LG SK8 is straightforward to set up in most areas. The onscreen display is handy for establishing Wi-Fi and Bluetooth, and the other connectivity is mostly simple. The only complication is the lack of 4K HDR support on the HDMI loop-through system. Especially if you want to make use of the soundbar’s Atmos capabilities. 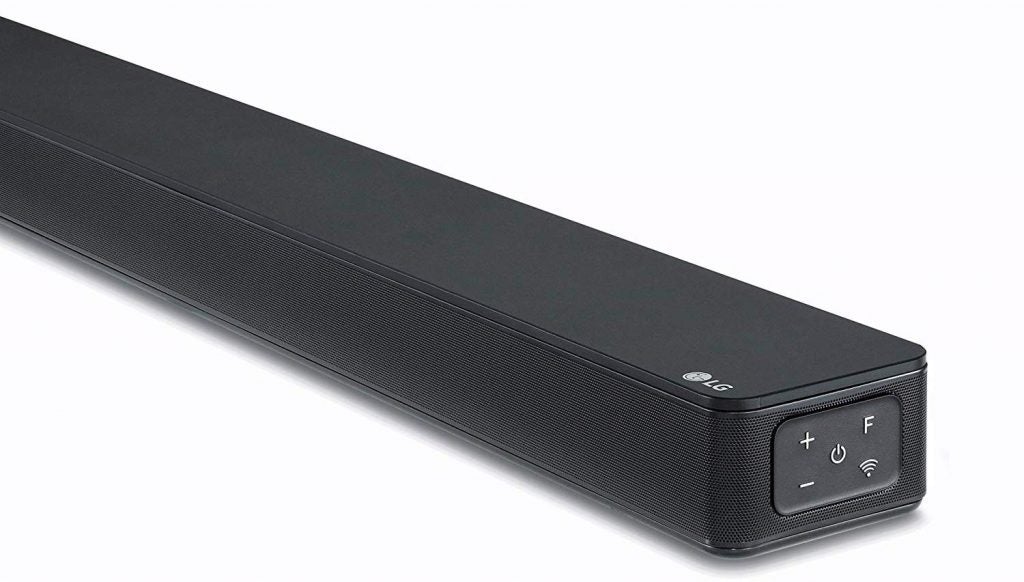 The unit handily switches automatically into Atmos mode when an Atmos source is detected. For other sources, it’s worth manually switching between the Music and Movie presets, depending on what you’re listening too. The ARC system works solidly if you’d rather have an easy life.

Oddly, the SK8’s sound is the exact opposite of what I’d expected, based on the relative sizes of its soundbar and subwoofer elements. In other words, the soundbar is surprisingly powerful, dynamic and open, while the subwoofer is oddly restrained.

Focusing on the subwoofer first: during the loudest, most bass-heavy moments of (especially Atmos) film soundtracks, the scale of the SK8’s sound actually seems to diminish rather than expand. This is presumably because the soundbar seeks to pass more bass duties over to the subwoofer, only to find the subwoofer reluctant to join in the fun.

There were even times watching films where I wasn’t entirely sure the subwoofer was working, such was its lack of ‘swell’ and expansion – even when cranked right up to its highest volume. 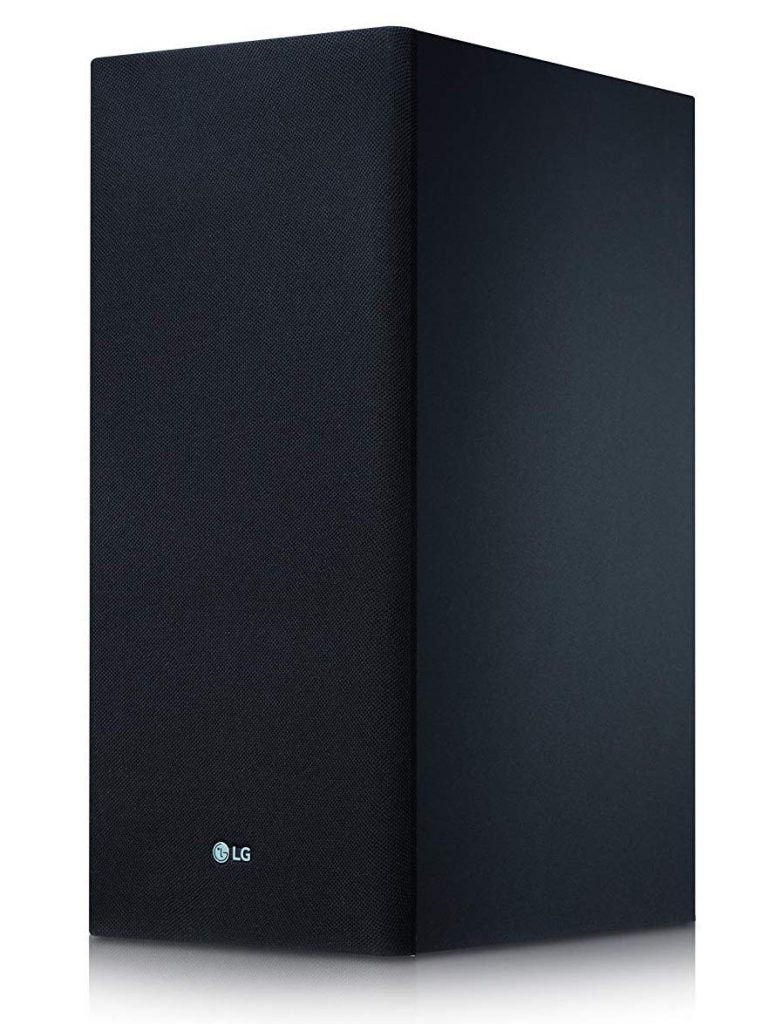 Turning the subwoofer level down to its lowest setting during a thumping action scene does finally make you realise that it is actually contributing genuine low-end rumble to proceedings. Certainly, the soundstage becomes pretty thin without it. So the issue isn’t that it can’t do bass; just that its sound is too listless to contribute to a movie soundtrack as aggressively as I’d like.

However, the subwoofer’s lack of individual aggression arguably serves it quite well with music. Here you’re usually not looking for a bass track that draws undue attention, and the SK8’s subwoofer fills out plenty of musical bottom-end without making a song and dance about it – and without sounding baggy or detached. The result is a powerful and cohesive, if not especially insightful, musical effort.

Focusing more closely on the SK8’s main soundbar element, aside from depending a bit too much on the reluctant subwoofer during movie playback, it’s enjoyably lively during films. 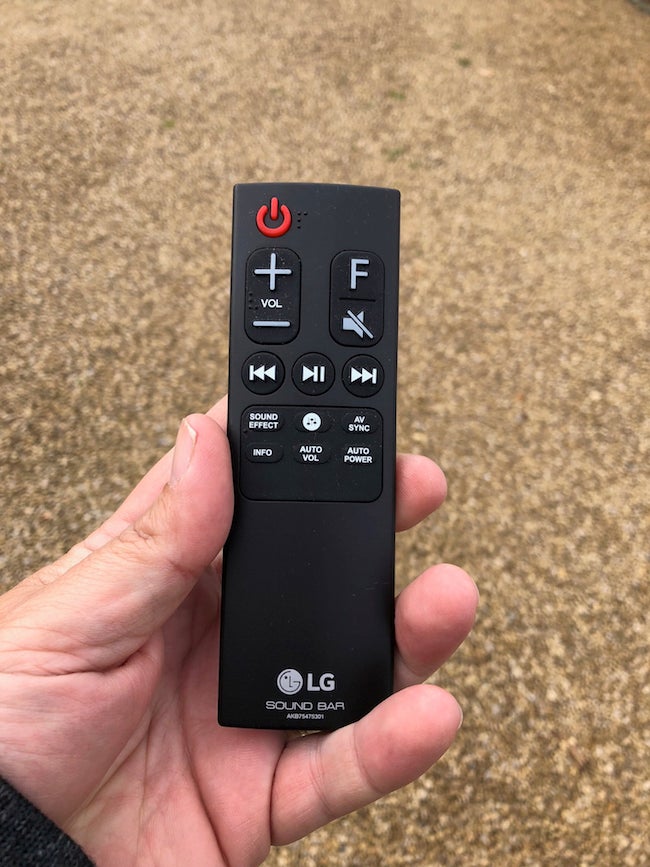 For instance, it has more than enough mid-range scale and breathing room to shift through multiple gears for action scenes. Treble detailing, meanwhile, is clear and placed with impressive precision.

This placement includes excellent left and right stereo separation that extends far beyond the soundbar’s chassis without sounding dislocated or forced. The soundstage also enjoys a genuine sense of verticality with Atmos sources. Atmos height effects, such as falling rain or overhead helicopters, clearly sound higher in the front soundstage than the rest of the mix. Height effects are even correctly placed to left and right in the vertical ‘wall’ of the SK8’s sound.

The SK8’s virtual height channel processing seems to lift dialogue a touch, too, so that it sounds like it’s coming from the screen rather than the soundbar.

Notwithstanding its limited native bass, the soundbar element is much more powerful than it looks. It propels its sound forward boldly, and has enough scale and presence to fill even a pretty large room. Moreover, it does this without the speakers breaking down into distortion or the bodywork starting to rattle or buzz. 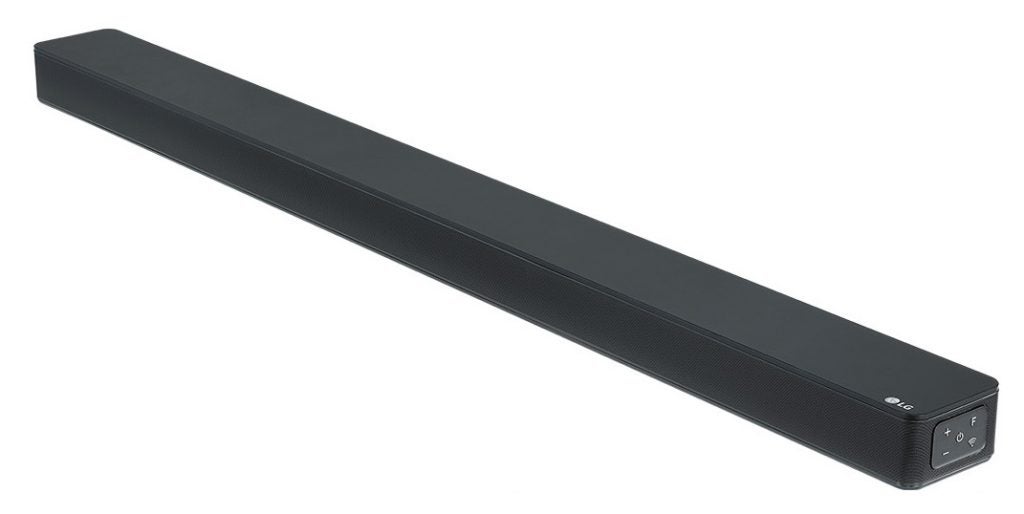 However, there are limits to the SK8’s performance. For starters, there’s really no sense of sound coming from behind you at all. The soundstage is completely in front of you. Sound clearly designed for rear channels just comes out of the front, but with a slightly muffled tone and low positioning in the vertical Atmos sound ‘wall’. With this in mind, it’s a shame there’s no option for adding optional rear speakers to the SK8 package.

Dolby Atmos height effects, meanwhile, are strictly vertical. In other words, there’s no sense of any high sounds moving forward so that they appear directly above you. The SK8’s sound can lose a little clarity/become a touch low-fi, too, when there’s a lot of vertical information for the Virtual Atmos processor to handle. This affects dialogue in particular – although I should stress that, otherwise, dialogue typically sounds convincing.

The only other issue with movie playback is that there’s a slightly clipped, sharp tone to very stand-out parts of a movie mix, which becomes more noticeable at higher volumes.

The SK8 is certainly worth considering at the £395 price that it’s recently dropped to (having started life at £500). It sounds reasonably robust and clean with film soundtracks, despite a rather flaccid subwoofer. It sounds nicely rounded and ‘together, if a little dense, with music, too. In addition, it offers a decent feature count for the money.

However, it only partly delivers upon its Dolby Atmos claims, creating one or two issues. It’s a shame, too, that there’s no virtual DTS:X support or optional rear speakers.

Not a master of either music or movies, but the attractively designed SK8 handles both well enough to look good value at its newly reduced price.