It’s commonplace for soundbars to ship with wireless subwoofers. These traditional 2.1 packages allow the bar to be extremely slim, with deeper bass handled by the subwoofer. But what if you don’t want to clutter your floor space with a bulky sub? Enter the SH6, an all-in-one solution that drops deeper than you might imagine.

Tipping the scales at 5.3kg, the SH6 isn’t a lightweight model. The first thing that strikes when unpacking it is the quality of its finish, and its size.

Measuring a substantial W1060 x H76 x D145mm, this soundbar is best partnered with larger flat-screen TVs of 50 inches and over. While most users will park it in front of their TV, it can also be wall mounted. The front grille is dressed with ‘acoustically treated metallic fabric’. 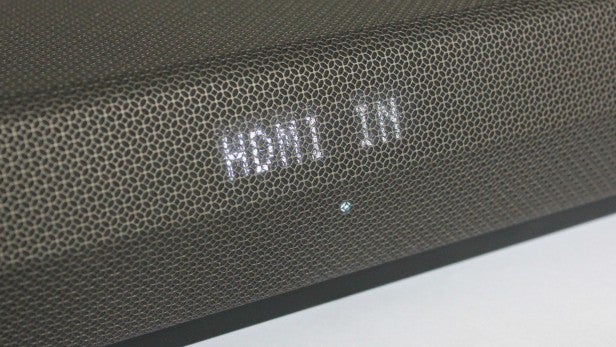 The soundbar ships with a small IR controller. This offers dedicated buttons for each source, as well as volume and presets. There’s also variable bass control. Additional functionality is available through LG’s companion control app.

The SH6 proves a doddle to use. Setup is intuitive, and best managed via HDMI ARC. There’s a helpful text display behind the fabric grille that relays source and volume.

Since Google Cast is built in, it’s a snap to stream directly from a mobile with any Google Cast enabled app; the SH6 instantly shows up as Soundbar. File support covers FLAC, WAV, MP3, AIFF and AAC.

The SH6 also integrates with LG’s MusicFlow multiroom ecosystem. When on the same network as other wireless MusicFlow speakers, it can receive audio from any connected source, as well as act as a source for any connected speaker. 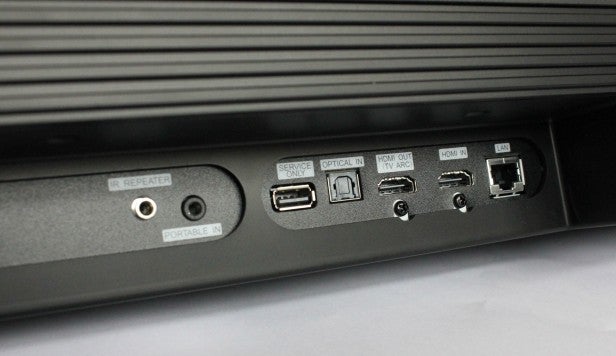 Sonically, this big LG is ready to surprise. Rated at 150W, it isn’t short of muscle. Crank up the volume and you’re confronted by a wall of widely spread sound, characterised by crisp detail and an excellent mid-bass performance.

Imaging is essentially stereophonic, but the SH6 never sounds constricted. A Cinema sound mode further emphasises depth and width. Dialogue is separated from score and effects, making even the most bombastic of blockbusters intelligible. 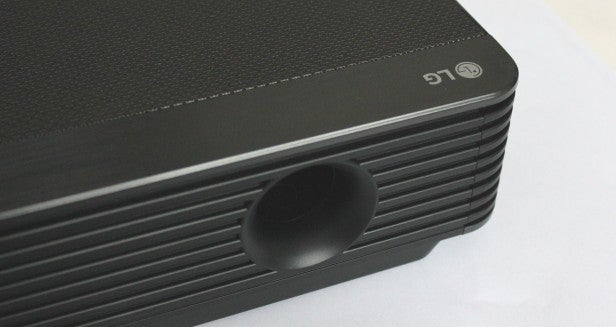 The SH6 will down-mix Dolby TrueHD and DTS-HD Master Audio. It’s happy with either codec – not all soundbars can claim the same. There’s some clever sonic contouring on offer, too. The SH6 uses ASC (Adaptive Sound Control), which automatically adopts the right profile for connected sources. This seamlessly works in the background.

The six woofer/two tweeter configuration includes top, as well as forward-facing drivers for a left, centre and right presentation. This deployment is particularly noticeable at the opening of Gravity (Blu-ray). The award-winning sound mix places Mission Control comms, Sandra Bullock and George Clooney wide and disparate. Here, the imaging is appropriately precise and dramatic. The spatial placement offered by the SH6 creates the illusion of a theatrical soundspace. 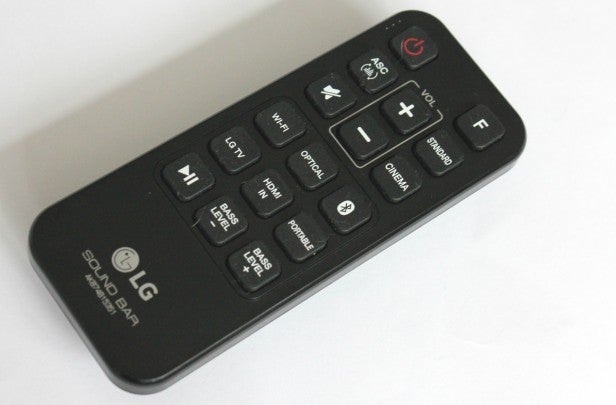 Amazingly, this relatively inexpensive soundbar had no problem filling a dedicated home-theatre room, standing in for a separate left/centre/right speaker array. Its soundstage is dynamic – for a sub-less sound system, this is quite a trick.

A firefight in Band of Brothers (Blu-ray) is delivered with fabulous ferocity. Narration is locked dead-centre, while gunfire erupts from the extreme edges of the sound field. Even though there’s copious volume on tap, the SH6 exhibits no overt distortion or grittiness when driven hard. 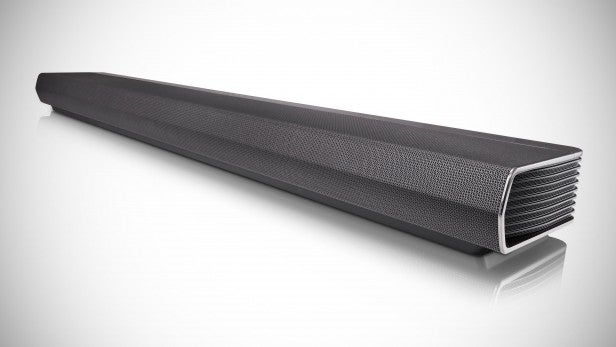 This soundbar may ship without a subwoofer, but you can upgrade the system to multichannel at a later date. A One Button Home Cinema setup allows optional MusicFlow rear speakers to be paired for a wireless multi-channel surround experience. 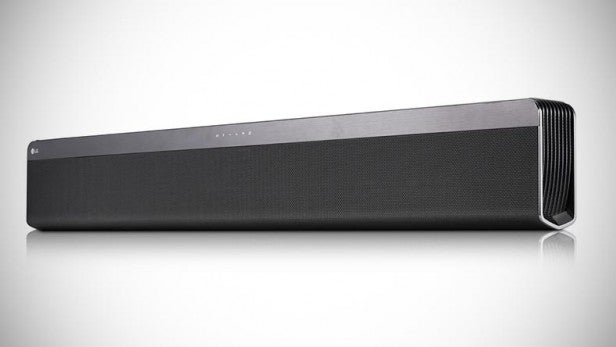 Musically, the SH6 can be considered entertaining enough. In truth, the simpler the sonic content, the better the SH6 fares. For most genres it performs well, but classical orchestras tend to congeal.

As part of a larger MusicFlow Multiroom system, speaker synchronicity is beat perfect.

The SH6’s 3.5mm jack was offered up to an Amazon Echo Dot, which offers voice control over Amazon Prime Music and Spotify, as well as countless TuneIn radio stations. The soundbar’s inherent vocal clarity serves the Dot well when it comes to radio drama, talk radio stations and podcasts. 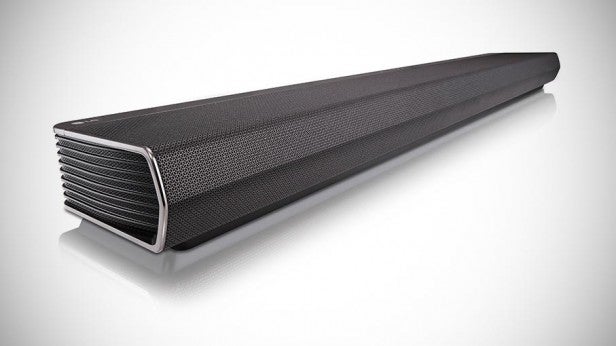 Should I buy the LG SH6?

If you’re after an excellent soundbar that doesn’t break the bank, then yes; this LG punches well above its weight. The more I used the SH6, the more I liked it. Its mid-bass performance was profound enough not to miss a separate subwoofer. The SH6 may not offer comparable LFE to a dedicated subwoofer – but, conversely, there are no setup complications or localisable sound issues either. It’s a fair trade.

Functionality is first-rate. The SH6 is a compelling advert for MusicFlow multiroom audio, and the integration of Google Cast adds extra convenience when it comes to content streaming.

The SH6 is an articulate and entertainingly bolshy soundbar, giving the far more expensive Sonos Playbar a run for its money. Factor in the expansive roster of features, and the SH6 is a bargain buy in the best sense.