I can see the point of giving mobiles names rather than numbers. Names can be descriptive and create a certain cachet. But LG can choose some oddly meaningless names. Take Shine, Chocolate, Prada and Viewty, for example. Only Prada really says much to me, and all it manages to say is ‘fashion brand tie-in’.


Still, LG likes the idea, and now we have the Secret, also known as the LG KF750. It is the third launch in the company’s Black Label series, which also spawned the previously noted Chocolate and Shine. 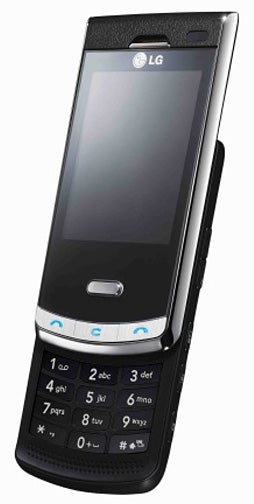 This is definitely a neat looking mobile. It is a slider, so the number pad is hidden away till you need it. It has a black and chrome livery with a horizontal strip of plastic with a faux leather patterning at the head of the handset. There is more of this on the back alongside a carbon fibre patterning on the battery cover. It is distinctive, though I could easily pass on the faux leather.


The Secret is designed to be tough with carbon fibre used in the body and tempered glass employed for the screen to help with scratch resistance. It is a shame with all that attention to design detail that the screen readily attracts greasy fingermarks. 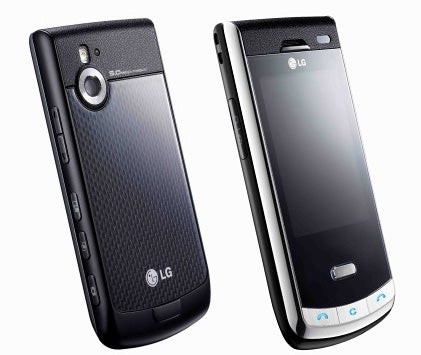 This is a small and thin mobile. Officially the measurements are 102.8mm tall, 50.8mm wide and 11.8mm thick. And the handset weighs 116g. So it is very much on the neat side for a mobile phone. With the slider opened I measured it at a more generous 137mm tall.


LG has crammed features into this thin phone. They include a 5-megapixel camera with video shooting at 120 frames a second; some nifty video editing capability; music playback and FM radio; support for reading Microsoft documents; and a pre-loaded Google package which caters for Gmail, Google Maps and YouTube video watching. There is 100MB of internal memory and a micro-SD card slot that supports cards up to 4GB. The slot is under the battery cover and is easy to get at.


With all that multimedia on board you’ll be pleased to know that the Secret supports HSDPA as well as being quad-band GSM.

The screen is vibrant and sharp, its 240 x 320 pixels delivering plenty of detail in the 2.4-inches of display area available to them.


There is a big gap between the bottom of the screen and the Call, End and Cancel buttons that hug the bottom of the front fascia. In that gap there is just one button. A wide, lozenge-shaped, silver select button.


It appears to be surrounded by a sea of black, but that is not the case at all. Activate the phone and you are treated to six touch controls. Two of these are softkeys; the other four are for directional movement. They are all backlit with a cool blue colour and get a pulsing frame made of ever larger circles when one is activated. And you get a teeny vibrating response and a beep too.

These controls responded fairly well to presses though I often found it easier and quicker to open the slide and use the number pad instead, praising LG for including key number mapping on its menu options. And it has to be said that the touch-buttons aren’t nearly as exciting as the ever-changing set used in LG’s KF600.


It was irritating that, to use the slide, I inevitably found myself pressing on the area beneath the screen and in doing so pressing a touch-button. To make a selection I didn’t want just because I was opening the slide to get to the keyboard soon gets very annoying and is something LG needs to rethink.

There is a touch element to the screen too. But only when you are in what LG calls its Touch Media mode. You get here by using a side button and then have access to photos, music, documents, the FM radio and six games. In music mode you can use the main screen to pause, play, change volume and so on. To be honest it felt a bit gimmicky rather than a true integrated touchscreen.

The phone has a front-facing camera for video calls, too, but it is the main camera that gets the glory. With a small LED flash and autofocus as well as that 120 frames per second video shooting and a macro mode it sounds well-equipped.


The macro mode proved very good. The ”Sempervivum” photo, taken using this mode, shows this small (just a couple of centimetres across) succulent plant in good detail and the colour capture is spot on. The white flowers were photographed quite close up too, though this time not close enough to need the macro mode, and again the shot is quite sharp and clear. 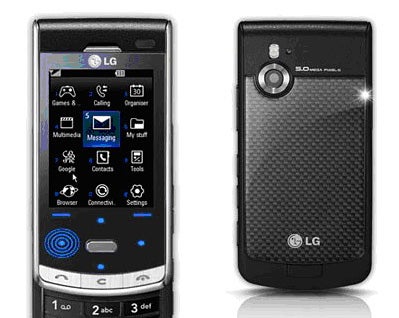 Indoors my trusty standard photo of the coloured dish, photographed under normal household lighting with auto settings for the camera, is not as well lit as I’d have liked, but the metering didn’t deem the flash necessary and definition and sharpness are both fine.


While autofocus is welcome I found it a bit of a fiddle. As usual you depress the side-mounted shutter button slightly to trigger the autofocus. However, I found that the autofocus had a habit of hunting for the focal point for quite a while (even in good light), and so it’s easy to press the button all the way and take a photo before the focussing is complete.


With its FM radio and music playing pretensions it is a real pity that I was not loaned this handset for long enough to do a full battery rundown. However LG’s own paperwork suggests you should get 229 minutes of GSM talk, 123 minutes of video talk and 260 hours of standby. None of these are groundbreaking specifications and I would suspect a charge every couple of days to be the average requirement.


LG needs to refine the camera autofocus button control and consider implementing the touchscreen system throughout, but on the whole there is a lot to like here. 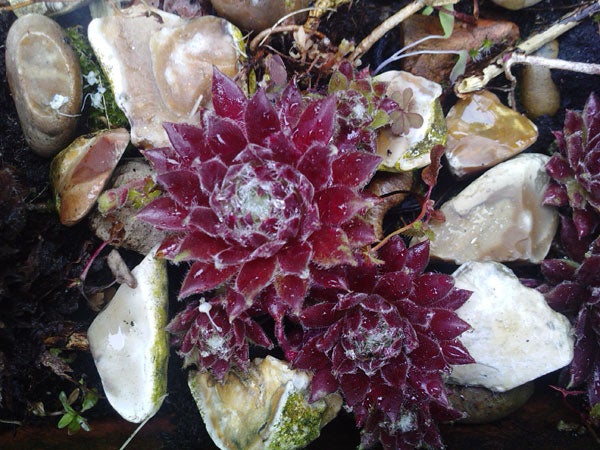 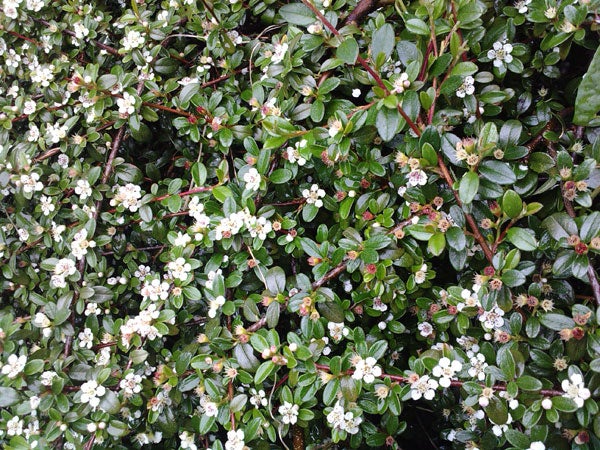 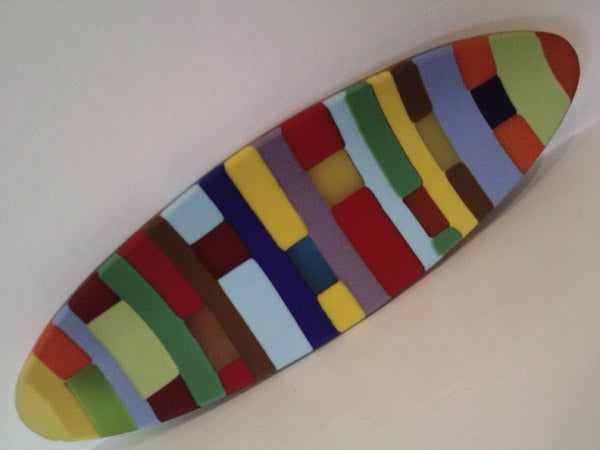