The RHT497H is one of three new DVD/HDD combi recorders from the LG stable, and like last year’s models they set out to provide a decent range of features without making much of a dent in your bank balance. With its 160GB hard disk, the RHT497H is the cheapest of the trio, but if that’s not enough storage space then you could opt for the RHT498H (250GB) or the RHT499H (320GB) – apart from hard-disk capacity the three decks are identical.


The RHT497H is equipped with a single Freeview tuner and the full range of Freeview+ features, including Series Recording. This makes it easier to record your favourite programmes, but once again the lack of twin tuners prevents you from recording one channel and watching another, denying you the flexibility of PVRs like Sky+ or the twin-tuner DMR-BS850 from Panasonic. It’s a shame but not unexpected.

Like previous LG models, the RHT497H also features a ‘Super Multi’ DVD drive, which means it can record onto a wide range of DVD formats – DVD-RAM, DVD+RW/+R, DVD-RW/-R and DVD+R Double Layer. Slip a DVD+R DL disc into the tray and you archive up to 21 hours’ worth of recordings, although that’s using the low-quality MLP mode – we don’t recommend using anything lower than LP mode for archiving, which offers up to 7.3 hours. As for the hard-disk, it holds between 43 hours in top-quality XP mode and 477 hours in MLP.


On the outside, this year’s recorders have been treated to a major makeover and look even more attractive than the previous generation. Gone is the silver top panel and stripe through the fascia, and in comes a sexier all-black design with a button-free front panel, except for a central circle that lets you switch between DVD and HDD. It’s surrounded by a ring of light, which illuminates blue or red when recording, while the fairly small display panel to the right shows the channel number for a few seconds then reverts to the clock (or the elapsed time during playback).

The entire right hand side of the fascia drops down to reveal a row of buttons – play/pause, stop, record and HDMI resolution – plus DV, composite, analogue stereo inputs and a USB port. This can be used to play back DivX, MP3, WMA and JPEG from a USB flash drive, or to copy any of these files onto the unit’s hard-disk and turn it into a multimedia centre.


Rear-panel connections are generous. The roster includes an all-important HDMI output, and thanks to the built-in upscaler it can send video to your TV in 1080p, 1080i or 720p. It’s joined by component, RGB Scart and S-video outputs, while on the audio side you’ll find analogue stereo output and a choice of optical and coaxial digital outputs, which supply Dolby Digital, DTS and PCM signals to your AV amp. Naturally you’ll also find a Scart input for hooking up an external digibox or a VCR for tape archiving, and thankfully it accepts RGB, S-video and composite video signals.

On the whole, the RHT497H is easy to use. Power it up for the first time, and it runs through a series of installation screens with fetching graphics, setting the language and clock, checking the antenna and tuning in the digital channels to save you doing it later.


From then on, most of the deck’s functions are accessed from the Home menu by pressing the well-signposted button on the remote. LG hasn’t updated the GUI found on last year’s models, but that’s no bad thing given its clear and attractive nature – and we’re glad that the dissolving menu transitions are still there. Once again we find the Home menu sporting the horizontal bar across the top, breaking down the options into movie, music, photo, TV and setup with icons next to each one. It’s satisfyingly responsive and each of the submenus is well structured and easy to read.

The remote hasn’t been updated either, but should have been – the layout is cluttered and the programme change, EPG and Record keys are initially hard to spot. Many of the buttons are also too small and you can’t use the remote to toggle through the recording modes – annoyingly you have to enter the setup menu to do so.


You can record a programme on the fly as you watch it, or schedule recordings from the eight-day EPG. The layout of this is fairly basic but at least that makes it easy to find the programmes you want, and we’re pleased to see it superimposed over live TV. Unusually you can’t jump forward and back 24 hours, instead you have to select the date and hit OK. The yellow button lets you switch to a Now/Next single channel view, while the blue button brings up the programme synopsis.


Although this EPG is easy to use in most respects, we’re still not impressed by the way Freeview+ has been incorporated. Like last year’s models, when you select a programme to record a menu appears offering four cryptic options: ‘Simple recording’, ‘It can be recorded as series’, ‘Impossible to separately record the program’ and ‘No recommended program information’. Although we get the gist, they’re hardly the most user-friendly descriptions – what’s wrong with ‘Record Once’ and ‘Record Series’?

The Freeview info banners are much better, using large boxes and an impressive array of information, including the aspect ratio, presence of MHEG content and the genre.


Recordings are stored in the impressive Title List menu, which displays all the titles with a moving thumbnail, as well as the name, date and duration. Recordings can also be filtered using the genres down the left hand side. You can also access the editing menu from here or rename titles with a virtual keyboard. After a recording has finished playing, it stops and returns you to live TV. It’s also worth noting that the unit records subtitles, which turn on automatically when timer recordings start, although they can be turned off during playback.

Non-linear editing features can only be carried out on DVD-RAM, VR-formatted DVD-RW discs or the hard-disk. You can combine two titles into one, divide them in two or delete part of a recording. Chapters can be added manually or automatically in 5, 10 or 15 minute intervals, but there’s no ‘smart chaptering’ mode as found on the latest Sony/Pioneer decks. Additionally, on DVD-RW or RAM you can create title/chapter playlists without affecting the original recordings.


Elsewhere you’ll find a Timeshift mode, which temporarily stores the current signal in a buffer memory and makes it possible to pause and rewind live TV, plus you can keep the temporary recording if you wish. And like any good DVD/HDD combi, you can watch something from hard-disk or DVD while recording something else.

For all its flaws elsewhere, there can be no complaints about the unit’s recording quality. Live TV and Freeview recordings in XP, SP and to some extent LP look sharp and clean, with fluid movement, natural-looking colours and excellent noise suppression. The deck uses DVFX technology for recording and playback and on this evidence it does a decent job.


EP mode is just about watchable, but MLP recordings look absolutely dreadful, to the point where there’s very little point in using it. The whole picture has no definition or detail whatsoever, and the screen looks like it’s been smeared with Vaseline.

As a DVD player, the RHT497H neither dazzles nor disappoints, delivering solid pictures that should suffice for day-to-day viewing. With Star Wars Episode III boosted to 1080p, it delivers plenty of detail, deep colours and smooth movement tracking, although there are some unwanted artefacts visible on the HQV test patterns.


While you can quite happily use the LG as a CD player don’t expect fireworks, but the Dolby Digital-encoded stereo sound for recordings is clear and dynamic – we had no problems hearing dialogue and subtle noises during any of our recordings, even at low volumes.


Being reviewed so soon after the bar-raising Panasonic DMR-BS850, the RHT497H was always going to suffer by comparison. But the LG is aimed at a different audience, namely buyers on a budget who want a way of receiving and recording digital TV without the hassle of satellite dishes or subscriptions. And on that score it does a decent job, offering lots of recording features, clever editing functions and decent multimedia support at a very appealing price.


That said, there are several niggles – the single Freeview tuner is a major restriction, the Freeview+ functionality is awkwardly incorporated and the remote needs work. But perhaps the most disappointing aspect is that there isn’t a great deal of difference between the 497H and last year’s models, except of course for the much improved aesthetics. Let’s hope LG can iron out the creases and give us something a little bit different next time round. 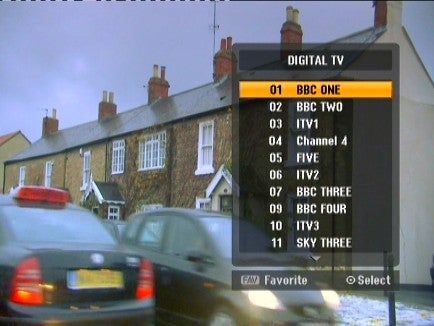 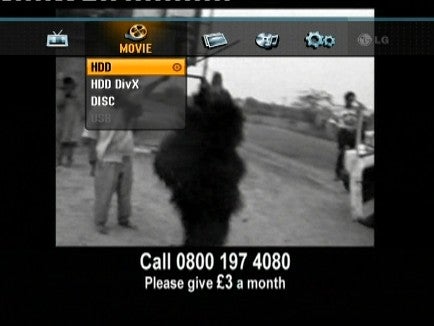 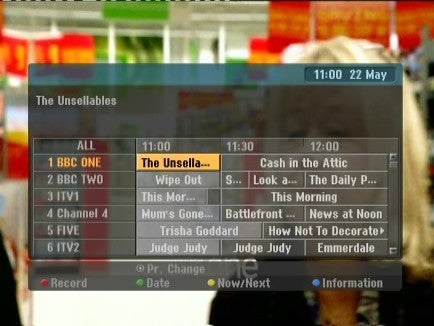 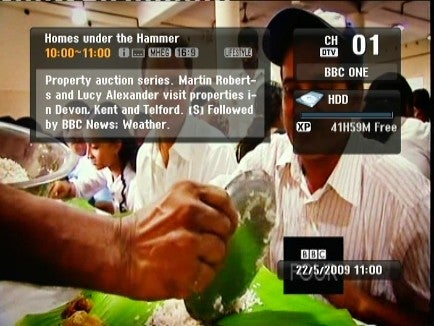 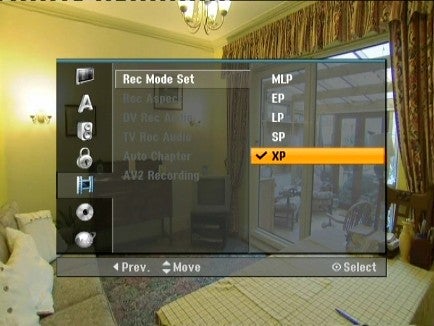 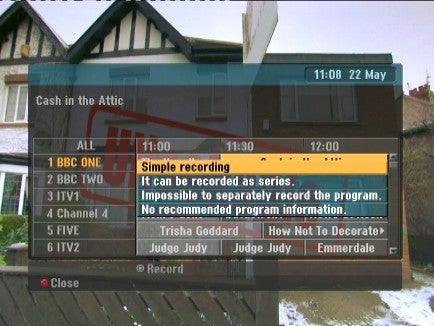 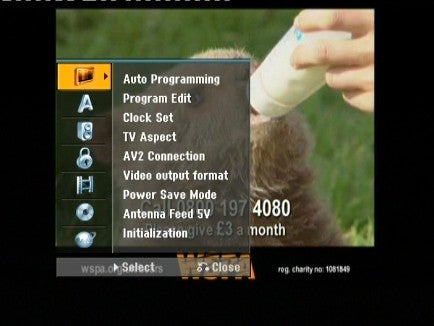 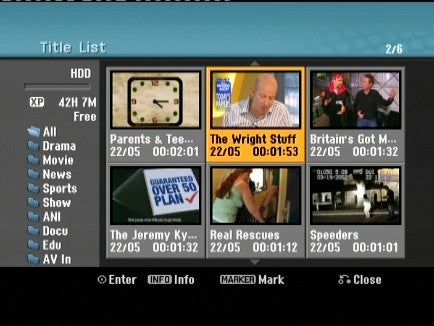 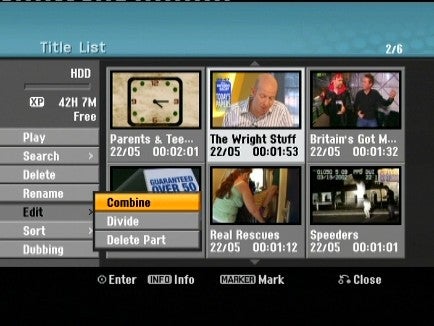 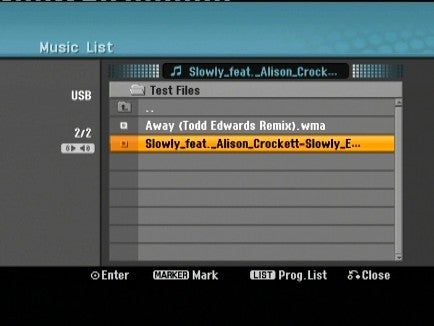 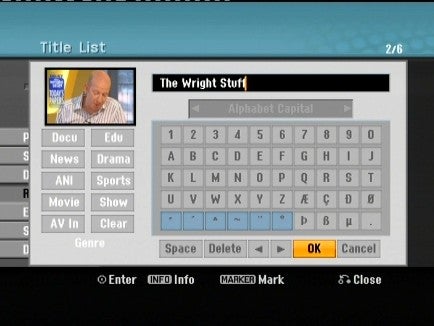