As Gordon pointed out a few weeks ago 8-megapixel cameraphones are like buses. You wait ages to see one, and then three come along at the same time.


Well, I’ve already seen Samsung’s i8510. Its camera took some good photos, but had some issues too. Read the review for the full low-down, but the shortened version is that the i8510 came out with a TrustedReviews Recommended award for which the camera was just one constituent part.


Now I have the second of the flotilla of three 8-megapixel cameraphones in my hands – the LG Renoir KC910. This is a 3G handset with HSDPA to 7.2Mbps, a front-facing camera for video-calling and Wi-Fi as well as Bluetooth among its non-camera treats. There is about 100MB of internal memory and micro SDHC card support. The phone didn’t baulk at my 16GB microSD card.


In order to differentiate it from the current pack of 8-megapixellers (all three of ‘em), LG says the Renoir KC910 is the slimmest one on the market. 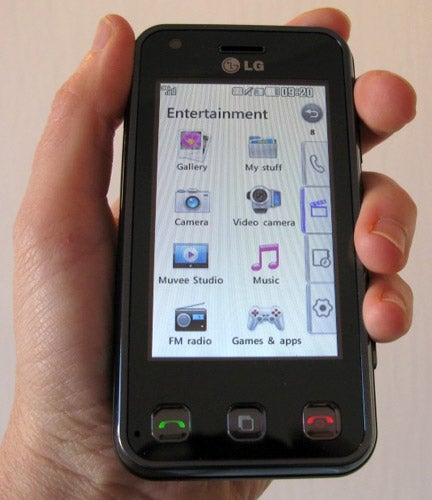 
There are three buttons beneath the screen. The End call button doubles as the on/off switch, there is a Call button, and between them is what LG calls the ‘multitasking key’. Hit this and you can switch between running apps. They pop up on screen in an icon based menu and you tap the one you want. A second, tabbed screen gives you access to a grid of nine favourite shortcuts.

Menu items are organised into groups: Communicate, Entertainment, Utilities and Settings. You can move them around between groups by dragging them. So if you really want to take the New Email option out of the Communicate Group and shove it in the Entertainment group instead, you just drag it from the array on screen to the side-docked Entertainment tab.


The main screen can be populated with ‘widgets’. Tap a W on the idle screen and a menu bar appears along the bottom of the screen to and from which you drag items. Widget are both local and online. Widgets on the phone at launch provide the time, a calendar, world clock, notes, a photo, shortcuts to the handset’s radio, and music control, important contacts, and an online widget that’ll get you a weather forecast. 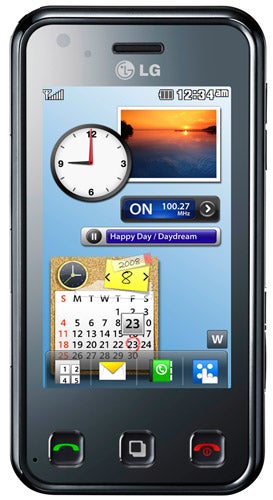 All round I have to say that the touchscreen is superb. It’s intuitive to use, well thought through, and I found it extremely easy to get around. I’d go as far as to say this is the best touch interface I’ve seen on a handset.


The camera is brimming with features. There is autofocus, macro mode, a Xenon flash and the ISO stretches from 100 to 1600. There is a mechanical lens cover but here’s no optical zoom, although you can go digital up to 16x. You can also geotag images. 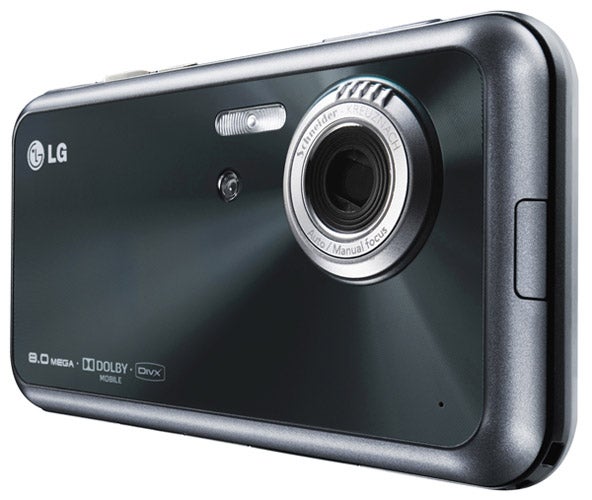 Importantly, the controls are easy to use. You tap the screen to toggle a whole range of icons on and off, and then use them as you see fit. When you don’t want the icons any more a screen tap shuts them down and the whole screen acts as your viewfinder.


There are some neat things I’ve never seen before. You can click the shutter using a button on the earphone cable. This can help with taking shake-free photos when you are holding the camera above your head. Even better in my view, you can tap a point on the screen and that becomes the focal point. When you take your finger away, the photo is taken.


There are various shot types. Beauty shot seems to lighten up faces in photos to make them seem sharper. Art shot alters colours to give you warmer or colder shots. Continuous shooting gives you seven rapid-fire photos. There is also face detection, blink detection and smile detection.

When it comes to shot quality I think this camera has the edge over the Samsung’s i8510. It didn’t do too well in harsh lighting conditions, either in low indoor light or high contrast outdoors, but when it was good it was very, very good.


Indoors and photographed under normal household lights the coloured dish is clear and sharp. Outside the chair is perfectly acceptable though the white is not quite as uniform as I’d like. The flower’s colours are well reproduced and that shot is sharp. The cat had to appear again having been a subject for the i8510. This time he is in close-up via the macro mode, and the definition is really very good. 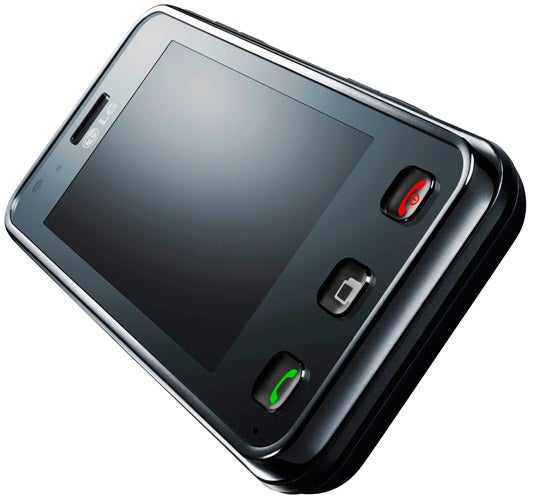 There is a lot more available here too. Briefly, the phone shoots VGA video at 30fps, QVGA at 120fps. There’s TV-Out support, and an applet called Jogging Buddy which takes advantage of A-GPS to track your distance travelled and will also monitor time and record calories burned. There is an accelerometer for auto screen rotation and a rather good tappable keyboard which occupies about &frac34 of the screen in landscape orientation when you want to type out texts and emails. The phone plays DivX and Xvid files too.


Of course this phone plays music, and Dolby has had input into the software. Sound quality was definitely good, but I was disappointed that LG had not bothered to build a 3.5mm headset jack into the handset. As my review sample wasn’t a final boxed unit I didn’t give the battery a rundown test. If final boxed phones are as good as the one I had in my hands, though, you should get a couple of days of use between charges if you don’t thrash the battery-sapping music player or Wi-Fi.


This is quite simply one of the best phones I’ve seen in ages. Its camera tops the i8510, though it still isn’t up to what you’d get from an 8-megapixel dedicated digicam and is not itself a reason to buy. But the range of additional features is excellent, and very importantly, overall user ergonomics are excellent. LG just nosed in front in a very competitive race. 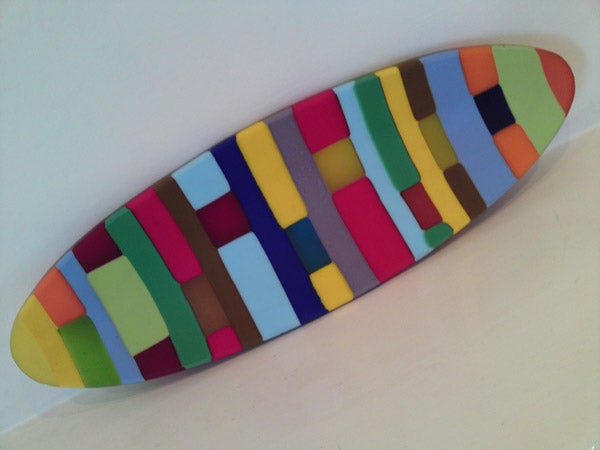 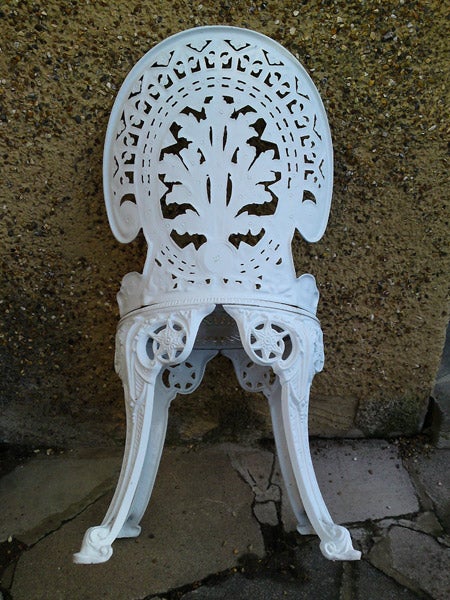 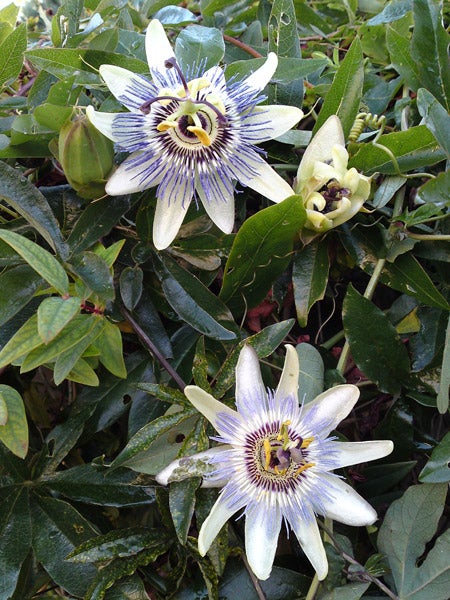 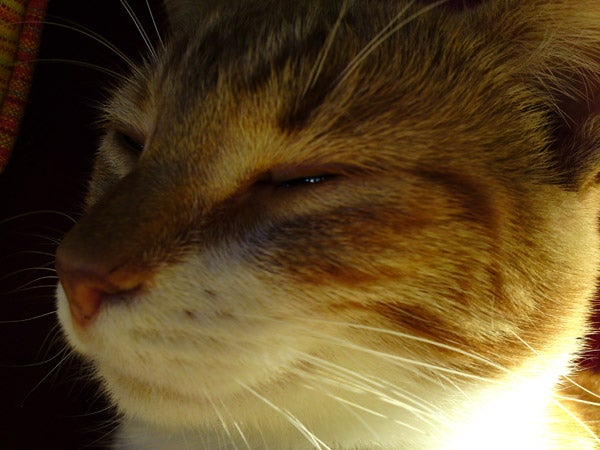