When it comes to the processor LG has used a 1GHz single-core Snapdragon chip, which perhaps isn’t a surprise given this mobile’s low price point. It’s not particularly quick as its benchmarks show. It managed to reach just 37.409Mflops in the Linpack test and scored a relative lowly 388 in Geekbench 2. It wasn’t much cop for 3D gaming either as it only reached 3.9fps in GFXbenchmark, although it didn’t fully complete the test.

Benchmarks only tell part of the story, however, as the L3 II certainly doesn’t feel massively sluggish when you’re using it. This is partly due to the fact that it runs the Jelly Bean version of Android, which is much more responsive to user input than the older Ice Cream Sandwich release.  In fact, the L3 II responds pretty rapidly to taps on the screen or zooming gestures in the Photo Gallery and Google Maps apps. It performs fine with less intensive 3D games too, such as Temple Run 2, as well as multimedia apps like Youtube or social networking ones such as Facebook. You will notice some slow down when you’ve got lots of apps open and are trying to quickly jump between them, or when the web browser is struggling to render more graphically rich websites. 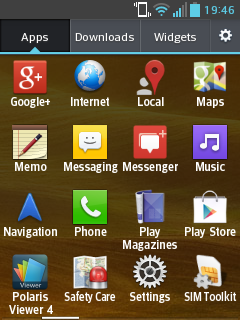 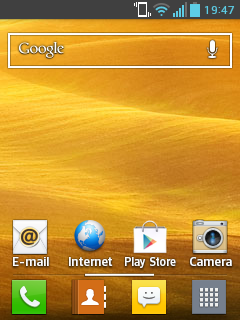 LG has made a few changes to the standard Android user interface. For example, to unlock the phone you tap on the screen and drag a circle that gradually increases in size to reveal the homescreen beneath. There are also shortcuts on the lockscreen for directly launching into stuff like the camera app and dialler.

The notification tab includes quick switches for mobile data, Wi-Fi, Bluetooth and GPS amongst other features, while the app drawer has tabs for Apps, Downloads and Widgets with icons for those laid out across sideways scrolling pages in a 4×4 grid. Handily you can also uninstall apps by ticking on the settings button in the app drawer and then tapping the ‘X’ next to the top of the icons, much as you do on the iPhone.

On the whole, it’s all pretty straight forward and easy to use, but there’s nothing radically different here to what you get on other manufacturer’s Android phones.

There are few surprises with the L3 II’s contacts book, as it’s pretty much identical to what you’ll find on other Android Jelly Bean phones. Contact cards can contain all the usually information such as telephone number, email address and home address, as well as a photo. You can assign different ring tones to different callers and it’s easy to sync contacts with online services like Gmail and Outlook.com. The contacts book also has a favourites tab that it handily automatically fills with the people that you contact most often.

Call quality is merely so-so. At lower volume levels the earpiece sounds pretty crisp, but if you crank up the volume much past half way it starts to distort and it’s particularly bad at full volume and makes callers difficult to understand. 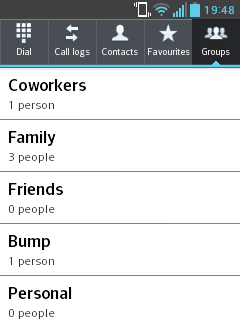 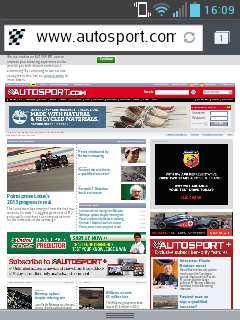 The L3 II has Google’s Chrome browser onboard, which is a plus as it’s pretty speedy, easy to use and has a nice, neat interface for jumping between different open tabs. Due to the lowly single-core processor this phone is a fair bit slower at rendering richer websites, such as the BBC’s standard desktop sites, than most mid-range handsets, but it’s not a deal breaker. In the Browsermark benchmark it scored 746 while it completed Sunspider in 2304.5ms, neither of which are particularly good results.

What is more annoying, though, is that its small, low resolution screen means you have to do a lot of zooming and resizing to actually read most sites, and even then text looks quite blurry and indistinct.