On the camera front, the L3 is pretty basic. It lacks a front facing camera so you can’t use it for video calling in apps like Skype or Google Talk. The rear facing camera isn’t particularly amazing. It’s only got a 3.0megapixel resolution and doesn’t have autofocus. However, the camera app does have a cool voice activation features. Tap this and then say one of five trigger words – including cheese, smile or kimchi – and it’ll automatically fire off the shutter. It works very well indeed and is quite a handy feature to have, especially for selfies or snaps with groups of friends. 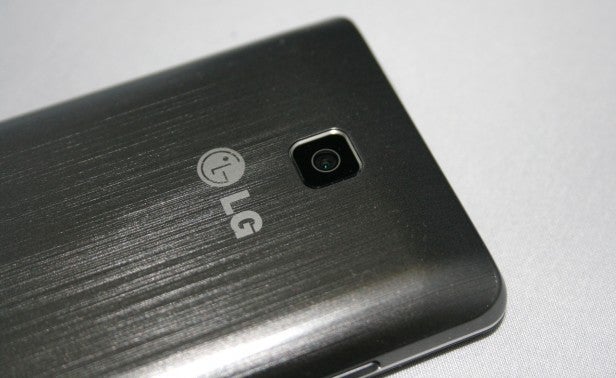 Pictures are good enough for uploading to social networking sites, but their failings become very obvious when you transfer them for viewing on a computer. Colours tend to look a bit washed out, even for shots taken n sunnier days and detail levels are best described as smudgy. It’s quite poor when working in low light too and doesn’t have an LED flash to help it along, so expect photos from gigs or dingy pubs to come out looking very dark and noisy.

LG is pushing its Quick Memo app on the L3 II.  Although there isn’t a dedicated hardware button for launching this app as there is on the higher-end Optimus L5 II, a shortcut button for it does sit in the Notifications tab. You can unpin the shortcut from here so it floats on top of your homescreens or open apps.

With Quick Memo you can write on the screen in long hand with your finger and then save the result as an image file. However, although it’s useful on the L5 II, it’s less useful here simply because the L3 II’s screen is so small you can hardly fit any writing on it, even if you try writing with your fingernail rather than a finger tip.

LG has also pre-loaded the Polaris Viewer 4 app on the handset, which lets you open and view Microsoft office files. However, it doesn’t let you edit them. For that you’ll have to shell out for the full version of Polaris.

LG’s music playing app is fairly basic and doesn’t include stuff like EQ settings. However, it does have a shuffle play mode as well as a handy sleep timer if you like to doze off at night while listening to tunes. 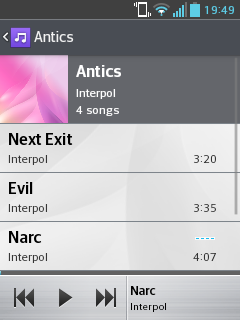 The video player supports a reasonably wide selection of video formats including MP4, Xvid and MKV files, and you can adjust the brightness level just by sliding up the screen, while sliding across the screen fast forwards and rewinds the video. The player can’t handle multichannel soundtracks, though, so you’ll probably be better off using something like the free Dice player instead. 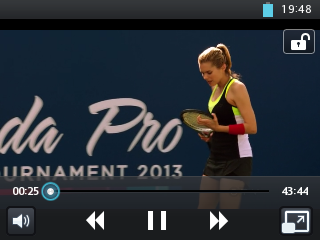 LG Optimus L3 comes packing a 1,540mAh battery. As the phone relies on a fairly slow processor and has such a small screen, that’s a pretty generously sized battery pack. It’s no surprise then to find that it’s actually a very good performer when it comes to battery life. With the screen brightness set to its mid level we found we could usually get around a day and a half out of it before it needed to be topped up with juice. 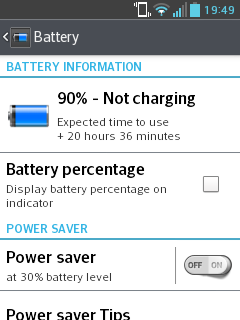 The LG Optimus L3 II only has the basics in terms of connectivity. It lacks 4G and doesn’t have the NFC support that you get on the company’s L5 II model, although given the price that’s not exactly a surprise. However, it does have 3G onboard and as you’d expect, Wi-Fi and Bluetooth are supported too.

Verdict
We like the fact that the LG Optimus L3 is small and pocketable and comes with an affordable price tag. It also has good battery life and a neat voice activated camera shutter feature. However, the tiny, low-resolution screen makes web browsing a bit of a chore, it’s camera isn’t great and call quality could be better too.