Android handsets don’t come much smaller than the LG Optimus L3 II. It stands just 102mm tall so it will go hardly noticed in your pocket or bag. It’s cheap too, as you can buy it from O2 on Pay As You Go for a shade under £80, but does this mobile’s compact size hamper its usability? 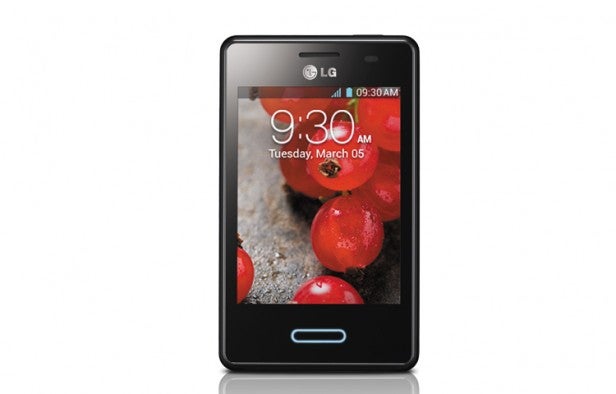 High-end mobiles like the Xperia Z and Galaxy S4 may be growing ever larger in size, but LG is going in the other direction with the L3 II. It’s one of the smallest Android mobiles we’ve seen in quite some time. This is mainly due to the fact that it uses a very small 3.2inch display allowing LG to squeeze it’s height down to just over 10cm, but it’s not much narrower than a lot of it’s larger screened rivals as it measures 6cm wide.

From the front at least, the phone doesn’t look much different to the original Optimus L3 that LG introduced last year. It’s got the same piano black finish on the bezel around the screen and the elongated home button that sits beneath the display. However, the home button can now light up with different colours to notify you of stuff such as missed calls and new emails or text messages, which is a neat touch. 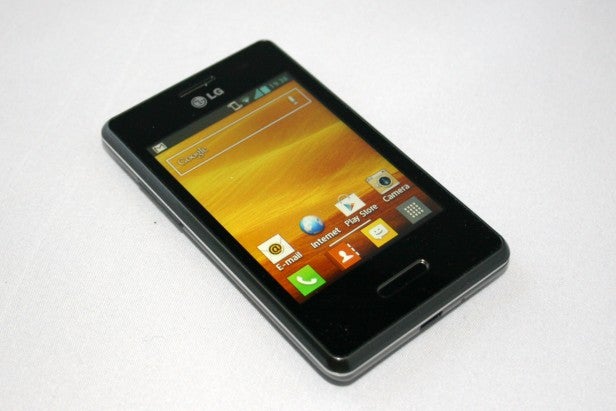 The two buttons that lie to either side only light up when you touch them, which is a tad annoying when you’re using the phone in the dark, but once touched they do at least stay illuminated for a couple of seconds.

LG has also dumped the corrugated feel of the plastic back on the original L3 and instead replaced it with a brushed metal effect on this update, although it’s still made from plastic rather than metal. It looks better than the old finish, but it feels quite slippery to the touch and highlights the overall plastiky feel of the phone.

While the L3 II is likely to win some fans due to its small size, its tiny 3.2inch screen is also likely to put a lot of people off, especially as it has an extremely low resolution of 240×320 pixels.

The low resolution means text looks a bit hazy and indistinct and web browsing is compromised because you often can’t read headlines on new websites when you’re in the standard zoomed out, full page view that most sites default to when you first land on them. You also have to do a lot of scrolling and zooming on websites just to be able to read columns of text – something that starts to try your patience after a while. 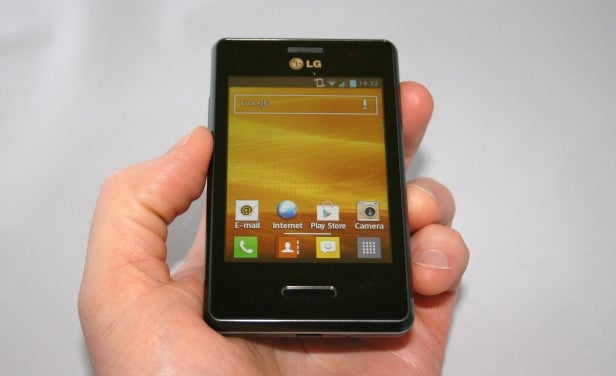 The screen’s viewing angels aren’t great either as the display darkens a fair bit when you twist the phone left or right in your hand or tilt it up and down. On the plus side it is reasonably bright and doesn’t wash out when you’re using it outdoors. However, like the Optimus L5 II it doesn’t have a light sensor, so it can’t automatically adjust screen brightness. Instead you have to manually adjust it using a slider found in the notifications tab.