Introduction
Like Man United and Man City, there’s an intense
rivalry between Samsung and LG. They both dominate in their native
homeland of South Korea, but when it comes to smartphones all the
attention has been focused on the Samsung Galaxy S3
of late, with high-end offerings from LG seemingly nowhere to be seen.
Now, however, LG is looking to change all of that with the LG Optimus 4X
HD. This handset seems to tick all the boxes for those after a high-end
Android handset as it packs in not just a quad-core processor and large
HD screen, but also has a fast 8-megapixel camera, NFC support and
comes loaded with Google Android 4.0 OS, Ice Cream Sandwich.

Of
course, pricing is key and its good to see that the LG Optimus 4X HD
comes in a little bit lower than the likes of the Samsung Galaxy S3 and Apple iPhone 4S.
You can buy it on PAYG from Carphone Warehouse (who supplied our review
handset) for £399.95 or pick it up for free on a £26 a month contract,
compared with the £519.95 PAYG price for the S3 or the £28 a month
lowest contract option.

LG Optimus 4X HD Design
Here
at TR we like premium phones to feel, well, premium and unfortunately
the LG Optimus 4X HD is a few spoonfuls of caviar short of out-and-out
luxury. It’s quite pretty when viewed from the front as essentially all
you’re looking at is a big slab of glossy black with a screen in the
middle. LG has sensibly kept the logo quite small and you’ll find it
perched just under the tiny grill for the ear piece. Beneath the screen
there are the three standard Android touch buttons for back, home and
menu access, all of which only light up when touched. They remain lit
for a while after, but then go dark again, which is slightly annoying as
with the backlighting off you can hardly see them because their outline
is so faint. 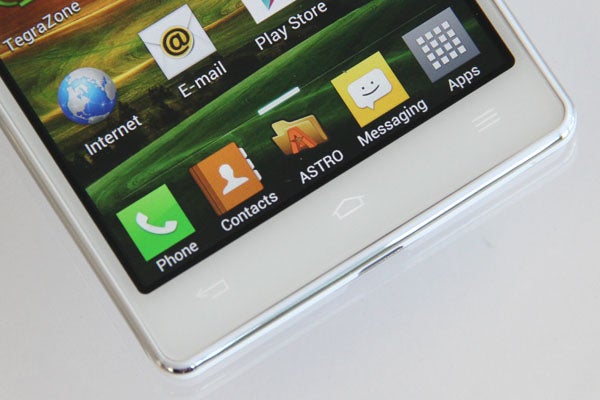 Flip the phone over and you’ll find that LG has used the same material on the back as it has on the LG Optimus L3 and the LG Optimus L7
handset that we’ve looked at previous. It’s essentially plastic, but it
has a slightly roughened texture that feels a bit like corrugated
cardboard. On the plus side it feels quite grippy and isn’t as sticky as
the rubberised plastic that many manufacturers use on their battery
covers. However, it looks a bit cheap and just doesn’t feel very classy,
which is a shame as the twin lines of chrome beading running around the
outer edge the phone do look quite bling.

There
are only two physical buttons on this phone – the power/lock switch at
the top, which is a bit narrow for our liking, and a longer volume
rocker button on the left hand side. Thankfully the headphone jack is
also top mounted and there’s a micro USB port at the bottom. The phone
lacks a HDMI output, but the micro USB port does support Mobile High
Definition Link (MHL) so you can hook it up to an external display using
the right lead, although none is supplied in the box so we couldn’t
test this.

LG Optimus 4X HD Screen
The LG Optimus 4X HD is quite a
large phone, mainly because it has to accommodate the big 4.7-inch
screen, although to be fair it is slim at just 8.9mm thick and its feels
a little bit smaller in the hand than the Samsung Galaxy S3 with its
marginally larger 4.8-inch screen. 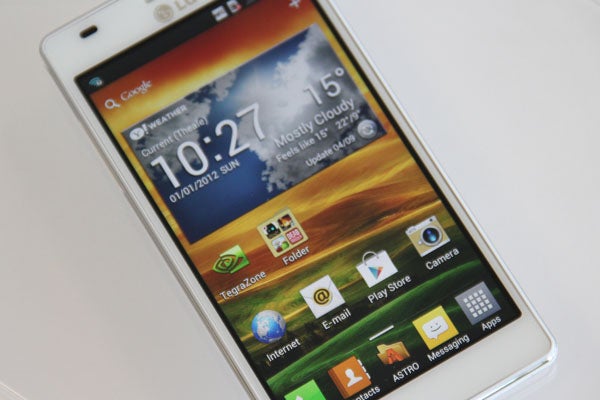 The
display uses standard LCD technology rather than the AMOLED technology
that Samsung has opted for on the S3. There are debates as to which is
better, but for our money you currently get more accurate colours on LCD
screens versus deeper black levels on AMOLED. That’s by the by, because
this screen looks excellent. It’s got a 720p HD resolution of 1,280 ×
720 pixels leading to a pixel density of 312 pixels per inch, which is
actually slightly higher than Samsung’s latest flagship model. As you’d
expect it looks pin sharp for everything from text on websites to HD
videos, and colours are beautifully rich and natural looking. It’s
bright too, but thanks to its quite deep black levels it never looks
washed out.

LG Optimus 4X HD Performance
Powered by Google’s mobile operating system, the
LG Optimus 4X HD runs Android V4.03, or Ice Cream Sandwich as it’s also
known. Of course, LG has added its own launcher over the top. This has a
few neat features. For example, when you press the lock screen a circle
appears around your finger and gradually increase in size as you swipe
to unlock the phone. There are also quick launch buttons at the bottom
of the lock screen for the dialler, messaging facilities, email client
and camera and pressing and swiping on these takes you directly to the
relevant application. 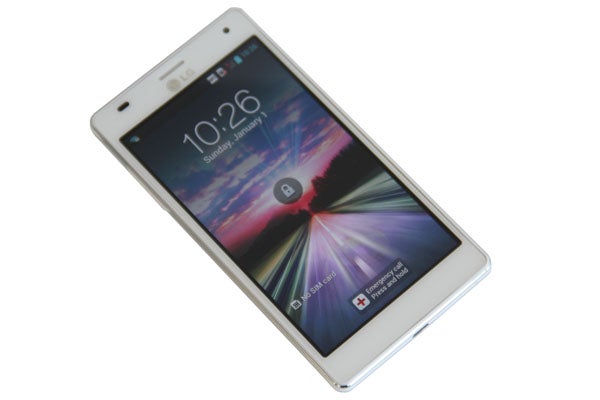 The homescreen is divided up into seven
screens that you can add shortcuts and widgets to. There are also
control buttons for Wi-Fi and Bluetooth in the notifications menu, along
with a quick memo feature and the ability to quickly change the phone’s
sound profile. The app launcher menu has been split into three areas
for apps, downloads and widgets, to make managing items you’ve got
installed a little bit easier and you can now resize a lot of icons on
the homescreen so they show more information. For example, resizing the
calendar allows it to display upcoming appointments. 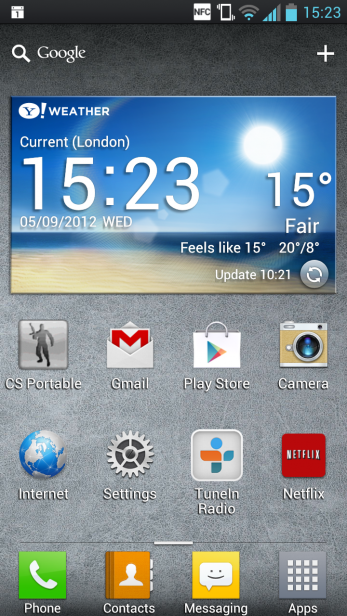 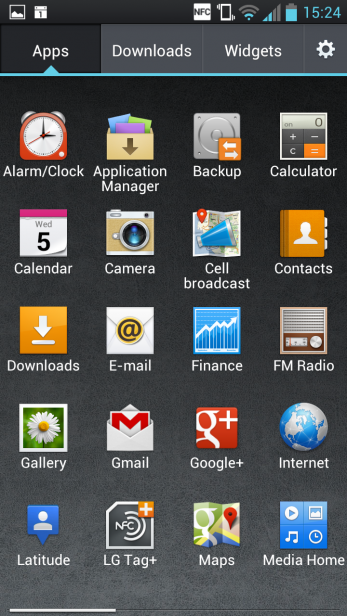 LG
has added a number of apps to the Optimus 4X HD and on the whole these
are quite useful. For example, there’s Polaris Office for creating or
editing work documents and LG’s Smart Share app that lets you stream
digital content from computers and NAS drives to the phone. It works
well, and happily played 720p HD MKV files from our Iomega NAS drive to
the phone without stuttering. The video looked stunning on the 4X HD’s
high resolution display too.

LG Optimus 4X HD Camera
In fact, this phone
is a multimedia powerhouse, as long with playing back HD video files,
you can also shoot in 1080p Full HD using the phone’s camera. When
shooting a HD video you can also have it fire off stills at the same
time. Another neat trick is the Time Catch mode. When you enable this,
the camera keeps buffering images to memory so when you press the
shutter buttons it capture a series of images before and after you’ve
pressed the button allowing you to choose the best ones. 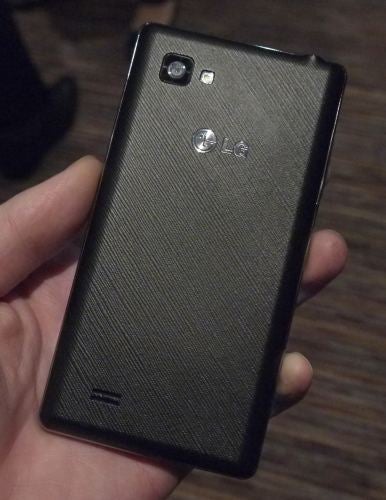 However,
the camera is far from perfect. The biggest issue is the autofocus.
It’s a bit on the slow side and sometimes just gets locked with blurred
focus. When this happens you have to touch the screen to get it to
refocus. This is more annoying than it sounds and makes it more
troublesome to use than the iPhone 4S or S3 cameras. Video footage
suffers the same problem, as the autofocus often hunts to find the right
focus, ruining your video in the process. Also images aren’t quite as
sharp as the shooters on the 4S or the S3, although its low light
performance is probably as good as both of these. 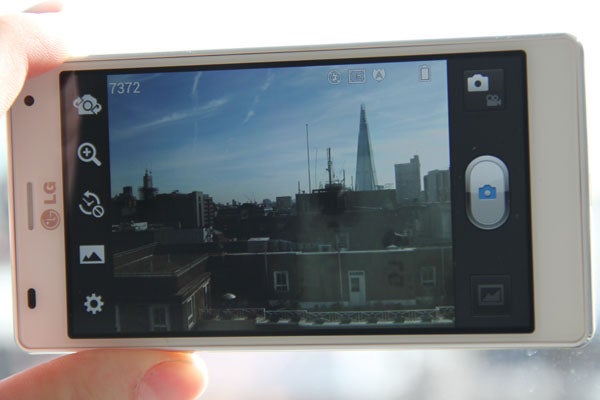 The phone
also has NFC onboard and LG includes a few spare NFC tags in the box
which you can use to get the phone to automatically switch sound
profiles when it’s near to them. For example, you could put one on your
bedside table so when the phone is sitting on the item of furniture it
goes into silent mode automatically.

LG Optimus 4X HD Processor
Rather
obviously, the 4X nature of the LG Optimus 4X HD’s name refers to its
quad-core processor. However, the phone’s chip actually has five cores,
which is surely the silicon equivalent of cranking it up to 11. The
fifth core is actually primarily designed for battery saving duties and
is clocked down to 400Mhz, as it’s what the phone runs on when it’s
idling along. The other four cores are the power houses with each
clocked at 1.5GHz. Whether you really need four cores on a phone is a
moot point as at present most software isn’t written to take advantage
of them and they do have a hit on battery life. Nevertheless, the
Optimus is for the most part brutally fast, as its benchmark figures
show. 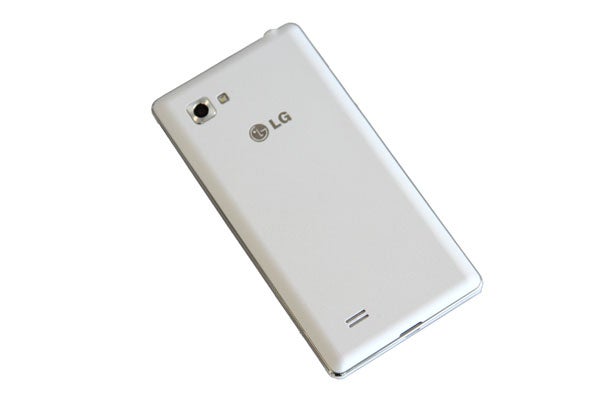 In
Sunspider it clocked up a score of 2090.ms, while in Browsermark it
turned in a result of 92548. It’s GPU isn’t as fast as that in the Samsung Galaxy S2
follow-on, but it still managed 51 fps in the GLbenchmark Egyptian
Standard test, while on the Linpack multi-thread test it cranked out a
result of 94.597.

It’s very quick at rendering even more
complicated sites that other phones dawdled on and apps and most other
functions feel lightning quick to use. However, as with all Android
phones there are maddening moments of unresponsiveness, which seems to
mostly be down to the way Android is actually designed. This is an
Android issue and happens on the S3 too, so we can’t make too much of a
deal out of it on the 4X HD.

You’ll be able to store plenty of HD
videos on this phone to take advantage of that big, lush screen as
there’s 16GB of memory built-in, and the microSD card under the battery
cover can accept cards of up to 64GB in size. 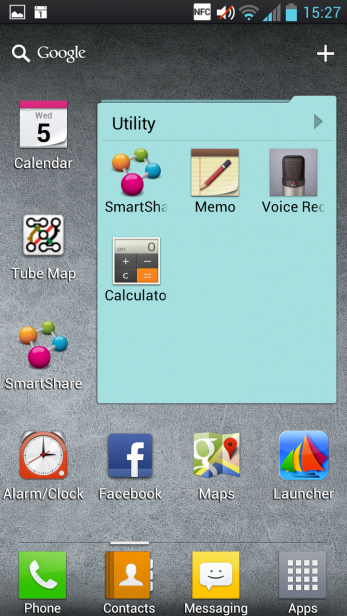 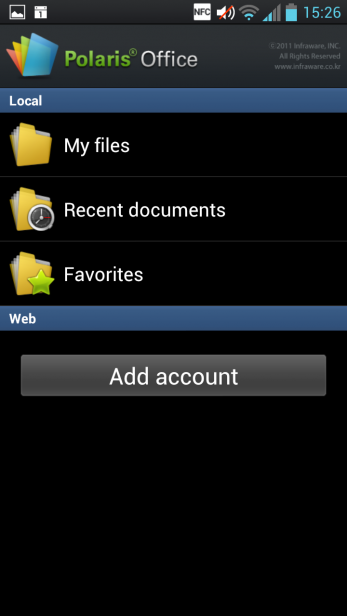 Unfortunately
the huge display and mammoth processing power of the quad-core CPU have
a negative impact on battery life. You’ll get a day’s usage out of it
but not much more unless you keep the screen brightness turned down and
make use of the power saving mode that LG has added into the Settings
menu. The power saving mode acts a bit like the Battery Saver option on
Windows Phone handsets. It lets you stop the phone from automatically
syncing and turns off Wi-Fi and Bluetooth when they’re not in use.
However, the fact remains that it’s bested by most other high-end phones
when it comes to battery life.

Call quality was pretty middling
too, as when it’s struggling for a signal callers tend to take on a bit
more of a Dalek-like quality than they do on some other phones. In
stronger signal areas it’s fine though.

Verdict
Overall,
the LG Optimus 4X HD is a very impressive phone. It’s slim and light,
has an excellent HD screen, super fast performance and aggressive price
tag. In short there’s an awful lot here to like. However, it’s still far
from perfect as its camera software needs work to improve the autofocus
and it’s battery life lags behind it’s main rivals. 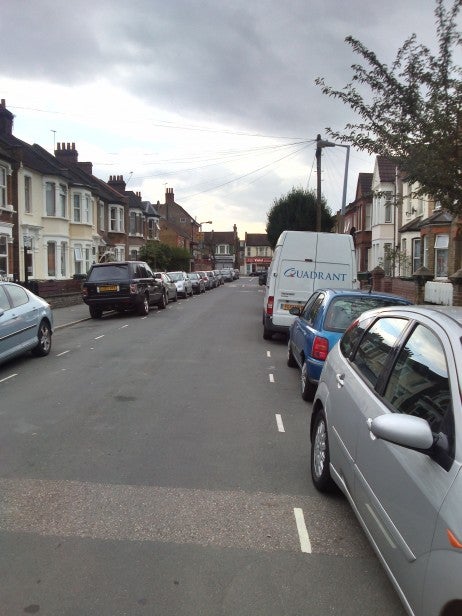 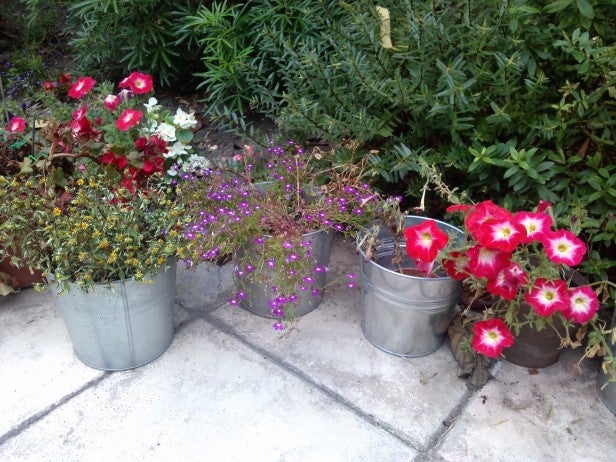 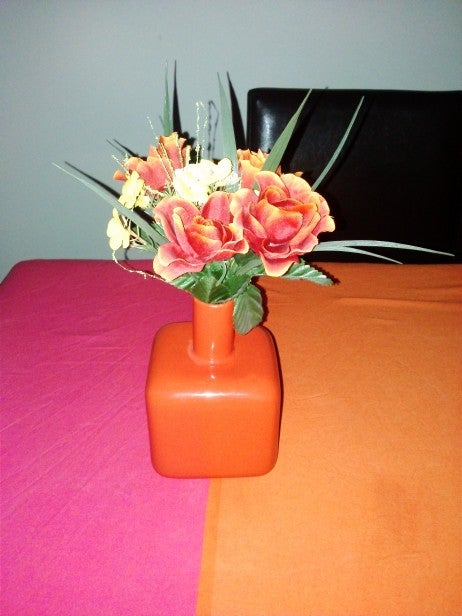