The Optimus 3D is surely one of the most hotly anticipated handsets of the year. First shown at Mobile World Congress back in February, it’s taken a while to make it to market. Of course, what sets this Android phone apart from the pack is its glasses-free 3D display and twin stereoscopic cameras on the rear that let you shoot 3D video and stills. After having plenty of time to play around with it, we’ve got to say that while it is undoubtedly gimmicky, it’s also great fun to use and hugely powerful too.

Like Yorkie bars, the Optimus 3D is not for girls, or even blokes with smaller sized hands. This thing is ‘HUGE’ with a capital ‘H’. Measuring 127 by 66mm, it’s about half a centimetre longer than HTCs HD7, which itself was pushing the limits of what’s comfortable for a phone. The truth is that for many people it will just be that bit too large. 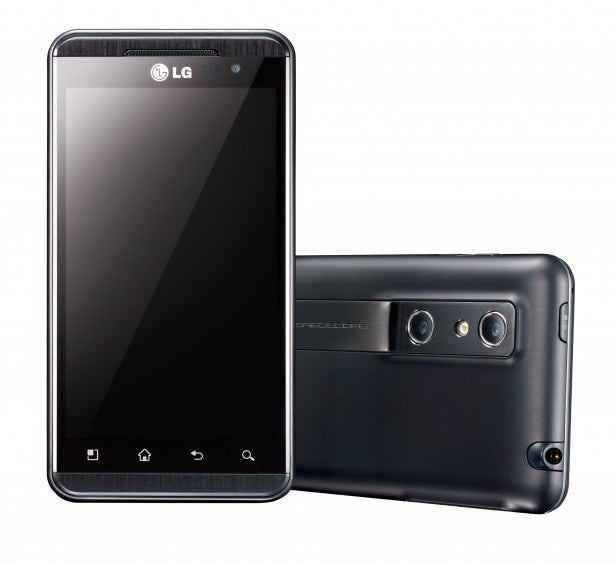 Unfortunately, it follows the same design aesthetic as other recent LG smartphones in that it’s pieced together from lots of different bits of plastic.  It does have two brushed-metal effect strips at the top and bottom of the screen and the back has a pleasing rubberised feel, but overall it lacks the premium look of some of the best high-end Android phones around at the moment. Not a good start for a handset that is only available for free on a hefty £35 a month contract from Three.

Along with the usual four Android touch buttons beneath the screen, the Optimus also a power button at the top of the phone and a volume rocker switch on the right hand side. Beneath this LG has also added a 3D button where you’d usually find the camera button. This turns on and off the 3D effect, but more on that later. The right-hand side is more interesting still, as along with the usual Micro USB port there’s also a micro HDMI output so you can hook the phone up to a big screen TV. Flip the phone over and you’ll find the twin 5.0Megapixel cameras staring out at you with a single LED flash nestled between them.

Slightly bizarrely the phone doesn’t run the latest version of Android, but instead makes do with V2.2. There isn’t a massive difference between the two latest release of the OS, but it’s still odd that LG would lag behind in this area when other new handsets are coming to market loaded with the latest version.

However, LG has customised the OS slightly. For example, there are four permanent shortcuts at the bottom of the home screen for phone, contacts, messaging and the app drawer. LG has also provides some resizable widgets, similar to those found on the Honeycomb version of Android. The app drawer has also been split into three parts with 3D apps at the top, the bundled apps in the middle and apps you’ve downloaded listed at the bottom. It looks neat and tidy, but it’s not the best way of organising apps, especially as you can’t create new categories yourself. 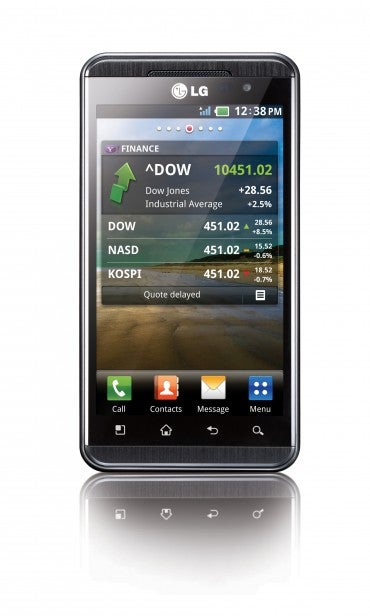 The phone’s generally speedy to use, which perhaps isn’t surprising given that it runs on a dual core 1GHz Arm A9 chip. LG has also used dual memory, with the 512MB of Ram split into two 256MB chunks that can be address separately. Call quality was generally first rate and the GPS was also quick to get a fix on our location and seemed reliable when used for navigation. However, battery life isn’t this phones strong point. We found we definitely had to charge it at the end of each day, whereas some of its high-end rivals manage to squeeze a bit more life from their batteries. We guess the big display and speedy processor places a hefty burden on the power pack.

The handset’s 4.3inch screen is obviously one of its key selling points. In 2D mode it really can’t be faulted as it’s extremely bright and has deep rich black levels and bright, punchy colours. The resolution of 800 by 400 pixels also ensures that text and icons look superbly crisp. It’s 3D performance is a bit more problematic, though, as we’ll soon discover.

First of all, it has to be made clear that the Optimus doesn’t work in 3D mode all the time. Instead, it usually looks like any other high-end 2D Android handset with similar apps, menus and icons. LG has grouped all the 3D features and content together in its 3D Space menu. You can launch this either from an icon on the home screen or by holding down the 3D button on the side of the phone. It brings up a rotating 3D menu that contains links to fire up the 3D camera, open the 3D apps, view 3D flicks on Youtube, or take a gander at the stills and videos you’ve saved to the 3D Gallery. 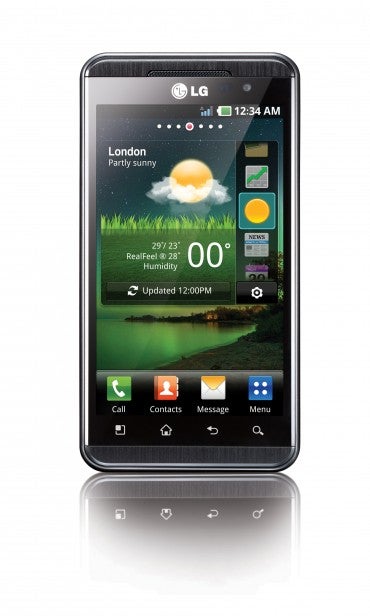 When the handset goes into 3D mode the resolution of the screen drops by half, something which is very noticeable. This happens because there’s a parallax barrier in front of the display that’s activated when 3D mode is turned on. Essentially, this is a series of slits that divide the screen into two halves for the left and right eyes. To get the 3D effect you have to be looking directly at the display’s 3D sweet spot, otherwise you only see slightly blurry 2D images. Unfortunately the 3D sweetspot on the Optimus is quite tight – noticeably tighter than Nintendo’s 3DS, for example, and to be honest it wasn’t that comfortable to view. We’ve never had a problem with nausea on other 3D displays, but it was an issue on this one and occurred again and again on everything from movies to games after extended viewing.

Nevertheless, the 3D effect is very noticeable and very impressive, especially when you’re creating your own 3D content using the cameras. 3D snaps look very cool, especially if you make good use of the depth of field by placing objects at different distances from the lens. It’s a little bit trickier to get really good 3D effects from videos, but with a bit of planning you can achieve some impressive results. In 3D mode you can capture still images of up to 3.0 megapixels in size, compared to 5.0 megapixels in 2D and for video it captures 720p video in 3D mode, but can handle 1080P video in 2D mode. It’s also worth bearing in mind that the 720p resolution refers to the overall resolution the camera captures – you have to half that again as images are captured side by side, so really you’re capturing something that looks closer to standard definition, rather than 720p HD. 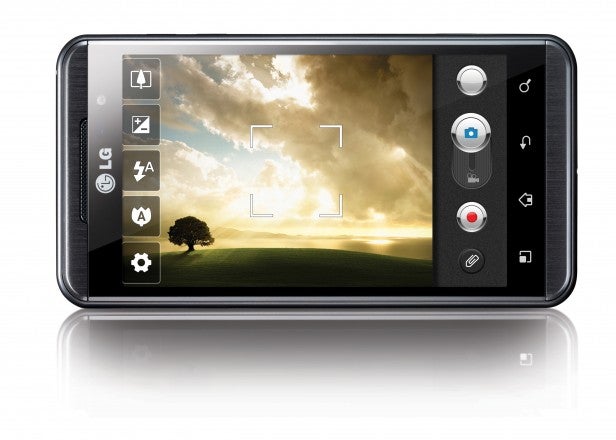 LG also includes a few games that have been tweaked for 3D, some with better results than others. For example, in the Asphalt 6 driving game the 3D effects appear stronger in the menus than they do in the actual game, but the effects are much more integrated into the in-game graphics of the 3D version of Nova, a first person shooter.

Verdict
All in all, the Optimus 3D is a fun handset to use, but it’s far from perfect. The 3D effect from the camera looks great not just for videos, but for stills too, and is a real boon if you’ve got a 3D TV to show off the shots on. However, although the phone’s screen looks great in 2D, the drop in resolution and blurring problems means its 3D performance leaves a lot to be desired. And while the performance of the phone is top notch, the sheer size of thing will count against it for many, as will the short battery life. So although there’s a lot to like, there are also a few too many negatives to make it the must buy handset that many were expecting. 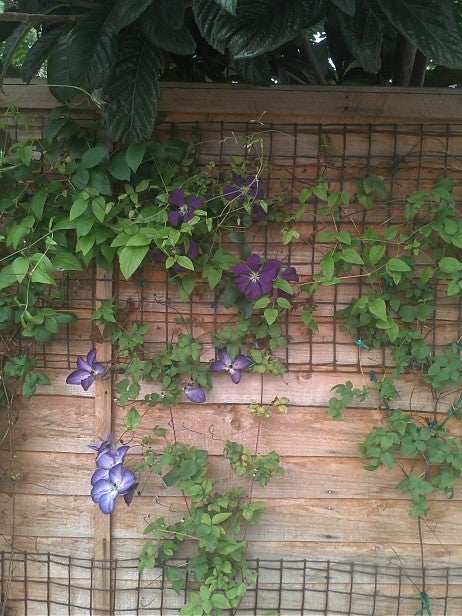 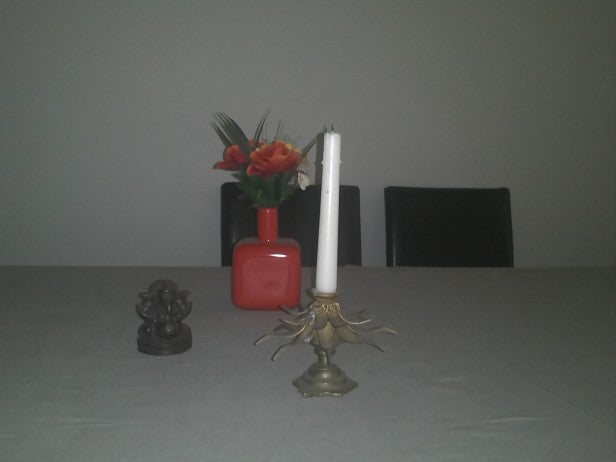 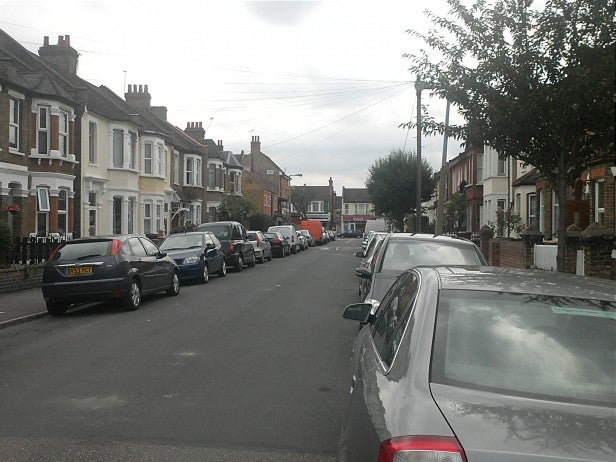