If there was an award for “most improved” in 2016, it would surely go to LG’s OLED TVs. While its 2015 models weren’t bad, LG’s engineers have done an impressive job of addressing the issues with which its predecessors struggled.

The single most dramatic and important improvement finds the OLED65E6 delivering a significant increase in brightness, while simultaneously reducing the lighting problems associated with 2015’s models. Brightness now peaks at more than 650 nits – comfortably in excess of the 540 nits an OLED TV needs for UHD Premium certification. 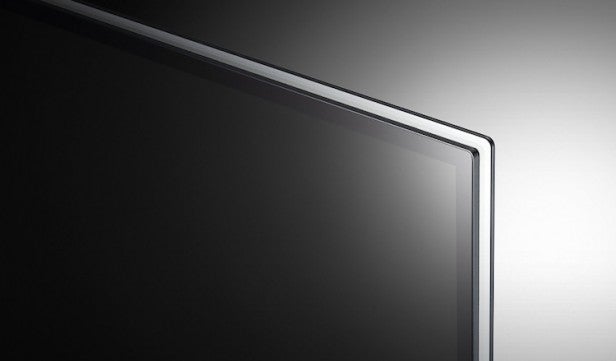 Light inconsistencies/banding across the image have hugely reduced, as have incidences of sudden loss of black level while watching HDR. The combined impact of these improvements is simply transformational with native HDR content. Pictures are more impactful, engaging, consistent and far more credible. OLED’s ability to present beautifully deep, rich blacks alongside much brighter whites and colours  – all without light leakage between the two – really rams home HDR’s advantages.

It just isn’t conceivable that any current LCD technology will be able to deliver such accurate light control, and so any LCD TV will always run the risk of throwing up at least a few distracting light halos or blocks around bright objects. OLED’s black levels also don’t lose their richness when viewed from an angle, unlike LCD black levels. 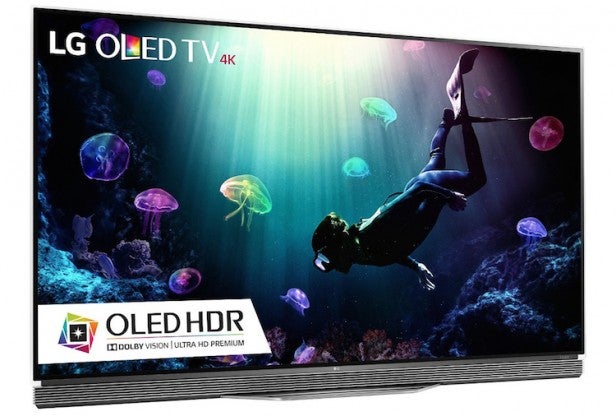 Having more brightness to play with impacts the OLED65E6’s colour reproduction. Colours look more dynamic, vibrant and expressive than they have on an OLED TV before. The colours are more capable of delivering the thrills of the wide colour spectrums that now accompany all the HDR sources we’re seeing.
It’s not just about HDR, though: the OLED65E6 is also staggeringly good at delivering standard dynamic range content.

There are, however, a few areas that LG could work on. First, even with the improved brightness levels it achieves, the brightest parts of HDR pictures can appear low on tonal subtleties. The peak whites end up looking a bit flared out and “empty”, leaving such parts looking a little monotonous.

Interestingly, Dolby Vision – which reins in the brightness versus the OLED65E6’s HDR 10 efforts – delivers far more subtlety and detail in its HDR pictures. It seems Dolby Vision is pragmatic enough in the way it works to take into account the particular model of TV it’s working on. If what you’re watching is available in Dolby Vision (as it will be for a decent number of Netflix and Amazon shows in coming months) then make sure that’s the version you’re watching. 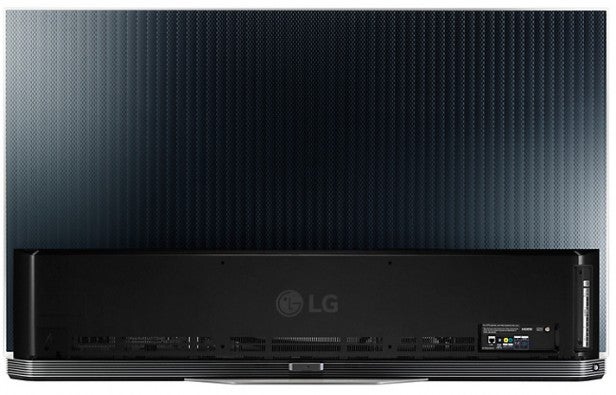 With relatively extreme HDR content, the OLED65E6 can also exhibit some loss of detail in dark areas. The slightly empty look to dark areas or objects in mostly bright HDR images can leave them looking a little dominant against their bright neighbours. You don’t really get that on the best-quality LCD TVs in HDR mode.

The OLED65E6 also suffers with some fleeting colour noise issues during HDR playback, such as gentle purple blocking over certain tones of sky and in very dark backgrounds. However, the OLED65E6 suffered slightly less in this respect than the previously tested OLED55C6, while hardly suffering at all with the occasional black blocking effect seen on the cheaper model.

Finally, the OLED65E6’s motion handling could be better. Judder is more noticeable than I’d like, while the processing you can use to tame it tends to throw up a few unwanted side effects. There is a decent sweet spot you can get to with the motion processing settings, but there remains room for improvement.

For gamers: provided you use its gaming preset options, the LG OLED65E6 takes only around 30ms to render image data received at its inputs. This, in conjunction with its stunning contrast and colours, makes it a stellar gaming monitor.

There’s more potential with OLED than LCD for bright, static game graphic elements like health gauges to be ‘burned’ into the picture, but I haven’t seen even a trace of this happening during my extensive test period.

Used as the main TV for the review period
Tested for more than a week
Tested using industry calibrated tools, discs and with real world use
Tested with broadcast content (HD/SD), video streams and demo discs
Previous
LG OLED65E6 Review Next
3D, Sound and Conclusions Review