The OLED65E6 is the second TV we’ve seen from LG’s 2016 OLED range, sitting a step up from the excellent OLED55C6V. It boasts a 65-inch flat screen, a built-in sound bar, a stunning ‘Picture On Glass’ design, LG’s unbeaten webOS smart TV system – and a price of £4,999.

The OLED65E6 is the most incredibly designed TV I’ve ever tested. Its sub-3mm thickness over much of the rear is achieved by mounting the OLEDs directly onto a glass sheet. Its transparent borders make pictures appear to emerge from thin air. The E6 immediately makes even its trendiest LCD competitors look like yesterday’s news.

The decision to attach a sound bar to the bottom of the screen looks a touch clumsy, though. It can’t be detached, even if you’re planning to run an OLED65E6 with an external audio system. That said, a TV without speakers isn’t really a TV, and enlisting audio experts at Harman Kardon for this soundbar has paid off handsomely.

Connections are built into a section at the bottom of the TV’s rear, which juts out further than the rest. They comprise four HDMIs, three USBs, a Freeview HD tuner input, a digital audio output, and an Ethernet port for anyone not able to take advantage of the set’s integrated Wi-Fi.

Only two of the HDMIs support full high dynamic range/Ultra HD at 60fps picture quality. In any case, most households are unlikely to have more than two sources able to deliver such high-quality video formats.

Online content includes the key big-hitters of the 4K/HDR versions of Amazon and Netflix, LG’s NowTV app, and all of the UK’s “big four” catch-up TV platforms. 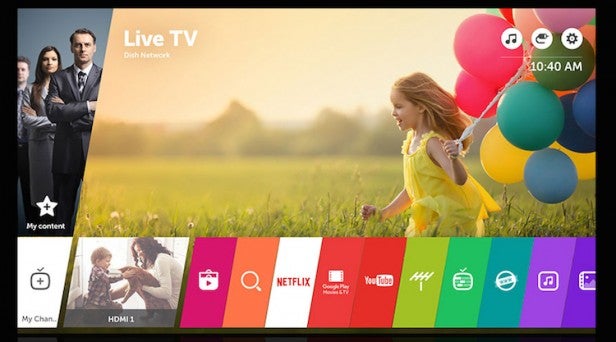 The E6, B6 and C6 models don’t yet have the back-scrolling EPG feature usually associated with Freeview Play, but it’s due to arrive via a firmware update later this year.

As with any OLED screen, the OLED65E6’s biggest picture-quality attraction is the way each pixel can produce its own light and colour, independent of its neighbours – even when they sit as close as they do in a native UHD-resolution screen such as this. This opens the door to a level of colour and light precision that’s far beyond the capabilities of even the most high-tech LCD TVs.

The OLED65E6 is capable of hitting brightness peaks towards 700 nits – a major step up on what OLED has managed before. LG also claims that the OLED65E6’s colour range achieves around 96% of the DCI-P3 colour spectrum. Not only does the OLED65E6 deliver OLED’s trademark inky black-level response, but it actually improves its consistency by boosting “just above black” light levels and reducing brightness inconsistency across the screen.

The various improvements LG has made to the OLED65E6 ensure that it easily surpasses the requirements laid down by the industry’s “Ultra HD Premium” specifications, designed highlight TVs capable of giving you a truly high-quality HDR/UHD experience. 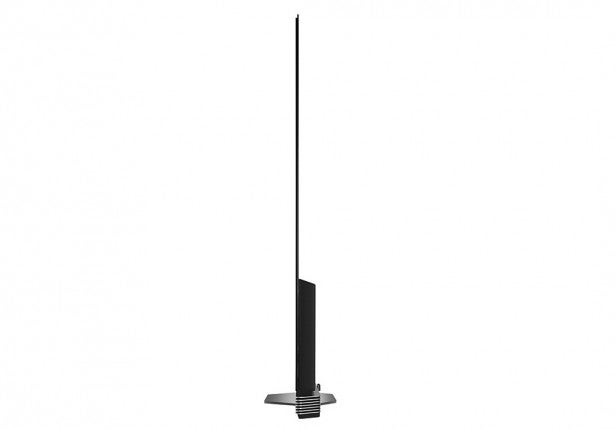 The key thing is that you operate the TV within only a very narrow brightness setting between 49 and 52. Go lower than 49 and shadow details begin to take a hit. Go higher than 52 and the stunning black-level response starts to drop off dramatically. 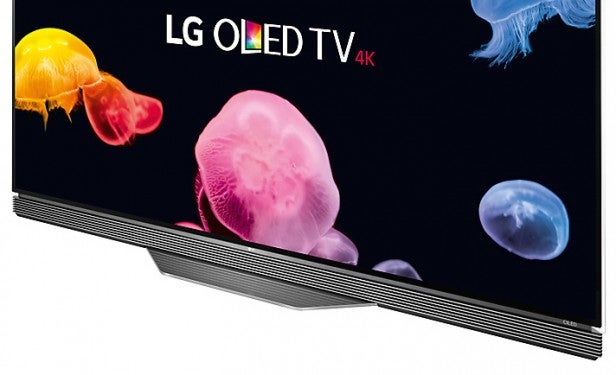 I’d suggest you use the TV’s motion processing, but only on a custom setting with low values for the judder and blur-removal components. Also, turn off all noise reduction for UHD sources and avoid the Vivid HDR mode, since this pushes the screen’s brightness into uncomfortable terroritory. Even the Bright HDR mode can result in a loss of detail in the brightest areas, so for the majority of the time, stick with the Normal HDR setting.