The LG L7 2 runs Android 4.1 Ice Cream Sandwich with a custom interface that LG simply refers to as UX (which usually stands for user experience).

It’s a bright and cheery interface, one that doesn’t really fiddle with the way Android works. The transitions are a bit more bouncy, the icons even more cartoony and – we imagine – it probably makes the LG L7 2 a bit slower than it would be with vanilla Android. 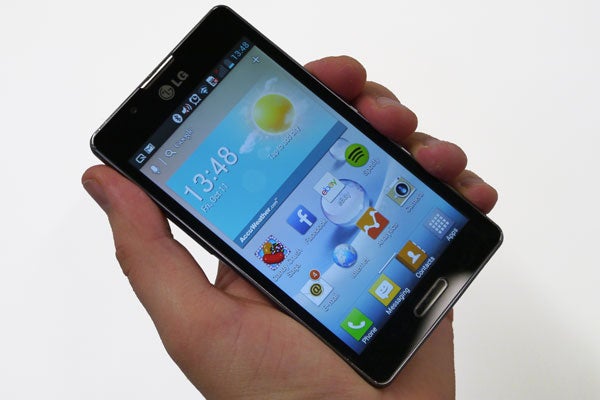 However, it is faster than the first LG Optimus L7. The first L7 phone had a single-core Cortex-A5 processor where this one has a dual-core Cortex-A5 chip. This is a chip from the Snapdragon S4 Play family – the same seen in 2012’s HTC One V.

Other mid-range phones of this year tend to use more advanced processors. The Sony Xperia M has a Krait processor, the Desire 500 a quad-core Cortex-A5 chip. SIM-free the LG is a shade cheaper right now, but if you’re looking at those rivals on a similarly-priced contract, those rivals are significantly more powerful phones.

The LG L7 2 isn’t as disastrously stutter as its predecessor, but it still suffers from the occasional senior moment and some disappointing laggy delays when loading apps.

Part of this is down to the custom UI, but it does add a few neat features too. For example, the drop-down notifications bar has a handy scrolling row of power switch buttons. It’s fully editable too, letting you choose the priority of different feature toggles (these include things like Wi-Fi and Bluetooth). 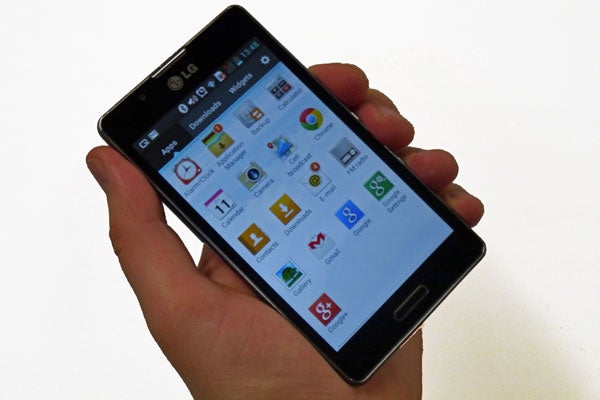 You can also scribble notes on any part of the screen. A tap on the QuickMemo button in the notification bar takes a snapshot of what’s on-screen, letting you scribble away with your finger – the results can then be saved to the Gallery. Given the lack of a stylus and the relatively small size of the LG L7 2’s screen, it’s arguably a bit pointless. But hey, it doesn’t do any harm.

The LG L7 2 comes with a bunch of pre-installed apps, but none are particularly noteworthy. They’re basic utilities like a translator, dictionary, file manager and backup manager. Unlike some phones, the LG L7 2 lets you easily uninstall the lot using a separate Application Manager app. This is very welcome considering the limited internal storage of the phone (however, install files for the apps remain in the phone’s memory).

With access to the Google Play, there are plenty of apps and games to load up onto the LG L7 2. Casual games are no problem for this mobile. It has enough memory to install a handful, and enough power to play them well.

However, if you want to play the latest, most intense 3D games this is not the best phone to buy. The LG L7 2 uses the Adreno 203 processor, which is far from the latest and greatest graphics chip around. 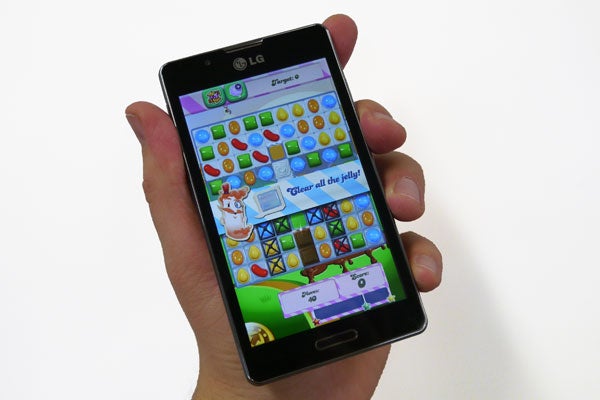 It can handle most low-end and mid-range 3D games, though, in part thanks to the relatively low demand of its 800 x 480 pixel resolution. The phone isn’t currently supported by Real Racing 3 (one of our favourite gaming tests), but the 3D Mark Ice Storm benchmark shows that it’s roughly as powerful as an iPhone 4S. That may not sound bad given how much an iPhone 4S still costs – but let’s not forget that is a two year-old phone.