An unassuming affordable mid-range phone that features a surprising amount of technology but throws up performance concerns and doesn't look like it can compete with rivals from the likes of Motorola.

While most of the media’s attention was turned towards LG’s new flagship G8 ThinQ and the company’s first 5G handset, the LG V50, the Korean tech giant also showcased a trio of new mid-rangers, which it had announced just days before MWC 2019 kicked off in Barcelona.

The LG Q60, K50 and K40 have a lot in common, with the most prominent difference being their main camera setups. The baby of the bunch is the comparatively humble LG K40; it sports a smaller screen than its launch siblings and is also only laden with a single rear snapper in place of the K50’s dual and the Q60’s triple rear sensor arrangement.

Despite its unassuming nature, however, the K40 benefits from a number of technologies that you wouldn’t necessarily expect to see on such an otherwise conservative phone like this.

The LG K40 is set to arrive with a starting price of approximately £220 and with an expected launch window of March 2019. 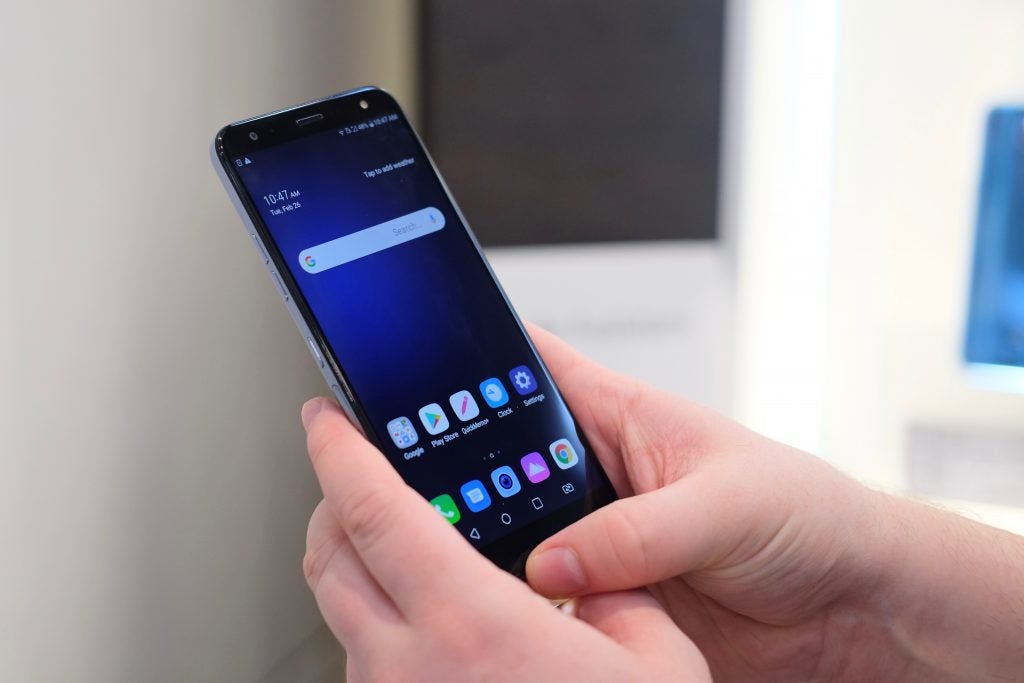 The K40 is fronted by a 5.7-inch 18:9 HD+ FullVision display that seems perfectly usable on first impressions, albeit with colour shifting present when viewed off-angle and some sizeable bezels surrounding it. Some might not appreciate the 282ppi pixel density either, with fine text and other elements like the rounded corners of app icons appearing poorly defined and pixelated.

The design of the K40 seems unremarkable at first; with a metal form (which can be had in blue or grey) that’s devoid of any surface texturing or the eye-catching aesthetics of the more premium glass backs on the K50 and Q60. There’s microUSB at the base for charging and data in place of USB-C, which is now the norm for a lot of smartphones from the last year or so.

What the K40 does offer is impressive ruggedisation without looking like it’s built to be so hardy. The K40’s hardware is MIL-STD 810G compliant, meaning it’s been subjected to all manner of harsh conditions and come out the other end still ticking. 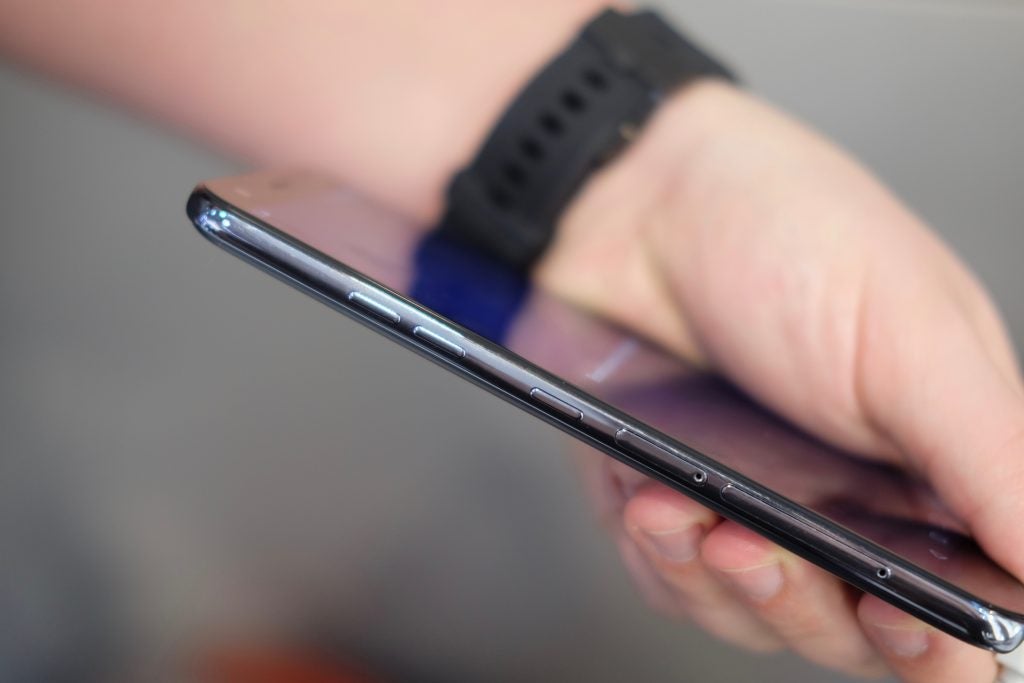 The Google Assistant key sits about halfway down on the K40’s left side.

Beyond hoping to serve as a reliable pocket pal, the K40 also wants to keep you organised in the day-to-day. Similarly to the Nokia 3.2 and 4.2 which launched at MWC 2019, the K40 (along with its new mid-range siblings) features a dedicated Google Assistant key set into the right side of its frame.

Arguably, still more useful than the equivalent Bixby button that Samsung Galaxy users have had available to them since the Galaxy S8, the K40’s key grants immediate access to Google’s virtual assistant, even when the phone is locked (depending on the action taken you might need to input your passcode or fingerprint for the Assistant to be able to do its thing).

When plugging a pair of buds or cans into the integrated 3.5mm headphone jack, users can also benefit from DTS:X 3D Surround Sound – a feature I was able to test out on the booth that simulates a 7.1 virtual surround sound setup. It undoubtedly works and has its appeal, but how beneficial the resultant experience is hinges on the content in question and that the software is able to mix it effectively. 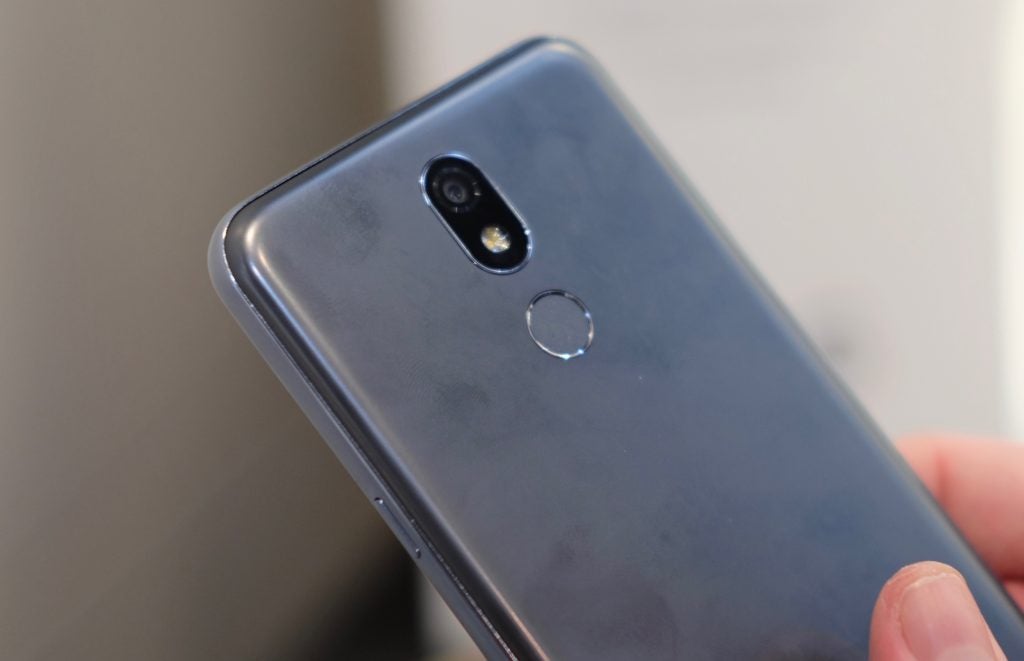 There’s also the matter of the cameras, with a 16-megapixel primary single sensor that comes with both Google Lens integration and a dedicated ‘AI Cam’ mode. To quote LG’s own press release, with this enabled the K40 “magically recognises objects it sees and recommends the ideal shooting mode for the best results.”

It’s essentially AI scene detection as found on Huawei’s, Xiaomi’s and Sony’s phones, albeit without a clear picture of just how many scenes the system is capable of detecting. It should at least take some of the guesswork out of getting a half-decent shots from the phone’s cameras (as this mode is also available on the front camera).

Selfie fans will also appreciate the front-facing LED flash that LG has bestowed upon the 8-megapixel front-facing camera; a feature that we’ll no doubt test outcome full review time.

There’s little else to say about the LG K40, save for that we’re hoping to give this phone the full review treatment ahead of its launch in the coming weeks. Stay tuned.