The HT503TH is one of two new LG home cinema systems to have been specially tuned by world renowned audio guru Mark Levinson, which is a real coup given his legendary status among high-end audiophiles. But despite his involvement, the 500W system comes with a price tag that won’t break the bank, which means we could have a real bargain on our hands. 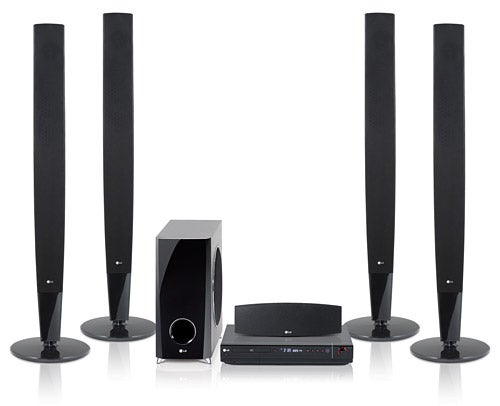 One thing you can always expect from LG no matter the price point is a stylish design, and the HT503TH doesn’t disappoint. The main unit is adorned with a fingerprint-attracting gloss black fascia that sports a row of satisfyingly chunky buttons, plus a volume dial on the right that’s surrounded by an alluring red light. Up close, it’s a well-built unit that feels a lot less hollow and plasticky than you might expect from a £200 system.


On the sloping section just below the fascia is a flap that conceals a USB port (which we’ll discuss later) and a 3.5mm minijack input for connecting portable music players. The step-up HT903TA, which costs around £100 more, adds an iPod connection. 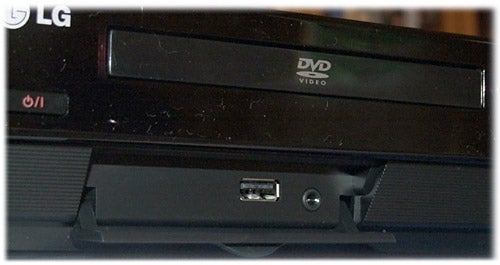 On the rear panel is a solid set of sockets, most interesting of which is an HDMI port that outputs all-digital video upscaled to 576p, 720p, 1080i or 1080p (selectable in the setup menu) or you can let it choose the correct resolution for your TV automatically. It’s also pleasing to see an optical digital audio input, which enables you to connect a Sky box and enjoy multichannel Dolby Digital broadcasts using the system’s built-in decoder. These sockets are joined by progressive scan-capable component video, composite and RGB SCART outputs, plus stereo audio input and an antenna terminal for the built-in FM radio tuner. 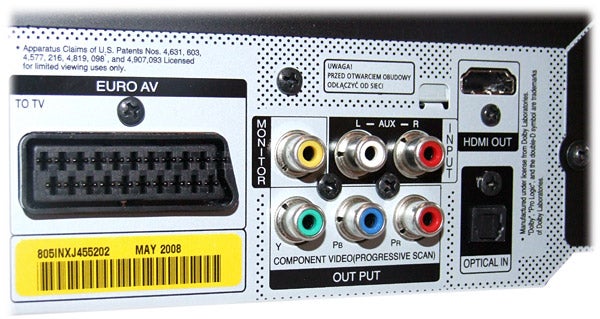 In the rather large box is a set of four tallboy speakers, all of which are elegant and unimposing. Their soft curves and tapered bottom section is reminiscent of LG’s jaw-dropping champagne flute system, the HT762TZ. Assembly is simple – they screw into the circular plastic feet and the supplied speaker cable connects to the screwclip terminals on the bottom.

The subwoofer is slim and compact, but it’s of the passive (non-powered) variety, which doesn’t inspire a great deal of confidence in its capabilities. Still, with 150W of power being piped into it (with 70W delivered to each of the other five channels) it might surprise us yet. Completing the package is a horizontally shaped centre speaker that should easily find a home beneath your TV.

Digging deeper into the system’s features, we find that it offers excellent value for money. Audio format support includes Dolby Digital, DTS and Pro Logic II, but the real bonus is LG’s own Virtual Sound Matrix (VSM) technology, which adds five virtual speakers in between the real ones to offer a 10.1-channel sound effect. And with 2.1-channel sources, it can add virtual centre and rears to create a 5.1 effect.


Format support is wide-ranging, taking in disc types like DVD, DVD-R/+R, DVD-RW/+RW and CD, plus DivX, MP3, WMA and JPEG. You can play any of these compressed formats from a CD, DVD or a device connected to the USB port. 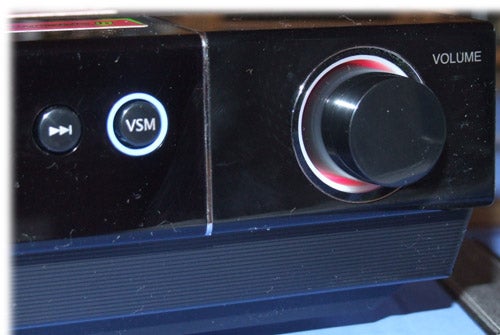 The USB port also boasts the unique USB Direct Recording feature, where the system rips CD audio tracks as MP3 and stores them directly on a connected USB memory device (but not a card reader). It rips them at 96 or 128kbps (selectable in the setup menu) and you can rip an entire CD or a selection of your choosing. It’s a nice feature that lets you rip songs without cranking up your PC and the sound quality is terrific, but on the downside each song takes an awfully long time to copy, and as there’s no built-in song database you’ll have to use a PC to tag your songs.


Elsewhere there’s a bunch of EQ sound modes designed for music playback (Natural, Pop, Classic, Rock, Jazz) including an Auto EQ mode for USB playback, and there’s a decent range of audio settings, including individual volume and distance settings for each channel, a test tone and HD AV Sync, which tidies up lip sync problems. 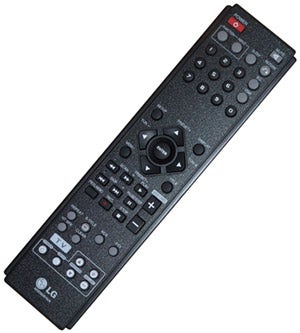 The system is exceptionally easy to use. Colour-coded speaker cables are as welcome as ever, and the deceptively basic-looking remote is in fact very intuitive thanks to the well-placed buttons – apart from the ‘Return’ key which is located nowhere near the other menu controls.


The onscreen design is clearly catered towards those who hate hassle – the menu layout and presentation is blissfully uncomplicated, using cartoon-like icons and clear text, while the DVD and CD playback displays convey all the relevant info in a clear, if unsophisticated way.


The HT503TH delivers very strong picture quality, particularly when boosted to 1080p via HDMI. The tricky mixture of finely-detailed CGI and live action in ”Star Wars Episode II” is reproduced with a pleasing level of clarity. Edges are razor-sharp and artefacts are kept at bay, while the strength and authenticity of colours is dazzling, particularly during the scene in which Anakin and Obi-Wan chase a bounty hunter through the neon-lit city.

But has Mark Levinson’s influence had a positive effect on the system’s sound quality? Well, yes and no. Asking a high-end audio expert like Mark Levinson to get world-beating sound quality out of a low-price home cinema system is like asking Roger Federer to win Wimbledon with a wooden racket – it’s not going to happen. But there’s no denying that the HT503TH is impressive for the money, and is definitely a cut above some similarly-priced systems we’ve tested.

It’s clear from the outset that the unit packs plenty of power, demonstrated by its effortlessly loud and muscular rendition of ”Episode II’s” opening scenes. The bomb explosion during the attack on Senator Amidala’s spacecraft is full-blooded, making us jump from our seats with child-like excitement, and unlike many systems you don’t have to turn the volume up very loud for it to have an impact – we rarely raised it above the halfway point.


The front, centre and surround channels are cleanly separated and the rear effects are smoothly steered, but all four speakers do sound a touch boxy, which prevents dialogue and other key effects from sounding as clean and strident as we hoped. 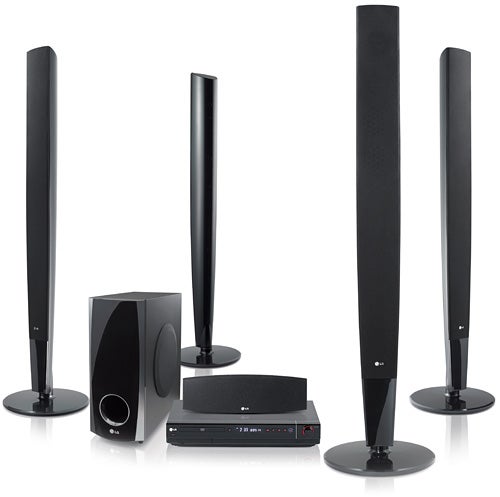 Also, the subwoofer seems unable to cope with the 150W being fed into it. It pounds away during busy action scenes with all the control of an alcoholic on a rollercoaster, producing flabby, undisciplined bass that had us reaching for its volume control. But these quibbles aside, you can’t really complain for the money, particularly when where’s so much other good stuff to keep you entertained.


With the HT503TH, LG has once again demonstrated its ability to produce an affordable home cinema system that looks great, boasts loads of features and performs reasonably well. It can’t entirely disguise its budget nature, even with someone of Mark Levinson’s calibre wielding the pliers, but it’s good enough to make your £200 feel like money well spent.