The HB954PB is the step-up version of the 2.1-channel HB354BS Blu-ray system we reviewed back in April, and is aimed at those with a bigger budget and a bit more room to spare. The HB954PB ups the speaker count to 5.1 and throws in a pair of LG’s gorgeous ‘champagne flute’ floorstanders. It’s also more powerful than the 354BS, supplying 155W per channel and 225W to the subwoofer, which should be more than enough to give your movies real clout.


The Blu-ray player built into the main unit is a Profile 2.0 affair with an Ethernet port on the back, which allows you to access BD Live content and watch YouTube videos – just like LG’s standalone BD370. This unit, which also features an integrated surround sound receiver, is attractively styled in a gloss black finish that’s jazzed up beautifully by some subtle blue highlights underneath the front panel and around the volume dial. 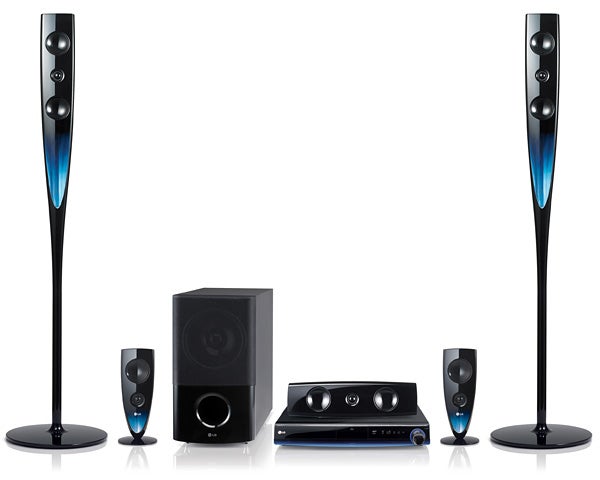 The nicely-sized display panel shows the title, chapter and running time and next to it is a hidden iPod/iPhone dock, which slides out smoothly and feels a lot more robust than the Panasonic SC-BT205’s dock. Completing the front-panel connectivity is an upward-facing USB port, which accepts flash memory drives, MP3 players and even external HDD drives.


Back-panel connections are a cut above your average all-in-one system. Most impressive is the inclusion of two HDMI inputs, which allows you to use the system as a hi-def switchbox and might also come in handy if you want the LG to decode surround sound bitstreams from external devices. As if that wasn’t enough, you also get optical and coaxial digital inputs plus analogue stereo input.

Outputs include the obligatory HDMI socket for firing 1080/24p pictures to your display, as well as component and composite video sockets. The flimsy springclip speaker terminals are par for the course with one-box systems but at least they’re colour-coded for easy installation. Rounding up the selection are FM/AM radio antenna and remote control ports. 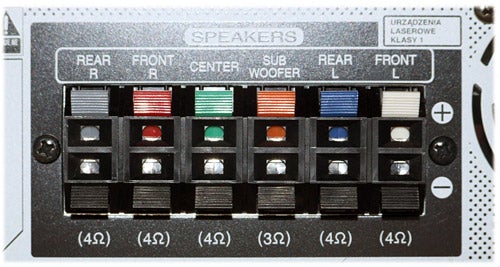 The champagne flute speakers stand 1.2m tall and instantly add a touch of class to their surroundings. They’re also robustly built and finished in gloss black, which blends into the blue tinted bit at the bottom and looks stunning. In the box they’re split into three easy to assemble parts – the base, stem and speaker screw into each other and the pre-attached cable threads through and plugs into the connector on the bottom.


You also get a pair of rear bookshelf speakers that share the same blue-tinted black finish and tapered shape of the fronts, a long centre speaker that sits tidily under the TV and a smart-looking passive subwoofer. All of these elements combine to make a fine-looking, well-matched system.

The inclusion of a USB port makes it easy to play back digital media, and format support is solid. You can watch DivX movies and other AVI files, listen to MP3/WMA or view JPEG photos, but it grumpily refused to play any of our DivX HD or WMV files.


The system’s built-in Dolby TrueHD and DTS Master Audio decoding lets you enjoy HD audio without worrying about the compatibility issues that arise when buying separates. It also decodes regular Dolby Digital and DTS, while the Pro Logic II processing can be used to turn stereo material into surround sound. Like most of LG’s other systems the HB954PB also comes equipped with Virtual Sound Matrix, which expands the 5.1 soundstage to 10.1, but it can be bypassed if you’re not impressed by the results.

Throughout the entire GUI, the menus, text and colour schemes are sharp and easy on the eye. The system’s sophisticated-looking Home menu makes it a doddle to access any of its functions, with a row of colourful icons along the middle that offers a choice of Movie, Photo, Music and Setup.


The setup menu’s cursor is a little sluggish to scroll across to the next submenu but it’s generally co-operative. You can fiddle with every aspect of its functionality, even down to the graphic used in the menu background. Also impressive are the little boxes that pop-up onscreen when you change the volume levels. 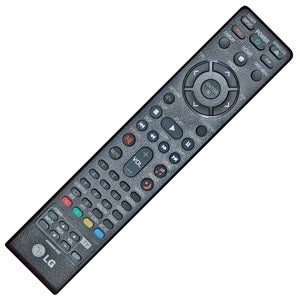 Having tested several LG systems recently, we’ve grown accustomed to its remotes, but newcomers might be a little non-plussed. The playback and menu controls are intuitively placed but everything else feels random and the layout is cluttered at the bottom. It does however boast some helpful icons and colour coding.


The system is ultra quick to load discs, which should come as no surprise given the BD370’s speedy performance. Transformers’ first menu popped up 30 seconds after pressing close, ”Spider-Man 3” fired up in 37 seconds while ”Wall-E” took just 20. We’re sure some will say that’s still too slow, but compared with some older decks it’s like greased lightning.


What’s instantly apparent when you first start playing a movie is that you don’t need to crank the volume up high to make an impact – even at half way the power is formidable. What’s also apparent is that this system is a superb performer, offering a remarkably open and dynamic soundstage. Once again hi-fi don Mark Levinson is the ears behind the operation and has done a wonderful job of sidestepping the problems that so often prove the undoing of one-box systems.

To test out the HB954PB’s performance, we used two Blu-ray discs – ”Charlie and the Chocolate Factory” and ”Transformers”. The effervescent Dolby TrueHD soundtrack of the former is communicated with bucketloads of energy and detail throughout, particularly the scene inside the Mixing Room – the whirring machines and subtle lapping of the chocolate lake coming from the surround speakers are crisp and immersive, while the Oompah Loompah’s song is layered with punchy brass, solid bass and unusually clear vocals.


The more aggressive TrueHD track of ”Transformers” is handled with equal aplomb. During the gigantic robot-on-robot scrap at the end, the sounds of clanking metal, blasting rocket launchers and falling debris ping around the room with well-controlled vigour, without ever sounding harsh. Meanwhile the sub pounds out heavy robo-footsteps and explosions with pleasing heft, plus the excellent dialogue reproduction gives Prime’s gruff voice real presence. The only flaw is that the sub is a tad loose and boomy in places, which doesn’t help its integration with the satellites. 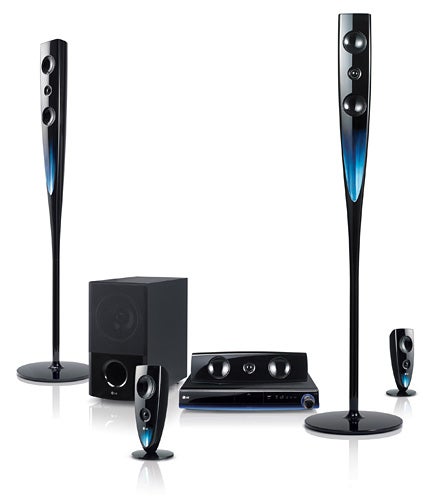 If you’re planning on using the system in place of a hi-fi, you certainly won’t be disappointed. A blast of Michael Jackson’s ”Off The Wall” CD reveals a pleasing balance across the frequency range and enough energy and rhythm to get those toes tapping ten to the dozen.


Picture quality is also better than you’d expect from an all-in-one system. With ”Charlie and the Chocolate Factory”, the HB954PB’s top-notch detail retrieval provides remarkable insight – the minutiae of the Mixing Room looks sharp and focused, plus facial close-ups reveal delicate textures and nuanced shading. Vivid colours are handled with eye-popping depth too, and when combined with the pin-sharp detail it forms an irresistibly rich and punchy picture.


The HB954PB is yet another top-quality all-in-one system from the LG stable. Not only does it provide a convenient way of getting a Blu-ray player and 5.1-channel sound system in one fell swoop, it’s also immensely stylish and packed with features – the iPod dock, YouTube access and USB port are particular highlights. It’s not the last word in picture and sound performance but the key here is value – if you can piece together a better separates system for the same sort of money, then we’ll eat our collective hats.