Devices like the iPhone and HTC Hero have proved that onscreen keyboards are just as fast to type on and easy to use as physical keyboards, but some people simply prefer the tactile feel of a proper keyboard. What’s more, keypads/numpads are simply not up to snuff if you do a lot of texting or emailing. The problem is, phones that feature a proper keyboard tend to be expensive smartphones of the Blackberry or Windows Mobile ilk. LG, however, is hoping to offer a compelling middle ground with the GW520.


The GW520 is a higher end version of LG’s other current low cost slideout keyboard phone, the KS360, but it has a few key extras including 3G support and a larger screen. However, this has resulted in a significant price hike. Where the KS360 is available for just £60 on Pay-As-You-Go, the GW520 costs £129. This is by no means extortionate but neither is it completely bargain basement. Of course, the big question is does it justify the extra cost? Well, let’s take a look.


Straight away the GW520 has the look of a lower cost device than many of the premium phones we’re used to seeing. In particular, the silver painted chassis, while no less sturdy or more prone to scratches than other phones, looks dull and the paint will no doubt start to rub off after a few months in a pocket. The front also looks cheap, as the call answer/end buttons are made up of a single rubber piece, rather than individual buttons. However, overall this is a perfectly smart looking device.


Unsurprisingly, due to the keyboard, the GW520 is not a thin phone, but it’s by no means a Goliath either. With dimensions of 106mm x 53mm x 14mm, it fits comfortably and securely in the hand with all the buttons falling easily within reach.

Accessing the keyboard brings into play the metal sliding mechanism. It doesn’t raise the screen up at an angle for easy viewing like the Nokia N97 and Touch Pro2, but it’s nonetheless well-engineered.


Likewise, the keyboard is excellent with large spacious keys that offer a really positive action with a particularly sharp break so you know when you’ve hit them or not. The layout is also very good though not quite perfect. The space button is a bit small, the position of the punctuation mark keys is a little odd, and the way the keyboard goes right to the edge means it’s sometimes difficult to reach the keys closest to the edge of the phone. Nevertheless we were able to type at a decent rate straight away.

These latter points do highlight our insistence that the best onscreen keyboards are actually easier to type on than physical ones because the layout can be cleaner, making it easier to see what you’re doing. We won’t dwell on this point though.

Talking of onscreen keyboards, the keypad-style keyboard that appears if you try to write with the phone in portrait mode is particularly poor – it simply can’t keep up with button presses. 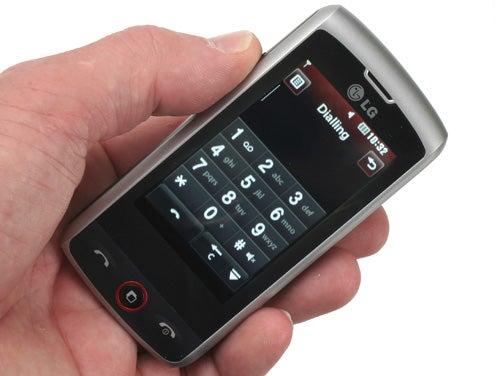 Aside from the general look of the GW520, the other most obvious area of cost cutting is its screen. With a size of 2.8in and resolution of just 240 x 400 pixels, it is noticeably more cramped than that of most full-face touchscreen phones. This makes web browsing, reading emails, and any other task requiring a reasonable amount of information to be onscreen at one time somewhat cumbersome. At least it’s bright, colourful and has reasonable viewing angles (though contrast does drop off noticeably). 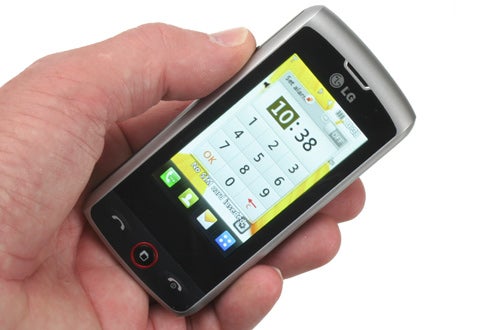 The touch aspect of the screen also leaves something to be desired with a general feeling of slight unresponsiveness. It’s by no means a nightmare but it can take a double prod every now and then to get an accurate response. Coupled with generally slow performance, this makes using some of the GW520’s more sophisticated features rather tiresome – you’ll get stuff done but it can sometimes take a while.


Take the Facebook app for instance. It took 40 seconds to load and that’s if it’s up to date and in a good signal area. When the app had a lot of information to load it took 110 seconds to open. This is admittedly an extreme example and most inbuilt basic apps load much quicker, but even the weather widget took 10 seconds to load.


Meanwhile, the custom web browser, which can display full web pages, failed to load the TrustedReviews website and proceeded to fire up a ‘Memory Full’ error instead. It’s also slow in general and as this handset lacks Wi-Fi, things aren’t going to get much quicker.


As for those other apps, the GW520 has a basic but adequate set of PIM, office, multimedia, and general use apps, including an email client, a music player (with full tag and album art support), a movie editor, a few pretty awful games, an FM Radio, a calendar with to do list, alarm clock, memo pad, calculator, and voice recorder. 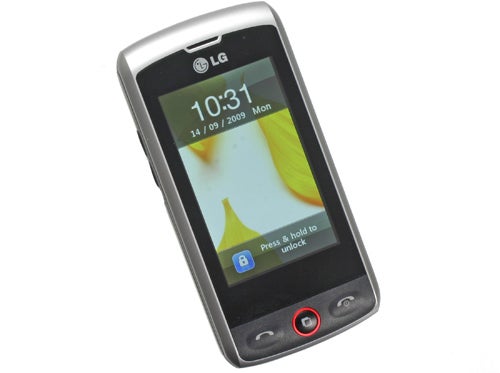 The interface is the same one we’ve seen on LG’s handsets for a while now, comprising two desktops onto one of which can be placed shortcuts to your favourite apps or widgets (things like an analogue clock face, memo pad, and picture viewer). The other desktop brings together contacts and messages into one confusing and horrible interface that should be avoided at all costs. The rest of the interface is not the prettiest but is well optimised to be navigated using just the touchscreen.

A 3-megapixel sensor is all you get in the GW520’s camera, and it lacks autofocus and a flash as well. It’s no surprise, then, that the best images are those shot outdoors in good light and from a distance. At least the lack of any sophisticated features means there’s next to no ‘shutter’ lag (a ”feature” I always defended the iPhone for also having). Likewise, video is pretty poor, particularly because it has a low frame rate but also because the maximum resolution is just 320 x 240 pixels. 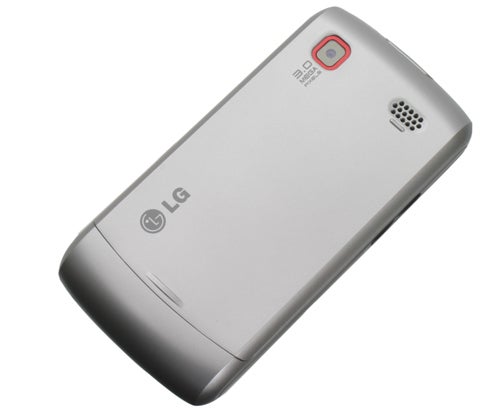 One of the more exciting things to find on this phone is a microSD slot that can take cards up to 8GB. This gives the phone potential to double as an mp3 player as well as making it easy to transport photos and other files to and from the device. Unfortunately, unless you have a particularly lackadaisical approach to mobile music listening, the GW520 doesn’t pass muster as an mp3 player because you can’t use decent headphones. There is a headset included in the box and it plugs into the universal micro-USB data and charging socket. However, it’s a one-piece affair so you can’t use your own headphones and the sound quality from these is very poor with noticeable background hiss, next to no noise isolation, and generally poor sonic performance.

One area where this phone really excels is in battery life. LG quotes an astonishing 500hrs standby time and an impressive 4.5hrs talk time. In our experience, after using the phone quite intensively – playing mp3s, browsing the web, and playing videos for about an hour total each too – we managed four days between charges.


The LG GW520 accomplishes what it sets out to; it’s a low cost 3G handset with a touchscreen and slide-out QWERTY keyboard. However, the lack of Wi-Fi and headphone socket, plus the sluggishness of the OS and touchscreen all combine to leave us rather nonplussed. 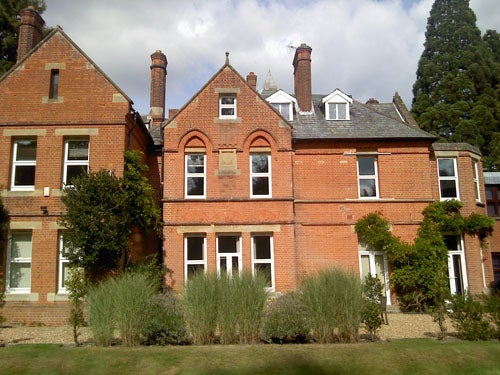 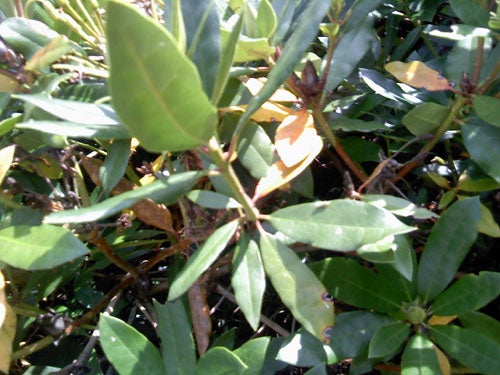 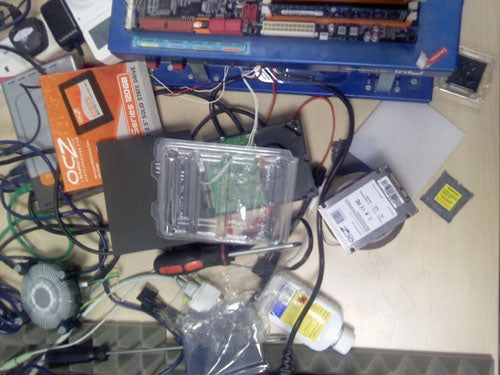