LG, like its Korean neighbour Samsung, has been an enthusiastic adopter of touchscreen technology for its phones. As well as producing touchscreen handsets based around its own operating system it has also snuggled up to Microsoft on quite a few occasions to kit its handsets out with Redmond’s Windows Mobile OS. It’s not much of a surprise then to find that the GM750 is among the first batch of devices to run Microsoft’s new Windows Phone offering.


The GM750 closely follows the design template that LG has used on previous handsets like the Arena KM900, Cookie KP500 and Renior KC910. At 13mm thick it’s slightly chubby, but not overly so and as it’s relatively narrow (by touchscreen standards) it actually feels quite comfortable to hold in the palm of your hand. And although the phone is mostly made from plastic it feels quite rigid and solid, while at the same time managing to tip the scales at a rather lightweight 119g. 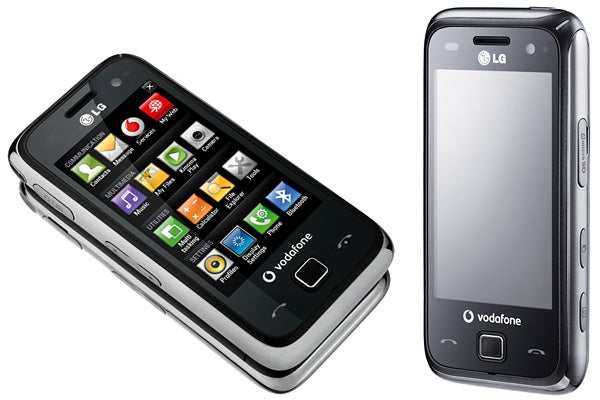 As it’s a touchscreen phone, the GM750 is mostly controlled via onscreen menus, but LG has still kitted it out with a decent array of hardware controls. There’s an on/off button at the top that doubles as a lock switch, while the right-hand side is home to a volume rocker switch. On the left, you’ll find the dedicated camera button, plus a multitasking button to call up LG’s special multitasking menu. You’ll also find the microSD card slot here, while LG has positioned the micro-USB port on the top of the right-hand edge of the phone. Unfortunately this USB port also doubles as the headphone socket (we would have preferred a dedicated mini-jack socket for this), but at least the headset is a two-piece affair with a standard 3.5mm jack in the middle. This means you can swap the headphones for your own set of cans without losing the hands-free functionality.


The biggest change from the norm with the GM750’s physical design is the optical joystick that you’ll find nestled beneath the touchscreen. This works much like a traditional D-pad except that there are no moving parts. Instead, a sensor tracks the surface of the pad to work out in which direction you’re swiping your finger so it can respond accordingly. It can be used for navigating around menus or for scrolling through long lists, like contacts in the address book, and works pretty well as it’s reasonably responsive.

As you would expect of a modern smartphone, the GM750 is certainly not found lacking when it comes to connectivity. It supports HSDPA at speeds of up to 7.2Mbps for fast data access on the move and Wi-Fi for when you’re within range of a hotspot or Wi-Fi router. Naturally, there’s also Bluetooth onboard and the phone also has GPS, which worked without any problem with the downloaded Google Maps software.


As we’ve already seen, the handset is built around Microsoft’s Windows Phone operating system, but LG has bolted its own S-Class user interface over the top. Previous versions of Windows Mobile have provided a poor user experience, but Windows Phone is a big improvement on what’s gone before. For example, the new Lock screen is actually very useful as it provides you with a quick way to check for emails, missed calls and text messages. 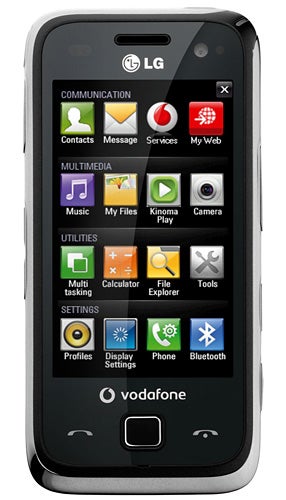 The Today screen has also been vastly improved over the old version and the Start menu is now quick and straightforward to use thanks to the new chunky icons. However, by bolting its own S-Class interface over the top, LG isn’t exactly giving the Microsoft interface designers its vote of confidence.


S-Class has been used on a whole host of other LG touchscreen handsets so we can understand why the company wants to stick with it here, but really, it only makes the GM750 more confusing to use. The problem is that with S-Class running there’s usually two or more ways to access the same feature or menu. For example, you end up with two calendars – the S-Class one and the native Windows version, and two main menus – the S-Class grid menu and the Windows Phone Start screen. What’s more, the phone’s 528MHz Qualcomm processor isn’t exactly the speediest around and with the extra burden of running S-Class over the top of Windows Phone there are times when the handset feels very sluggish to use.

The biggest problem with this phone, however, is its screen. As is the case on most Windows Phone devices LG has used a resistive rather than a capacitive touchscreen. Although resistive displays are fine for use with a pen or stylus, the majority of them aren’t responsive enough to provide a satisfying touch experience and that’s certainly the case here.


In fact, the screen on the GM750 is one of the worst we’ve come across for touch input as you really have to press ridiculously hard on the display to get it to accurately register simple gestures like selecting an icon or just scrolling up and down through the Start menu. As you can imagine this quickly becomes very frustrating. And it’s not like the screen makes up for this failing when it comes to sharpness as the lowly 440 x 240 resolution means that images and text don’t look anywhere near as crisp as they do on many of the other Windows Phone handsets we’ve looked at recently. 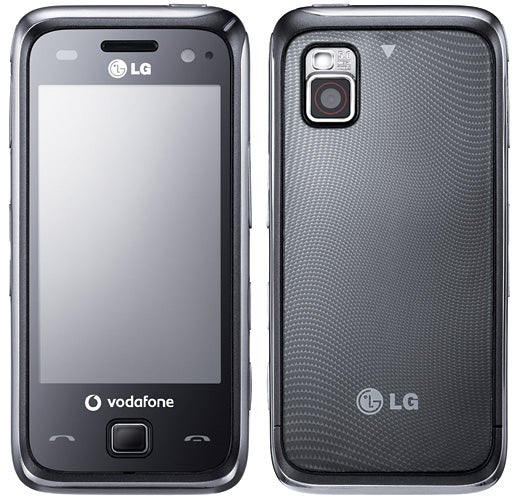 On the plus side, the GM750 does have a decent 5.0-meagpixel camera. This doesn’t have any kind of flash, but it does have autofocus to try and help you avoid taking blurry photos. The lack of a flash affects indoor shooting as unless the room you’re taking pictures in is flooded with light the resulting shots look very dark and grainy. But photos taken outdoors come out looking much better as the sensor does a decent job of capturing accurate colours and grabbing a fair amount of detail. As a result, pictures stand up pretty well when you transfer them to a PC and view them on a monitor. LG has also added a micro-mirror above the lens to help you frame self-portraits or shots of you and your mates.


Call quality was generally good during our test period, and while there are times when the earpiece can sound a little bit tinny, for the most part it performs well and produces clear and loud audio. The phone’s reception was also first class and it impressed in terms of battery life, too, as we got around two days out of it with moderate usage of 3G surfing and GPS before it needed a recharge.


LG has made some impressive touchscreen phones in the past but unfortunately, the GM750 is not one of them. It may be available on a pretty reasonably monthly tariff from Vodafone, but the sluggish performance and unresponsive touchscreen mean that we still don’t think it offers good value for money.