The original LG Viewty was seen as one of the first big rivals to the iPhone as a multimedia-centric, finger-friendly, fully touchscreen driven ‘smartphone’ and as such it sold in the millions. However, despite its impressive camera and perfectly serviceable interface, it just didn’t feel like the complete package to us. Nearly two years later and we finally have the sequel to this surprisingly popular handset, the Viewty Smart, or GC900. With an eight megapixel camera and high resolution screen, this has the potential to be another big hit so let’s see how it holds up.


What’s immediately obvious about this second generation Viewty is how much smaller it feels than the original. In particular, it’s the GC900’s slimness that strikes you. At 12mm thick it only knocks 2.8mm off the original but in the hand it feels markedly slimmer, something that’s probably down to its tapered edges. In terms of its other dimensions it very closely takes after its forbear with a height of 107mm, width of 55mm, and weight of 107g. This still makes it smaller and lighter than many rivals, though. 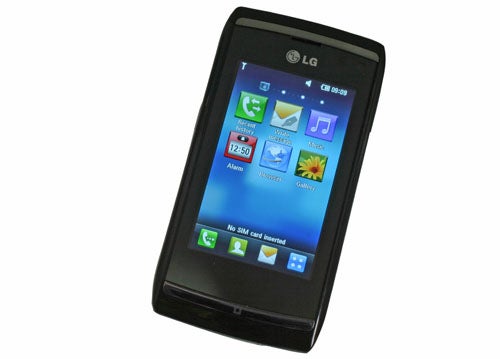 Sadly all this weight saving and slimness does come at the expense of ruggedness as the phone lacks a hard screen and is made entirely of plastic so will scratch easily. At least the brushed metal-effect will mask lighter scratches on the back.


The other area where this phone suffers is its relatively small screen. At 3in from corner to corner, it’s by no means tiny but, possibly due its thick bezel, it looks and feels markedly smaller than many rivals. Thankfully the WVGA (480 x 800) resolution means it still packs in plenty of detail and colours are bright and vivid. 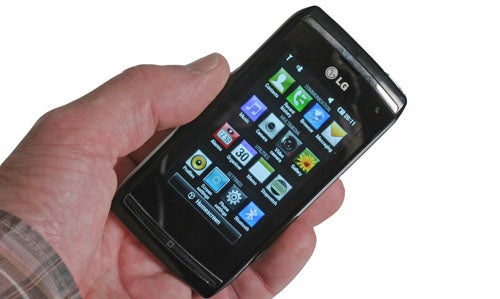 The touch aspect of the screen is capacitive but unlike all other capacitive screens we’ve seen in the past the screen is soft. We found this made it just a little bit more difficult to use than the hard screens of devices like the HTC Magic, iPhone, and Samsung i910 HD, which really do feel effortless to operate. This is despite the GC900 using haptic feedback (the phone vibrates slightly each time you touch the screen) to help you feel your way around.

Despite not having the best touchscreen, LG has made the GC900 feel nice to use due to a clean and simple interface, which is essentially the same one we saw on the KM900. Icons are consistently large (finger sized) and all the usual flick and swipe actions for scrolling through menus have been well implemented. Support for multi-touch is also present with the now ubiquitous pinch action zooming in and out of pictures and web pages. Even the on-screen keyboard is easy to use, though we found we couldn’t type very fast with 15 words a minute being our best result using the number pad interface (with T9) and 20 words a minute using the ‘qwerty’ landscape interface. Compare this to the 40 words a minute we can easily manage with the iPhone and you realise how slow this is. 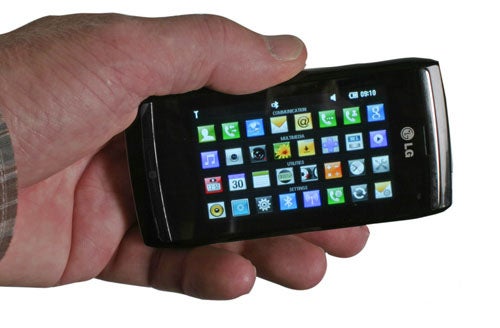 The interface also falls down when doing anything challenging. In particular the browser feels sluggish when trying to zoom in or move around the page and while it renders most pages properly it simply refused to load TrustedReviews. Our last little complaint about the interface is the rotating desktop. This lets you swipe from one home screen to a choice of three others, each with a variety of shortcuts. One is for quick access to favourite contacts, another is for photos and music, while the third gives you access to a customisable set of widgets, including a calculator, analogue clock, calendar, and notepad. The problem lies with the fact it takes an age to swipe between each one (well, up to two seconds) and also that there’s no reason why most of these shortcuts couldn’t simply be put on a single screen. There’s also a completely pointless 3D version of this interface which you can see in our video review.


In terms of software features, Google Maps (the aGPS for which works very well) and YouTube come preloaded and there’s Java support so many games and other apps should work. There are also world clock, memo, stopwatch, organiser, voice recorder, unit converter, Movie maker, and FM radio (the sound quality and reception of which seemed particularly good) apps but there’s no app store or equivalent to easily download extra apps. 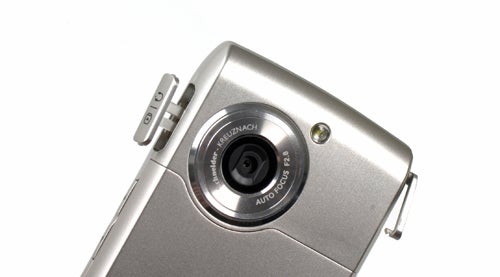 Moving back to the hardware and one of the Viewty’s most appealing features is its 8-megapixel autofocus camera. Unfortunately it’s not as good as we hoped. In bright light it can pick up quite an impressive amount of detail but the images are noisy and it struggles with any sort of high contrast shots. Add in the fact the lens is left unprotected and easily gets covered in fingermarks and you’ll very quickly find many of your shots come out looking pretty rough. What’s perhaps most disappointing is that LG has dropped the Xenon flash of the original Viewty and replaced it with an LED one. It’s powerful enough to illuminate objects within a couple of metres but is definitely a step down. That said, it does at least enable you to use a light while shooting video, something the GC900 can do at up to 720p resolution.

Overall, the camera is better than many phone cameras but given this phone’s camera is supposed to be one of its big selling points, it’s definitely a tad disappointing and even a very cheap dedicated compact camera will give you much better results.

Getting those photos off, and getting music and other media onto the Viewty Smart is made easy by the inclusion of a MicroSD card that sits on the phone’s left edge above the 3D interface button. You can set the phone to use this as default storage for the camera and with 32GB cards now available there’s plenty of room for all your favourite MP3s as well.


To facilitate MP3 (or WMA) playback LG uses a proprietary headset connection which can be found on the right edge above the volume/zoom controls and camera shutter button. While the lack of a 3.5mm headphone jack is a little annoying, the bundled headset includes a 3.5mm adapter on its end, along with a call answer button and microphone. You can therefore, use your own headphones, while still answering and making calls. The included headphones are adequate if you’re in a quiet environment but their lack of noise isolation makes them essentially useless for noisy places. They’re also not overly comfortable.


In terms of connectivity, this phone is very well catered for with LG not being tempted to drop Wi-Fi, as some rivals have. In particular you get 3G HSDPA 7.2, GPRS, EDGE, Wi-Fi, and Bluetooth with support for A2DP audio streaming.

Battery life is also impressive with a reported standby time of 330 hours and talk time of 5.5hrs (2G) and 4.7hrs (3G). During out testing we charged the phone fully then used it extensively for two days, taking quite a few pictures and videos, listening to several hours of music, browsing the web over both 3G and Wi-Fi and generally tinkering with the interface and still had two of the three battery level indicator bars remaining.


All told, then, the LG Viewty Smart GC900 is a difficult beast to pin down. Its camera isn’t quite good enough to make it a true camera phone, it lacks a sophisticated enough web browser and email client to even come close to rivalling the iPhone or other smartphones. Its missing headphone jack and lack of hardware controls mean it’s not a dedicated music phone, and it’s not so cheap (like the Nokia 5800 Express Music) that it makes for a truly low cost alternative to all the other touchscreen phones. Nonetheless, it’s an elegant, easy to use all rounder available at a decent price. 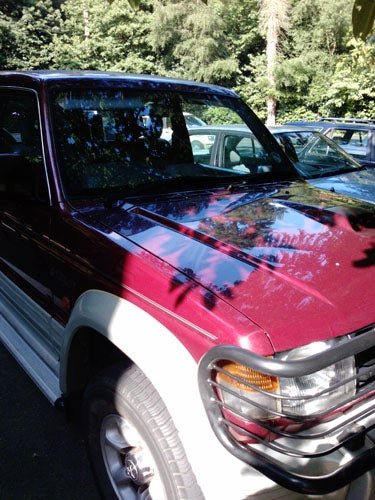 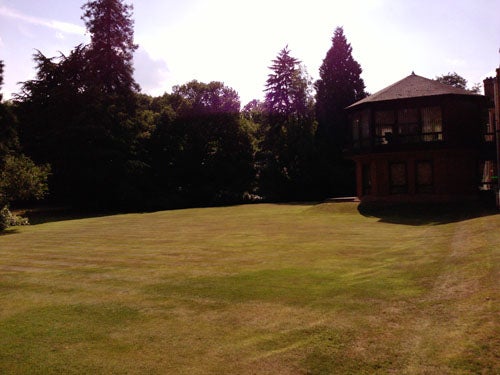 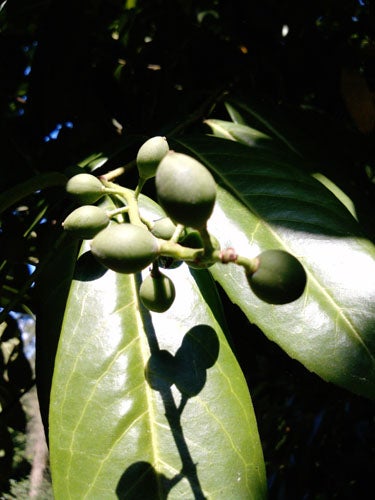