‘”Simple is the new smart”. That phrase has been LG’s mantra when designing the LG G3. It applies to the physical design and it applies to the totally reworked Optimus user interface that LG has layered over Android 4.4.2 KitKat.

LG’s skinning of Android in the past has been a little poor. It looked a bit naff and didn’t do all that much, which meant that we’d have much preferred a phone with a stock version of Android instead.

The latest UI is a different proposition. LG has used a much flatter, even Apple-esque, design that makes the LG G3 feel a lot more contemporary to use. 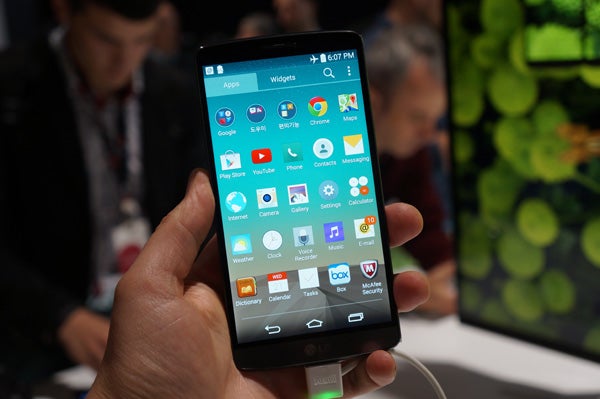 Knock Code and KnockOn
As well as PIN-based security the LG G3 has Knock Code. This lets you tap the screen in a particular sequence to unlock the phone. The idea is that gesture unlocks are insecure because there is often a visible residue outline left on the phone that offers a clue as to how to unlock it. Just tapping the screen does not leave as apparent a clue. More useful is the KnockOn feature that lets you turn the screen on or off by double tapping it. This was introduced on the G2 but is even more of a blessing on the larger-screened LG G3. 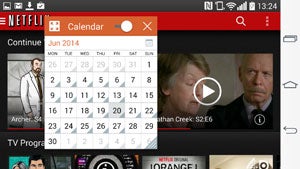 Qslide was launched with the LG G2 and is a handy little feature that lets you open certain apps in a small window over the app you’re currently using. These apps include video, stocks, internet browser, phone, calendar and calculator among others.

Smart Notice
Smart Notice is a bit like Google Now. It offers
tips and advice based on your location, calendar and general usage of
the phone. 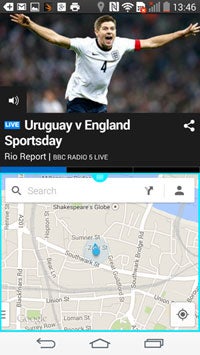 In a similar vein to Qslide, LG has added split screen mode to the G3. This let you run two apps at the same time, one above the other, simply by pressing and holding the back soft key. You won’t be able to select any app from you library. Instead there are some apps that LG allows you to use in split screen mode. These include email apps, messaging, browsers, maps and YouTube.

The large display means the LG G3 is well suited to some split screen shananigans and the feature works well with the apps included. One small bugbear is that email and messaging apps tend to take the whole screen when the keyboard opens for typing, otherwise it’s useful and we hope that LG allows more apps to be included in the selection. Netflix and Spotify would be excellent additions, for example.

Smart Keyboard
LG thought it would be a good idea to make the keyboard a little more user friendly due to the size of the LG G3’s screen. It is.

You don’t need to move your hand to reach the input box if you’ve made a mistake any more. All you need to do is press and hold the space bar and then move your thumb left and right. The cursor will move to the position you want it to without you having to pick the right spot with surgical precision as you would on other phones.

The keyboard also trys to learn your habits. If you’re a messy typist and regularly find yourself making mistakes the LG G3 can adapt and learn where you hit the keyboard and what you actually meant to type. In the days we’ve been using the phone we haven’t noticed a marked improvement, but this is the sort of feature that takes time to shine. LG claims typing accuracy can improve by as much as 75 per cent once the phone has fully learned your habits.