With a large 3,000mAh removable battery to power it you’d expect the LG G3 to last a while on a single charge. After all only the Sony Xperia Z2 comes with a larger battery – the Galaxy S5 and HTC One M8 both pack smaller ones.

This is not quite the case, however. It is not that the LG G3’s battery life is bad, it’s just average. The only thing we can blame is that thirsty QHD screen. At full brightness you can almost see the battery draining in real time, knock the brightness down a few notches and things get noticeably better, though.

We managed a full day of heavy use with the brightness set to 70 per cent. This included an hour of calls, two hours of web browsing (3G and Wi-Fi), an hour of listening to music with a GPS enabled fitness app running, four hours of Wi-Fi video streaming and an hour of 3D gaming, as well as taking a dozen pictures. With more measured use we got about a day and a half. 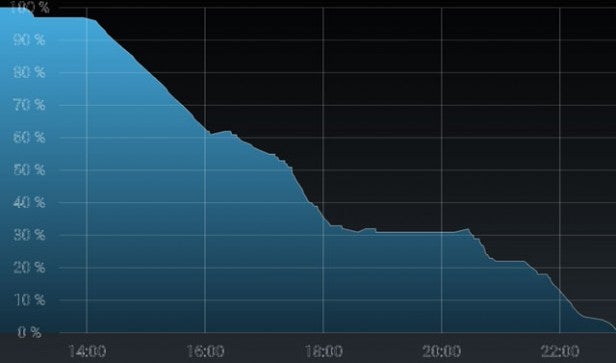 In our second test we set the LG G3 on airplane mode and made it play a video on loop at medium brightness until it turned off. It managed a respectable 10 hours of playback, just an hour less than the Galaxy S5. 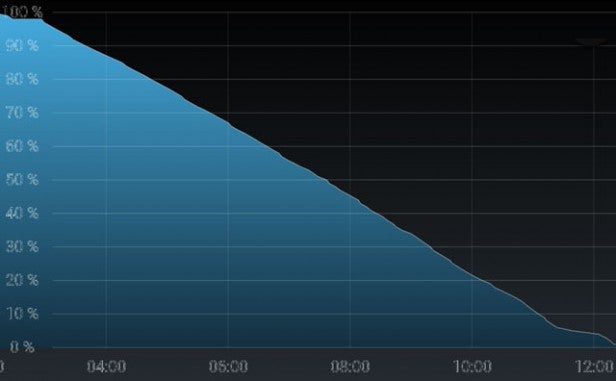 The LG G3’s battery life is what we’ve come to expect from most top-spec phones these days – you’ll probably need to charge it daily. However, the battery is remarkable in one way, it charges very quickly. You get 35 per cent from empty in just a 30 minute charge, and a full battery in around two hours.

There is, of course, a battery saving mode. This kicks in automatically at 5 per cent battery life but you can change it to start at 30 per cent in the settings. To conserve energy it turns off Bluetooth, Wi-Fi and tap vibrations and sets the screen brightness to just 20 per cent. Used sparingly we found that the battery saving mode helped the LG G3 survive a whole day starting at just 30 per cent battery life, although you will struggle to make out the dim screen outdoors.

During calls the LG G3’s earpiece is loud and clear and the microphone performs well. The LG G3 comes with a secondary mic for active noise cancelling and this helps when you’re in a noisy environment and trying to make yourself heard.

Unfortunately the speaker is disappointing. It possesses neither the volume nor the depth of other phones in its category – audio is weak and thin. However, the LG G3 does come bundled with some reasonable earphones. These offer much better sound quality and noise isolation than Apple’s EarPods, but, being in-ear, they are a little more invasive. 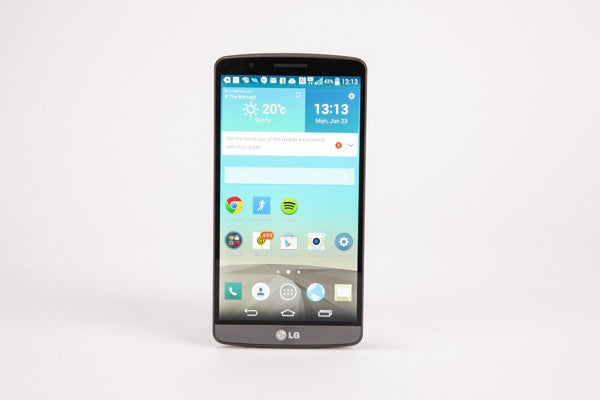 The LG G3 deserves serious consideration. The design isn’t quite as slick as the HTC One M8 but the camera is a lot better and you get a lot more screen for your money. While the Sony Xperia Z2 is built from more premium materials the LG G3 is actually a lot easier to handle.

The Samsung Galaxy S5 is probably its closest like for like rival and it squares up to it very well indeed, aside from the lack of water resistance and the slightly lower battery life. At around £50 cheaper than the other phones it is well worth looking at.

The LG G3 is LG’s best phone yet. The screen is special but we’d have been happy for a 1080p display and better battery life. However the LG G3 has no real weaknesses, it’s an all-round great phone.