The LG G Pad 8.0 is an 8-inch Android tablet which slots neatly in between the G Pad 10.1 and the G Pad 7.0, which are also being launched at the same time. The internals are practically identical across all three devices, with a quad-core 1.2GHz Snapdragon CPU, 800 x 1280-pixel IPS screen, 1GB of RAM and 16GB of internal storage. 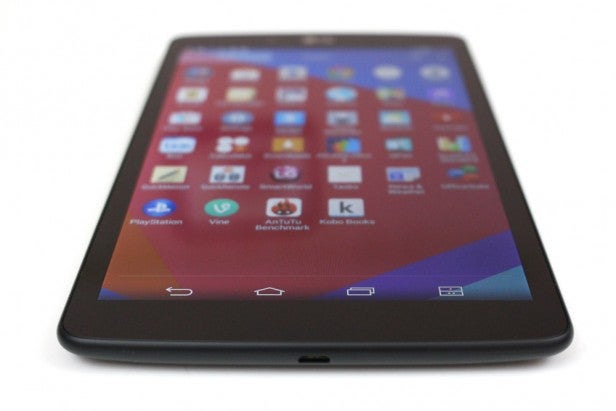 In the realm of Android, smaller 8-inch tablets are fast becoming the norm, with this particular screen size seeming to strike the perfect balance between portability, functionality and price for many consumers. The G Pad 8.0 has this 8-inch sector covered, and while its design’s hardly likely to set your pulse racing, it’s appealing enough.

The rear of the G Pad 8.0 is made of matte-effect plastic, which is reasonably grippy but soon becomes covered in unsightly thumbprints. Aside from the LG logo, camera lens and two speaker grilles, there’s little else of note around the back. 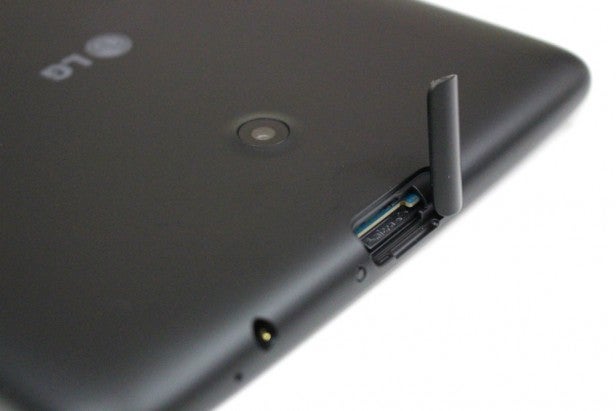 Unlike the G Pad 10.1, this smaller variant is designed to be held in portrait mode by default – the orientation of the LG logo and camera makes this abundantly clear. On the left-hand edge you’ll find the power button and volume controls, while the top edge is home to 3.5mm headphone socket, IR blaster and microSD card slot. The bottom edge is reserved solely for the Micro USB port.

The tablet’s 8-inch screen has a resolution of 800 x 1280 pixels, which delivers a pixel density of 189 ppi. The G Pad 10.1 has the same number of pixels stretched across a much larger screen, which results in blocky text and a general lack of definition. On the 8.0 model, the lack of sharpness isn’t quite as pronounced, but it’s still noticeable.

The IPS panel is bright and colourful, and affords excellent viewing angles. The only criticism we have is that, occasionally, some images can look a little washed out.

LG’s been remarkably restrained when it comes to adding in too much bloatware on its G Pad range, each of which ships with Android 4.4.2. Some welcome unique features, such as Knock Code – which allows you to unlock your device by tapping a sequence on the touchscreen, even when the display is powered down – make the G Pad 8.0 stand out from its Android rivals.

Another nice element is the ability to run two applications in tandem, side by side. This is limited to a strict selection of apps and is arguably less useful on this tablet than it was on the larger-screened G Pad 10.1, but it’s something we found ourselves using more than we expected, even if it did cause the device to chug quite badly. 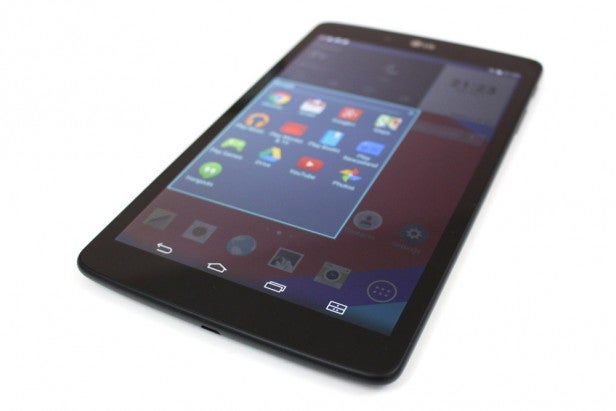 Q Pair is an app which is unique to LG tablets and has been seen in older models, allowing you to link your phone to the G Pad in order to receive notifications such as text messages. This saves you having to reach for your handset when you’re using the tablet, and is one of those truly impressive little features which should be present in every device of this type.

Finally, there’s QuickRemote, which works with the tablet’s built-in IR blaster to enable control of your TV, DVD or Blu-ray player without having to search down the back of the sofa for the remote.

Refreshingly, it’s possible to uninstall some of the pre-loaded applications on the G Pad 8.0, which means you can free up more space for other downloads. Many manufacturers don’t offer this feature, so LG should be applauded for giving its customers the option.