The G Pad 7.0 is running a
Snapdragon 400 chipset clocked at 1.2GHz, which is a step down from the
hardware featured in last year’s G Pad 8.3. With just 1GB of RAM in
support, performance is predictably patchy. We noticed a lot of pauses
and lags when background activities were taking place, such as downloading
apps or syncing emails. When you’re focusing on a single task then the G
Pad 7.0 is better behaved, but there’s clearly a ceiling to its power,
and you’ll hit that pretty quickly.

Gaming is usually a good way
to test the power of an Android device, and while the G Pad 7.0 has fewer
pixels to push and is therefore kinder on its CPU and GPU, performance
is still less than stellar on modern 3D titles. 2D games are easier on
the hardware, so the likes of Angry Birds can be enjoyed without you
cursing the weakness of the Snapdragon 400. 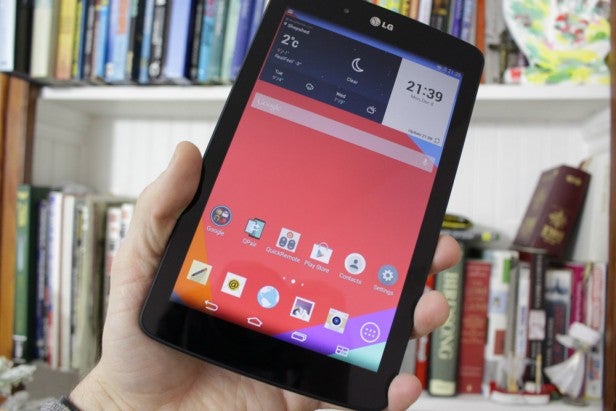 The G Pad 7.0’s built-in
storage is limited to just 8GB, and when you take away the OS and other unremovable
features, you’re actually left with around 3.22GB of usable capacity. Download a big game or movie and that’ll evaporate swiftly.

Thank
goodness, then, for the device’s microSD card slot, which accepts cards
of up to 64GB. Additional memory is almost essential on this
tablet, so be sure to factor in the cost of a roomy microSD card
before purchase.

The G
Pad 7.0’s rear-facing camera can only take 3.15-megapixel shots –
a step down from the 5-megapixel variant seen on the other G Pads – and
lacks flash and autofocus. As you might expect, the results are dire –
images are washed out and shooting in low light is near impossible.

We
honestly can’t see any reason why you’d use the rear camera on this device,
especially as most budget phones will offer better results. The
front-facing 1.3-megapixel snapper is adequate for video calling, but
it’s still pretty terrible.

The other two 2014 G Pads boast excellent battery life, and the 7.0 model
follows suit. With low use we found that LG’s mini-tab could last for a
fair few days before giving up the ghost, and under heavier usage it was capable of offering a couple of days of solid video, web
and email action.

If you’re sick of your current tablet gasping for air
on a daily basis, then the G Pad 7.0’s stamina is sure to bring a broad
smile to your long-suffering face. 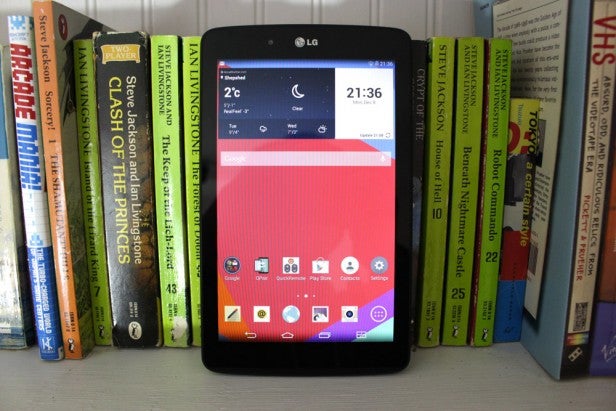 The G Pad 7.0 is a decent
choice if you’re seeking portability in a tablet. It’s about the size of a book and is
therefore easy to slip into your bag. While it maintains parity with the
G Pad 8.0 and G Pad 10.1 in some respects, the lower internal memory and
weaker main camera make it a less appealing prospect, purely when it
comes to specifications. To be brutally honest, the 8.0 model is only
slightly larger and doesn’t cost a great deal more – it’s arguably the smarter choice, even if it’s not quite as portable.

But an even better alternative is the impressive Hudl 2, winner of Best Value Tablet at the TrustedReviews Awards 2014. It offers an 8.3-inch Full HD display, 16GB of storage (plus a microSD slot), a more powerful processor and a decent rear camera, all for £129.

It’s super-cheap, but unless you particularly want a 7-inch tablet or really can’t stretch your budget, the Hudl 2 is a much smarter option.