The LG G Pad 10.1 is a rare beast – a new 10-inch Android tablet in an era dominated by 8-inchers. It houses a quad-core Snapdragon 400 chip, 16GB of storage, a microSD card slot for memory expansion, a 5-megapixel main camera, and an infrared blaster which allows you to use it as a universal remote control.

With a price point of under £200, it’s one of the cheapest 10-inch slates on the market right now, and is hitting stores alongside two smaller LG G Pads: the 7.0 and the 8.0. 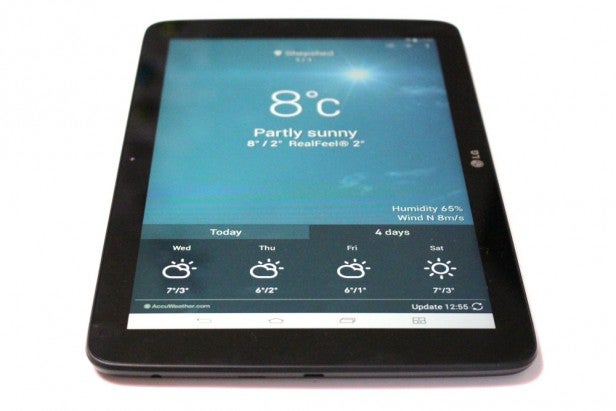 With its sub-£200 RRP – around half what you’d expect to pay for a leading 10.1-inch tablet these days – it’s fairly clear that LG is aiming the big G Pad squarely at the budget end of the market, and its design reflects this.

It’s a sleek and lightweight offering, with a thickness of 8.9mm and a weight of 523g, but the construction is pretty basic. The back of the device is plastic with a rubbery soft-touch texture that’s pleasant on the fingertips but picks up marks and greasy smudges a little too easily. The rear is almost featureless save for two stereo speaker grilles, the 5-megapixel camera and the usual selection of logos and CE ratings. The front is, as you’d expect, dominated by a 10.1-inch IPS LCD screen surrounded by a large bezel, making it easy to grip the device without placing your oily fingers on the screen. 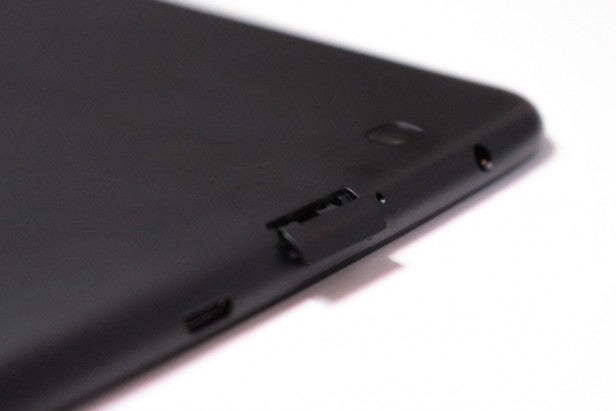 The edges and corners of the tablet are rounded, making it comfortable to hold. The top edge – when held in the intended portrait orientation – has the power and volume controls on the left side and the IR blaster in the middle, while the left-hand edge is home to the 3.5mm headphones socket, Micro USB port and microSD card slot, the latter of which is covered by a flap of plastic.

If the somewhat drab physical appearance wasn’t enough of an indication of the G Pad 10.1’s low-cost aspirations, then the screen will certainly convince you fully. It has a resolution of just 1280 x 800 pixels and a pixel density of 149ppi. Many mid-range smartphones have higher-resolution displays than this, and when you’re stretching those pixels over a whopping 10.1 inches, it’s impossible not to notice the blockiness and general lack of clarity. Images lack definition and text has unsightly, jagged edges – place this next to an iPad Air 2 with its pin-sharp Retina display and it’s almost embarrassing. The IPS panel does at least benefit from decent viewing angles, but the colour reproduction isn’t convincing.

The G Pad 10.1 comes loaded with unique features, the most notable of which is LG’s Knock Code screen unlock feature. This is very much an evolution of the ‘tap to wake’ mechanic which has been utilised across a wide range of smartphones and tablets over the past couple of years. It enables you to assign a pattern of taps to unlock the device – rather like the traceable pattern which is already part of the core Android screen security.

The drawback of the existing ‘tap to wake’ function was that anyone could unlock your device and access your details, but Knock Code adds a degree of security and can even be used when the screen is off – as long as you’re able to remember roughly where the tap area is. 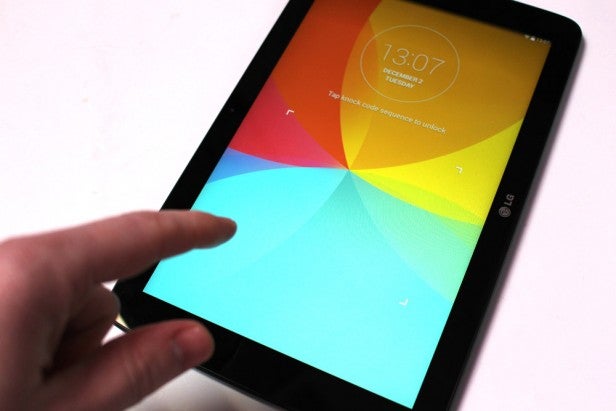 LG’s taken a page from Samsung’s book by building in the ability to run certain applications side-by-side. The feature is given such stature that it even has its own icon at the bottom of the screen, next to the standard Android commands of Back, Home and Overview. It’s something that we found ourselves using more than we expected to, and certainly suits the massive 10.1-inch display.

However, the G Pad 10.1 isn’t quite powerful enough to run two applications in tandem without issues, and you’ll notice a degree of sluggishness if you’re performing demanding processes such as watching HD videos on YouTube while browsing a complex, crowded webpage. 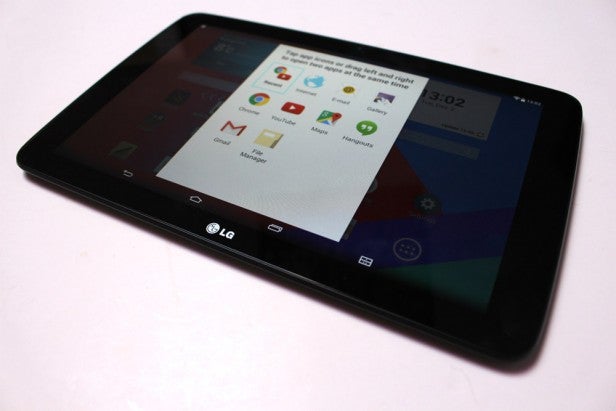 Q Pair is another unique element that LG has placed in many of its recent tablets. The concept is simple: when you’re using your tablet, it’s a bind to have to reach into your pocket and respond to phone calls or answer text messages. With this app you can link the two devices, using your tablet to react to notifications that are normally unique to your phone.

For example, text messages flash up on the G Pad 10.1’s screen, allowing you to reply without removing your handset from the comfort of your pocket. It works with any smartphone, not just LG ones, and performs admirably. You can even toggle certain elements on and off, should you not want to be troubled by particular events. 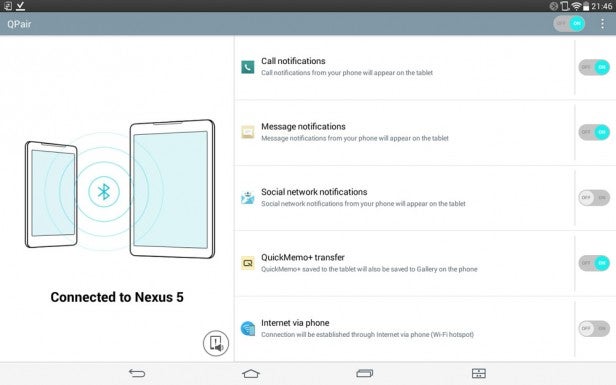 The aforementioned IR blaster works in cooperation with QuickRemote app, which allows the tablet to imitate the remote controller for your TV, DVD player or Blu-ray player. Tied with Q Pair, it’s easy to see how elements such as the IR blaster can make the G Pad 10.1 the hub of your living room.

Overall, LG’s enhancements to the core Android 4.4.2 OS are solid and sensible ones, and its Optimus custom UI skin is clean, attractive and responsive. However, the software is hamstrung by the weak Snapdragon 400 processor, which often struggles to maintain pace with the on-screen activity. There’s a latency to swipes and taps which becomes maddening over time, and this seriously impacts your overall enjoyment.