The technology industry is no different from any other in that, despite all the modularity and interchangeability, it is subject to trends and categories. One of the areas that has become most entrenched is the budget 22in LCD monitor. It is surprising how many things most budget 22 inchers have in common: almost all feature a chassis with the stand attached and a circular base and many sport a glossy black finish. They have HDCP-enabled DVI and analogue VGA, use TN panels, run at a resolution of 1,680 x 1,050, and feature more often than not a 2ms response time. Annoyingly, they rarely offer any adjustability apart from tilt and when you have just bought a shiny new monitor, the last thing you want is to have to use telephone directories for height adjustment. 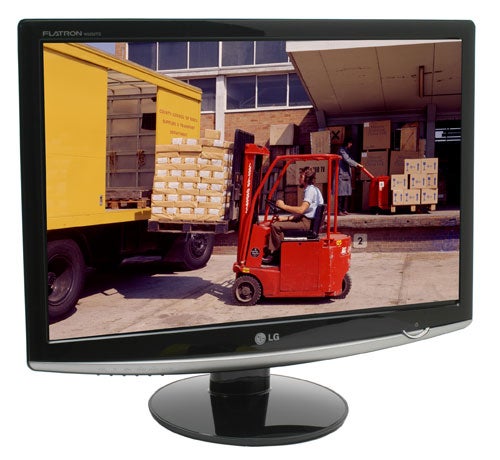 The LG Flatron W2252TQ distinguishes itself with one jaw-dropping specification: a 10,000:1 dynamic contrast ratio. And no, I didn’t accidentally add a zero. In fact, we wrote a news story announcing the W2252TQ’s imminent arrival not long ago. Apart from the supposedly stunning contrast though, initial impressions suggest it conforms to the aforementioned rules of thumb – so let’s see if that makes it good enough to stand out from the crowd.

The monitor comes with both DVI and VGA cables, in addition to a cleaning cloth. Assembly is really easy: just click in the base, and after routing the cables (two maximum) through the provided clips at the back, attach the small backplate. It’s not particularly elegant, but it works. Build quality is generally good, though the base does not feel as solid as most. I could rant on about the lack of adjustability, but there’s really no point as long as consumers will buy products based purely on looks. 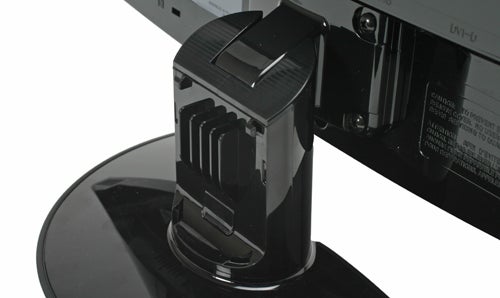 In terms of design, the LG Flatron actually appears more similar to the recently reviewed Samsung SyncMaster 226cw than other LG monitors we’ve looked at. But that’s not a bad thing, since the 226cw was an eye-catching screen. Around the corners the bezel is curved, while the bottom segment widens downward at the centre to match a silver accent.


The power button is a chromed, curved line, which works well with the rest of the design, and is lit below by a blue LED. Though the effect is quite subtle, some of you will still be glad to know there’s an option to disable it altogether. Overall this LG is not the most attractive display I’ve come across, but it shouldn’t be ashamed of its appearance either.

The W2252TQ’s controls are a set of mechanical buttons on the under edge, with their functions marked on the front. Thankfully, the fad with having to look around the sides of a monitor to see what function you want to access seems to have largely passed, but having said that, the white-against-silver labels are not always very legible.


Looking at the tag of the first button, I noticed another very unusual feature that might set the Flatron W2252TQ apart from its brethren; because it simply says ‘fun’. Intrigued? So was I. After all, it’s not every day one comes across a monitor featuring a ‘fun’ function. Pushing aside visions of coloured balls hopping out of the screen or my text coming to life and dancing before my eyes, I pressed the button, only to be greeted by a short chime reminiscent of 8-bit games. In fact, there is another short chime when you turn the monitor on, a complementary one for turning it off and beeps when accessing menus and enabling functions.

You can even change the tunes and beeps between two different sets, much like on some mobiles before polyphonic ring-tones came along. Fortunately, the ‘fun’ menu allows you to turn this aural feast off, since it is incredibly annoying. Other ‘fun’ functions include a photo-effect mode, where you can choose to make everything on the screen appear sepia or monochrome. Or it allows you, in the unlikely case you felt so inclined, to view your desktop through what is supposed to represent a Gaussian Blur filter.


Then there’s the slightly odd ‘4:3 in wide’ mode which, as the name implies, squashes a widescreen picture into a square aspect ratio, or displays a 4:3 resolution (such as 800 x 600) image without distortion. EZ zooming, the final and most pointless ‘fun’ function, is supposed to go down a resolution-step and back up again. But it was temperamental and mostly refused to work despite relying on the included LG forteManager software, which otherwise worked fine. 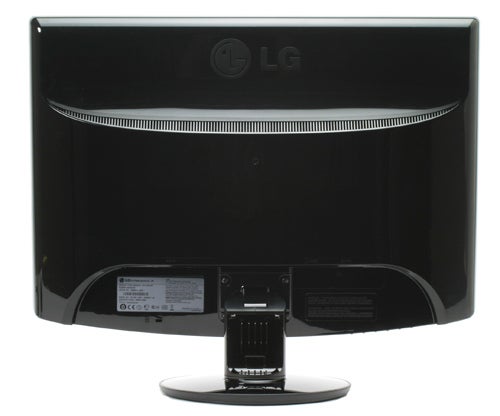 Other menus aren’t so out of the ordinary, but initially they do appear somewhat counter-intuitive. They work a bit differently to those of most rival manufacturers in that you are thrown straight into sub-settings when selecting a main category. For example, when you choose ‘colour’, the up and down buttons immediately change ‘red’ rather than selecting between colours first. Handy if red happened to be the colour you wanted to adjust, but if it wasn’t, the W2252TQ’s menus just cost you more time and effort. At least there is a dedicated ‘source’ selector.


As long as you’re running Windows, though, the awkward menus are made largely redundant by the aforementioned forteManager, a proprietary LG application that offers the same adjustments as the monitor (plus a few extras) in a visually pleasing and ergonomic whole. Aside from the standard settings, you get very basic colour calibration in addition to detailed profiles and user modes.

If you’re waiting with baited breath to find out just how fantastic the vaunted 10,000:1 contrast ratio really is, then prepare to be disappointed. LG calls its contrast system DFC (Digital Fine Contrast) and though results on the 20in Flatron L206WU were impressive, this time around the results are not nearly as encouraging.


A dedicated f-Engine button switches between Demo, Normal, User, Movie and Internet modes. Again, the Demo mode offers a split-screen view to show what a difference DFC’s activation makes. And here it’s obvious that in its quest to achieve a headline contrast figure, the Flatron W2252TQ has simply sacrificed dark detailing. Yes, blacks do look inky, but at the cost of so much detail that it’s just not worth it. Consequently, the only f-Engine setting you’ll want to consider is the User mode, where you can tone things down a bit.

Unfortunately, there’s more bad news to come, with the W2252TQ clearly struggling in our DisplayMate tests. Viewing angles are particularly poor due to severe colour and contrast shift. It also failed to distinguish subtle colour gradients, and produced really pronounced banding in both colour and greyscale. There’s colour contamination over blacks and whites, and a noticeable amount of backlight bleed from both the top and bottom of the display.


Like most TNs, the LG suffers from shimmering in movies, but despite this and the above defects, managed to provide an acceptable entertainment experience provided you’re not too demanding. Indeed, to be fair, this Flatron is not much worse than many other cheap TN panels, and at around £190, the W2252TQ won’t break the bank. But 22in displays from brands like Acer, Iiyama and BenQ may be had for much less, and are likely to provide at least comparable image quality. 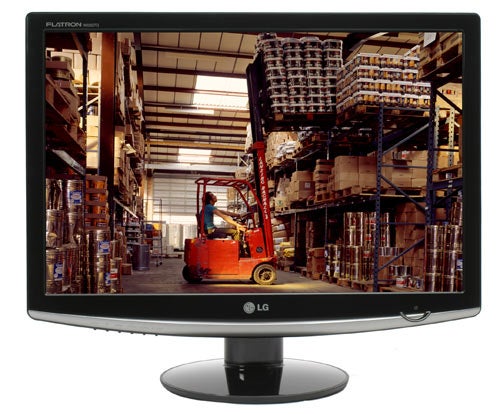 
Unfortunately, the LG Flatron W2252TQ’s main claim to fame, a stunning 10,000:1 contrast ratio, turns out to be nothing more than hopeful marketing and the rest of the monitor isn’t good enough to make up for it. Though affordable, with minimal adjustability, a particularly awkward OSD, some serious image quality issues and a ‘fun’ mode that’s unusual but little more than a gimmick, in this case you get what you pay for.