It’s a well-known fact that laptops are outselling desktops and the disparity is only going to increase. Ever on the lookout for new angles to market displays on, manufacturers are now pushing dedicated secondary displays for laptops and netbooks. These low-profile, ‘frame-style’ monitors are designed to sit more comfortably next to a laptop, so in theory you can use two displays of roughly similar heights or simply have a larger, more comfortable monitor to plug your laptop into.


Samsung was first into this market with the D190S LapFit and now we’re checking out LG’s first entrant into this arena, the Flatron W2230S. Part of the W30-series of monitors, which includes an 18.5in model as well, this 21.5in effort features such highlights as a slim 37mm maximum depth and Full HD resolution. 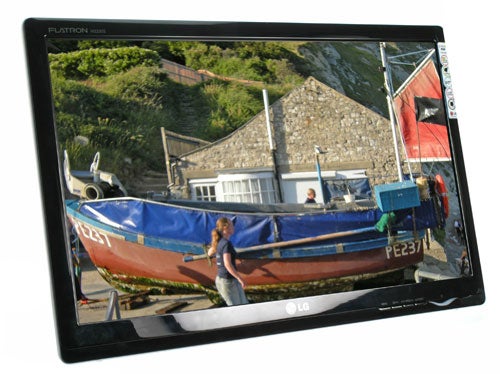 Setup is a doddle, as there’s nothing to attach or screw in. Just plug in the power cable plus brick, pull out the hinged leg at the back and you’re nearly ready to go. The tilt range offered by the smoothly-sliding leg is the better than the Samsung, and the two pads at the screen’s base are thin enough to give the illusion that this screen is really resting on the bottom of its bezel.


Of course you also need to hook it up to your PC and this is where we get to the W2230S’ first disappointment. You see, just as with the LapFit D190S, the only video input is VGA. Unlike Samsung, however, who offers LapFit models with digital connections as well, LG doesn’t have this option just yet. 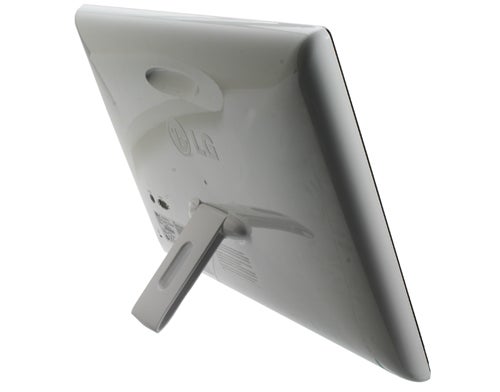 This is not such a big deal if your laptop doesn’t have a digital connection, but even netbooks are moving to HDMI, with Ion-equipped models from the likes of Asus and HP, not to mention the Samsung N510 we reviewed recently, all offering it.


Build quality, on the other hand, is quite decent. Of course you can’t expect a product at this price point to be built like a tank, but the plastics are fairly solid and the general fit and finish is fine. If you grab it by the corners and twist, though, the monitor and does flex noticeably, so care is advised when moving it around.

In terms of visual design the Flatron W2230S isn’t a showstopper, not like the company’s home cinema and TV products, but the curvy lines and glossy black bezel is stylish in an understated kind of way. Another potential ace up LG’s sleeve is that, aside from the piano-black and white (or Oreo as LG calls it) finish of our sample, the W2230S is available with green, pink, blue and purple bezels to match your portable machine or home interior.

While the colour options are definitely an advantage over the LapFit range, when compared to the clean, streamlined elegance of the D190S, LG’s effort doesn’t quite compare. This is partially due to the use of physical buttons rather than backlit touch-sensitive ones, whose appearance is a bit jarring even if they offer a slight ergonomic advantage. Likewise, the large, wave-shaped power button, though eye-catching, is more obtrusive than it needs to be.


Though a tad drab, the OSD is logically laid out and easy to navigate. Adjustments include colour temperature, sharpness and gamma, but no contrast modes, image presets, overdrive or anything else fancy is to be found. While this is more basic than we’re used to, it’s actually refreshing: everything you really need is here (though a few presets wouldn’t have gone amiss) and anyone who genuinely cares about image quality isn’t likely to buy a cheap, TN-based monitor anyway. 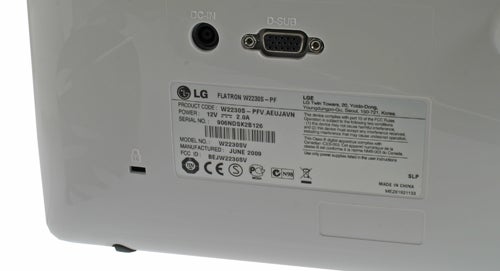 When it comes to image quality, let’s just make something clear from the start: as with most budget monitors using TN panels, that offered by the Flatron W2230S will make any image professional cringe. We noted significant backlight bleed from the bottom of the screen, though otherwise backlighting was relatively even. The expected contrast failings were shown up by the greyscale test despite LG’s ludicrous claimed contrast ratio of 30,000:1, so you will likely miss both light and dark fine detail in films and photos.


Banding is very slight but even horizontal viewing angles are poor, with strong colour shift when moving off-centre. Worst of all are the dithering and other processing artefacts, which often lend tones a shimmering quality that can be distracting and mean transitions aren’t as smooth as they should be.

Of course it’s not all bad news, as the matte panel finish avoids distracting reflections, text remains sharp and – after fiddling with the settings – colours look fairly realistic, if lacking in distinction. It can certainly cope well enough with everyday productivity scenarios and the native 1,920 x 1,080 resolution is ideal for HD videos.


As long as you’re not too picky and sit centrally, this monitor offers an okay entertainment experience overall. However keep in mind that, due to its lack of digital (HDCP-enabled) inputs, you won’t be able to play protected content from Blu-rays. 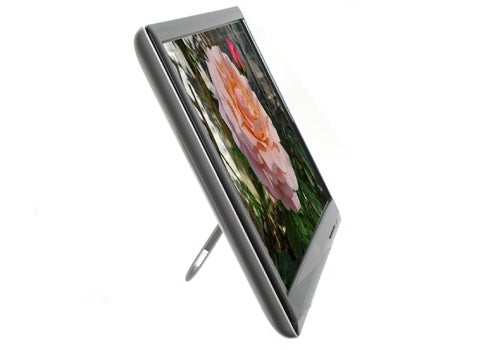 One area where this thin and light display does succeed, however, is in energy consumption. We measured a maximum of 25W, putting it up there as one of the most frugal 22in monitors on the market. This might help you save a little money in the long-run, which can only be a good thing.


It’s unfortunate, then, that the £140 price-tag puts the W2230S into a class of far better-specified monitors. For just £7 more you can get BenQ’s E2200HD, which received a well-deserved Recommended Award back in March. For this tiny extra outlay you get a better quality panel, HDMI and DVI video inputs, an audio output and inbuilt speakers as well. Bottom line? Unless you absolutely must have a low-energy, low-profile screen or particularly like its appearance, the W2230S is overpriced for what it offers.. 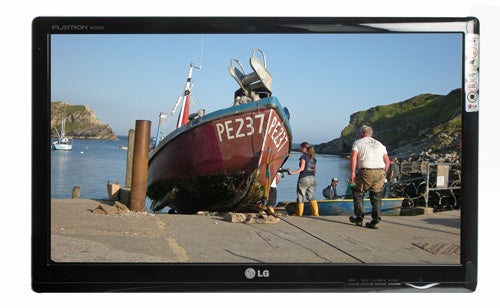 
It might be compact, frugal and available in a range of colours, but the LG Flatron W2230S is let down by its lack of digital connectivity and poor image quality, made less palatable by a price that puts it into the same league as far superior ‘traditional’ monitors.