4G on a budget

The LG F90 is likely to be one of the cheaper 4G phones seen to date. It offers mid-range, and even some low-end, specs but at the right price could be seriously attractive for those who want 4G but don’t want to spend much.

Unveiled at MWC 2014, we had a closer look at the cheap 4G smartphone that manages to pack in some decent features. 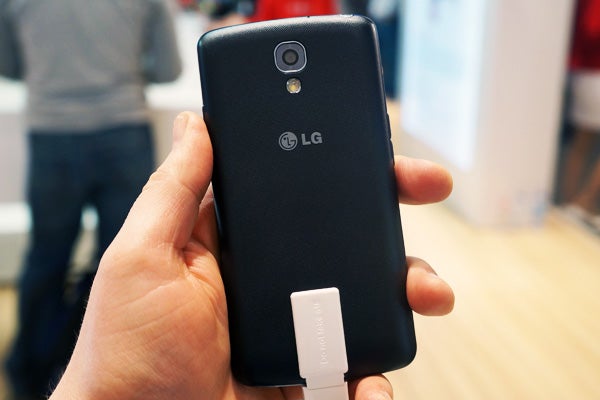 The LG F90 is a sturdy, sensible-looking plastic phone. It doesn’t have the style of something like the Sony Xperia M2 or the Huawei Ascend G6, but I was pleasantly surprised by its handling.

Its back is plastic, textured for extra grip, and the 4.7-inch screen size means it doesn’t need an ultra-skinny bezel like the LG G2‘s to be easy to use one-handed. The bezel is still fairly slim, though – typical of LG’s latest mobiles. It hides the light-up ‘back’ and ‘apps’ keys for a sleeker front-on look too.

The LG F90 also borrows a couple of hardware bits from last year’s LG L7 2. It has a light-up main select key, which acts as a multi-colour notification LED. It’s not outright better than an LED up above the screen, but it’s becoming a signature LG feature in the company’s mid-range phones. 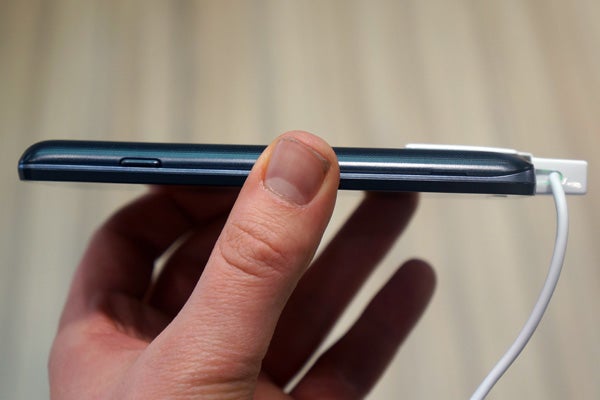 Its screen isn’t going to wow you like the one found on the LG G2 but it is not bad. It’s a 4.7-inch display with a resolution of 960 x 540 pixels – also known as qHD. This is not pixel-rich enough to make the screen appear super-sharp: the edges of text will look a tiny bit fuzzy close-up, but it’s something we’ll be able to live with as long as LG prices the LG F90 correctly.

There’s quite a spec collision in this phone. It has 4G mobile internet, but only 512MB of RAM.  This is not a lot of memory to work with, especially given it runs Android 4.4 – the most up-to-date version of the software. 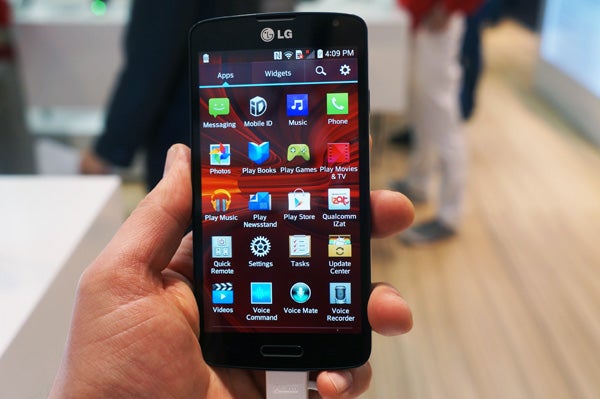 It’s an eyebrow-raiser, and something that is likely to lead to sluggish performance once you have a bunch of apps installed. However, I assume LG has paid careful attention to the phone’s memory management in order to keep performance up to a decent general standard. I did not notice masses of lag in the phone’s general operation, but there is bound to be some once you get installing your favourite apps and games.

Conversely, the CPU is respectable. It’s a quad-core Cortex-A7 based Snapdragon 400 processor. It’s only the RAM that is the real sore point. Internal memory is 4GB, but there’s also a memory card slot under the back cover. 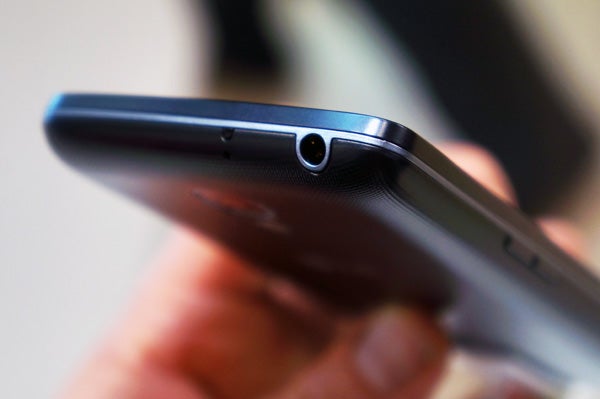 The LG F90 runs the new version of LG’s custom Android UI. The basic look hasn’t changed dramatically, but there are a couple of interesting new ones.

Knock Code lets you unlock your phone by tapping a pattern on the screen while the phone is on standby. It’s not a rhythm thing, but about where your finger is placed on a virtual 2×2 grid on the display. Although not as convenient as a good fingerprint scanner like the one found on the iPhone 5S, it does work.

The LG F90 also offers a new kind of home screen, designed for those who don’t really get on with technology. It offers all the main old-school phone features on one screen, turning it into a sort of new-age feature phone. 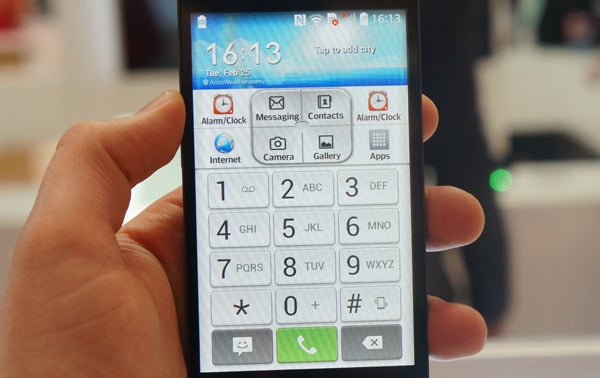 It’s much harder to assess things like battery life and camera quality from a quick look at a phone, but the LG F90 seems strong on both fronts. It has an 8-megapixel main camera with an LED flash and the battery is a huge 3,000mAh unit.

It is much higher-capacity than the competition, and should last for a solid two days of proper use. The Sony Xperia M2 only has a 2300mAh battery and the Huawei Ascend G6 a mere 2000mAh battery. This goes a long way to explaining why the LG F90 is a bit chunkier than these phones. 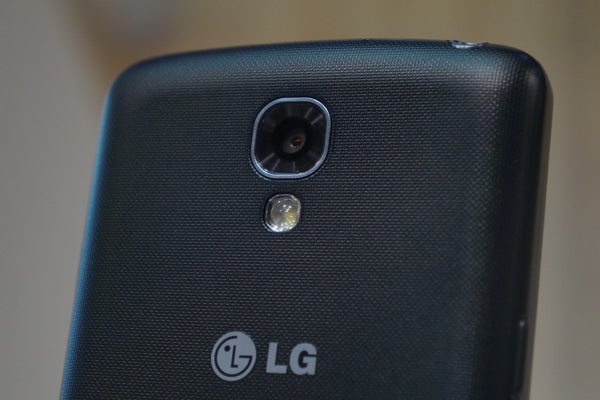 The LG F90 is an odd confluence of spec trajectories: A no-frills design, but with a funky notification light. 4G internet but a paltry 512MB of RAM. Will it work? It’s too early to tell. But if performance is respectable and LG prices this one right, we could be onto a winner.

Next, read our best smartphones round-up