After casting our eye over the outrageously stylish Samsung DVD-F1080 recently, we didn’t think DVD players could get any more desirable – but then along came this stunning LG deck to prove us wrong.


The DVS450H is what LG calls a floating DVD player, but after searching in vain for some sort of jet pack or David Blaine style levitation trickery we realised to our disappointment that it only looks like it’s floating, and only when you wall mount it. Sigh. 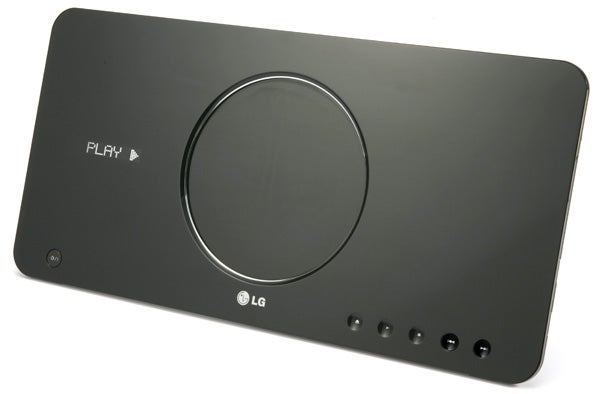 No matter – the DVS450H is so stylish it’ll charm the credit card out of your wallet the moment you lay eyes on it. The design is a million miles away from your average DVD player, sporting a large gloss black front panel with a circular door on the front, which slides open to reveal the disc chamber. Below it is a row of touch-sensitive buttons, which no ‘style’ product should be seen dead without, but another nice touch is the display panel that appears as if by magic and greets you with a warm hello.


On the back a circular section sticks out to create the all-important ‘floating’ gap between the wall and the player, and it features two screw holes for wall mounting. It also sports a disc that swivels out to create a tabletop stand, or you can lay it on its back with the disc door facing skywards, rounding off a pleasing range of mounting options. 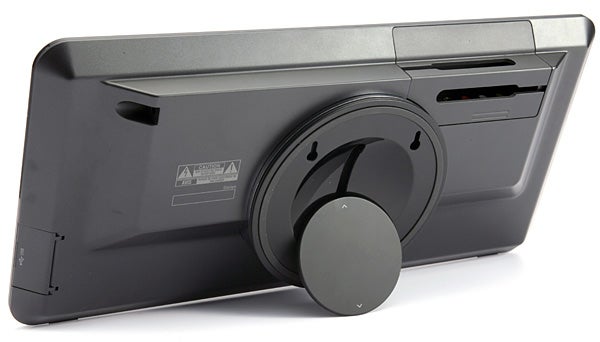 The rear panel also finds space for a small selection of sockets, including HDMI, component, composite, analogue stereo and coaxial digital audio outputs. These are all housed inside a hollowed out section that doesn’t interfere with the wall mounting mechanism.


The feature list makes for good reading, particularly its support for high-definition DivX files burnt onto CD or DVD. This is the first DVD deck we’ve encountered that plays DivX HD and it’s an attractive feature for those who want to watch hi-def content but aren’t interested in Blu-ray. Of course the usefulness of this feature might be hampered by the lack of worthwhile content out there, but at least it’s a step in the right direction.

It’s also pleasing to see full 1080p upscaling via HDMI among its capabilities, which means standard def DVDs can be converted to match the resolution of your Full HD TV, but you can also output in 576i/p, 720p and 1080i.

The deck’s multimedia credentials are boosted further by the inclusion of a USB port, hidden under a flap on the right hand side, which allows you to plug in a memory device and play music, video and photo files. The unit supports MP3, WMA, JPEG from disc or USB and it handles most disc types with the notable exceptions of DVD-RAM, DVD-Audio and SACD.


Among the other features are Dolby Digital and DTS bitstream output although there’s no two-channel DTS downmixing. You’ll also find the usual array of playback tricks (scan, search, slow-motion, frame advance etc) plus a zoom that goes up to 400% and a Black Level Expansion mode. 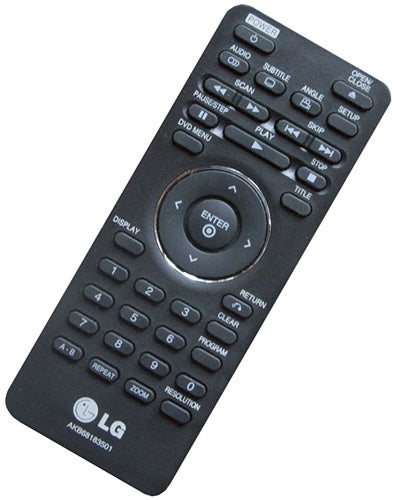 Onscreen presentation is as eye-catching as the player itself, using bright, jazzy colours and appealing illustrations to denote the different section of the setup menu. This menu boasts the same look and layout as countless other LG products but its straightforward structure and slick usability proves that familiarity doesn’t always breed contempt. In all honesty there isn’t much to play with, but if you want extensive image tweaks and sound modes go buy a Pioneer – this deck is all about style and simplicity and on that score it delivers.


It’s controlled using a slim, credit card style remote, neatly laid out with all the playback and menu buttons within easy reach of the thumb. A few of the keys at the bottom require some thumb gymnastics to press (including the button to change HDMI resolution) but on the whole the zapper does its job very well.

Due to the sheer novelty factor, we headed straight for the DivX HD demo disc that LG had kindly thrown in the box. It contained two intriguingly titled files – ”Cocomong” and ”Sheep In The Island” – both of which are short computer animations that look absolutely stunning when viewed on our Full HD LCD. The same goes for HD trailers of ”Madagascar” and ”Shark Tale” which we found online – yes, computer animation is bound to look good but the detail, sharpness and colour vibrancy is truly incredible and put regular DivX files to shame.

As for DVDs, the LG does a reasonably good job with ”Star Wars Episode III”, which looks most impressive when upscaled to 1080p. The images on offer don’t come close to proper hi-def but it does render the fine CG detail with a pleasing degree of sharpness and delivers the perky colour palette with plenty of clout. Some unwanted noise and a slightly waxy look to certain skin tones stop it scaling the heights of more accomplished upscaling players, but on the whole these are solid pictures.


The deck does a better job with parts of the Silicon Optix Benchmark disc than we expected, particularly with its impressive suppression of jaggies during the rotating bars patterns, but lets itself down with a hazy reproduction of the small red bricks on the buildings during the detail test.


From a performance perspective, the DVS450H isn’t one of the best players we’ve ever encountered but it’s certainly one of the most stylish, boasting a radical design that will inject a great deal of glamour into your living environment. It’s also equipped with an intriguing array of features including DivX HD playback, which could be a real boon provided there’s enough content out there to really make the most of it. What’s more, it’s easy to use and the inclusion of a USB port makes it a great way of bringing your PC media library into the living room – all of which makes the LG feel like good value for money despite its performance limitations.