Don’t worry, TrustedReviews’ store cupboard hasn’t been raided by vandals again – LG has teamed up with renowned artist JonOne to bring a bit of urban swag to its portable Bluetooth speaker range.

Basically, LG has taken its P5 portable speaker and pimped it up with three of JonOne’s graffiti-inspired designs. On test here is #51 Master Blaster, a nod to the New York streets of the early 1980s. It’s joined by the vibrant #52 Colour Waves and #53 Open Your Eyes. 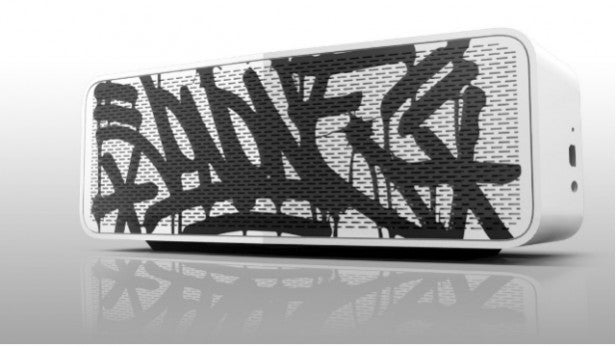 The Master Blaster design is the most understated of the three. It’s basically all white but with a black JonOne tag plastered on the front grille and a smaller tag on top. It’s a design that teenagers are likely to describe as “sick”. 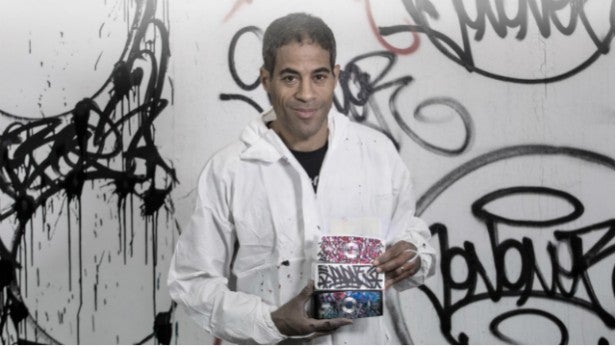 The other two models are more colourful – Colour Waves is an eye-catching explosion of reds and pinks, while Open Your Eyes looks like it’s been left in a playschool art room.

All three are good-looking in their own way, but my personal favourite is Colour Waves. It won’t be everyone’s cup of tea though, so if you’re not down with the whole urban/graffiti thing then you could always just seek out the original P5. 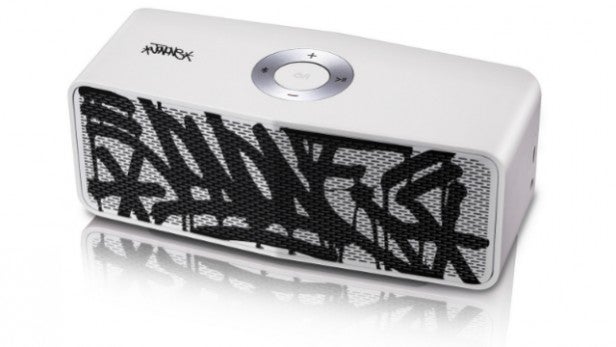 A compact design is rule number one in the portable speaker textbook and the ART51 duly adheres. Its discreet size and shape make it ideal for taking out and about. The enclosure is rectangular in shape, with gently angled front and back grilles. The rounded ends are a nice touch, likewise the silver ring on top that houses volume, power, pairing and pause buttons.

Build quality is impressive. The matte-finished bodywork is seamlessly constructed, and there’s a lovely heft when you pick it up. The top buttons provide a solid click when pressed. On the bottom is a vibration-absorbing rubber pad, while on the side are a Micro USB port for charging and a 3.5mm jack for wired devices.

In terms of spec, the ART51 musters 10W of power using a full-range driver and passive radiator that boosts bass output. LG quotes a battery life of 15 hours, which is pretty impressive in my book. 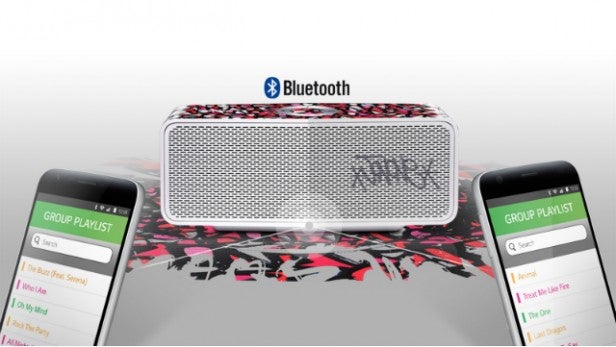 The rest of the feature list is similarly generous. It features LG’s Auto Sound Engine (also found on the LG SH7 soundbar) which optimises the EQ for any volume level. You can listen to an LG TV through the speaker using LG’s SoundSync, while Dual Play makes it possible to use two paired ART51 speakers as left and right stereo channels. 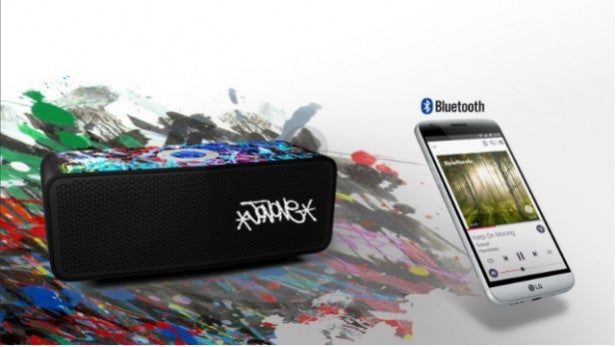 Meanwhile, Auto Music Play senses when your phone is nearby and starts playback, while the multi-point Bluetooth connection allows you to pair two devices simultaneously.

LG’s Music Flow Bluetooth app makes it easy to stream music from your phone or access streaming services. The Gracenote-powered Mood Station selects songs based on how you’re feeling, plus you can create playlists, favourites lists or view your most-played songs.

Features such as Dual Play and Auto Music Play can be activated from the app, plus you’ll find a choice of EQ modes – Standard, Voice and User EQ, the latter allowing you to adjust bass and treble using sliders. I stuck with Standard, as Voice thins out the sound. 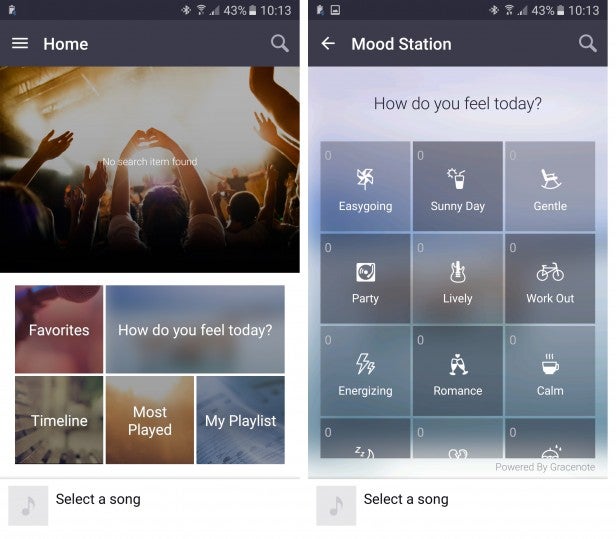 The app is attractively designed and easy to use. Tap the three lines icon at the top and a sidebar menu displays the various options. The homepage has eye-catching graphics and a tile-based layout that makes it easy to find what you’re looking for. The Now Playing screen offers key controls such as track time and volume sliders, plus you can even tweet about the song you’re listening to.

Provided you don’t subject it to too much close scrutiny, the ART51 offers a generally pleasing sound for the money – although it won’t trouble the best Bluetooth speakers at this price.

The LG’s greatest asset is bass, which is surprisingly weighty for such a compact speaker. That passive radiator is worth its weight in gold, lending a sense of depth that you won’t get from every portable speaker. 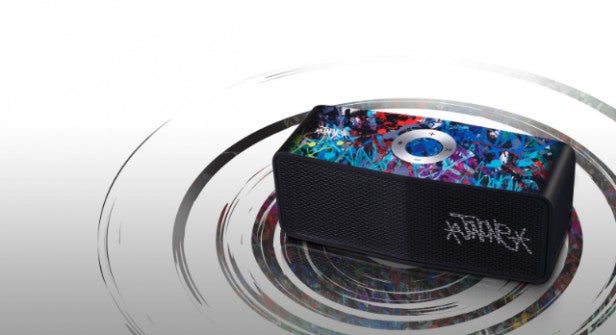 I played “Racing Through The Bends” by Incognito and the funky live bassline sounds big and beefy, while bass drums are tight and punchy. It’s pleasingly rhythmic too, keeping pace with the nimble finger work of the band’s bassist.

At the other end of the spectrum the LG does an okay job with high frequencies, making delicate hi-hats and percussion sound clear enough. There’s precious little subtlety or nuance here, though, and the treble is on the thin side. It’s probably unreasonable to expect too much refinement from a £100 Bluetooth speaker, but models such as the Ultimate Ears Boom 2 and the Jam Heavy Metal HX-P920 do a better job. 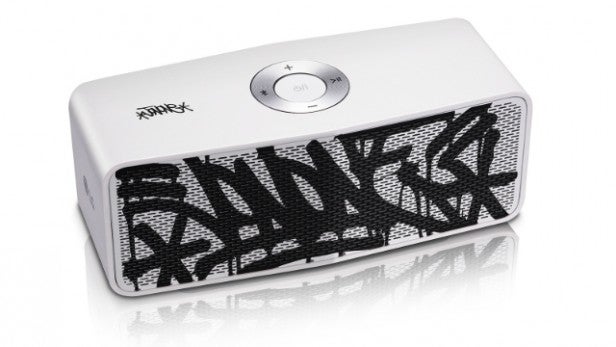 The LG delivers impressive volume, going nice and loud when necessary. After turning it up full whack and walking around the house, I could hear it blaring away from every room. That said, there are inevitable signs of strain when pushed – treble hardens up and kick drums crackle and pop slightly. I played “Radio Silence” by James Blake and the track’s heavy bass stabs made the LG jump off the table.

The ART51 also suffers from a lack of mid-range presence. The sound is dominated by treble and bass, but voices and solo instruments feel under-served. There’s a compressed feel about them. It isn’t wholly unpleasant, but it denies you the full-bodied sound offered by some Bluetooth speakers. 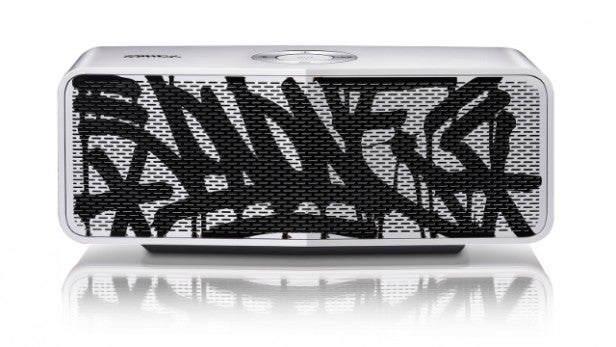 Buy the LG ART51 and we doubt you’ll be disappointed – it’s solidly made and JonOne’s funky designs make a strong fashion statement. What’s more, its sound quality is enjoyable, provided you don’t push the volume too high.

In addition, it includes a a healthier range of features than most Bluetooth speakers, not least a cool smartphone app that brings a whole host of new Bluetooth tricks. However, there are better-sounding speakers on the market, such as the Ultimate Ears Boom 2 and the Jam Heavy Metal HX-P920, which more discerning listeners would do well to investigate.

Not the last word in Bluetooth sound quality perhaps, but LG’s compact portable speaker offers enjoyable performance, long battery life and some cool features – not to mention a jazzy urban design by JonOne.