With its glorious futuristic design and high price tag, we had high hopes that the 65UF950V would be yet another outstanding TV offering from LG. Unfortunately, though, the quality exhibited by many of its rivals only highlights the 65UF950V’s flaws.

The main problem is that its contrast just isn’t good enough for a premium TV. By examining the TV’s native contrast performance – its contrast before calling in the help of its local dimming and dynamic-contrast systems – you can see instantly that dark scenes are afflicted with a grey wash that makes them look unconvincing and flat.

Thankfully, activating the local dimming engine significantly improves the issue, but only at the cost of another, equally annoying distraction: vertical “bars” of light run up the whole screen around bright objects. 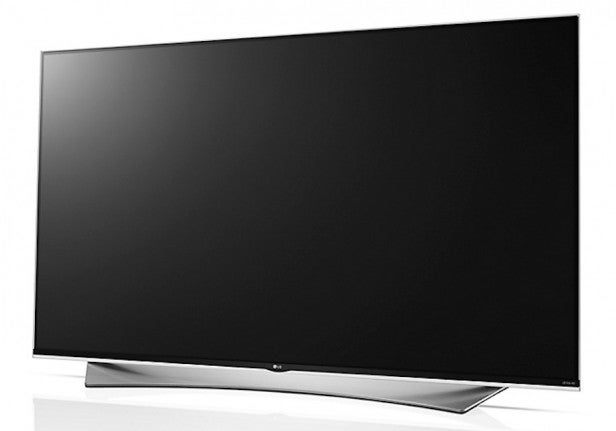 When applied to LEDs, local dimming can only actually control the light for whole vertical stripes of the picture. This leads to the picture being defined as a series of “bars” of different light intensity. Unfortunately, when you see such bands, your focus shifts to the technology responsible for the picture rather than being immersed in the images themselves.

To be fair, the local dimming’s vertical light bands can’t be seen all the time. They tend to crop up only when a bright object appears against a fairly dark backdrop; on the whole, predominantly bright images can look pretty spectacular on the 65UF950V. The banding issue is also less obvious if there’s plenty of ambient light in your room.

Nonetheless, the problem is far more obvious than it is on most – if not all – other LCD TVs that use local dimming and edge LEDs. Why? Well in part this is because the local dimming system is having to work extremely hard to try to counteract the IPS screen’s lack of native contrast, and also because LG persists in using LEDs mounted along the bottom edge of the screen rather than using LEDs mounted down the screen’s side. 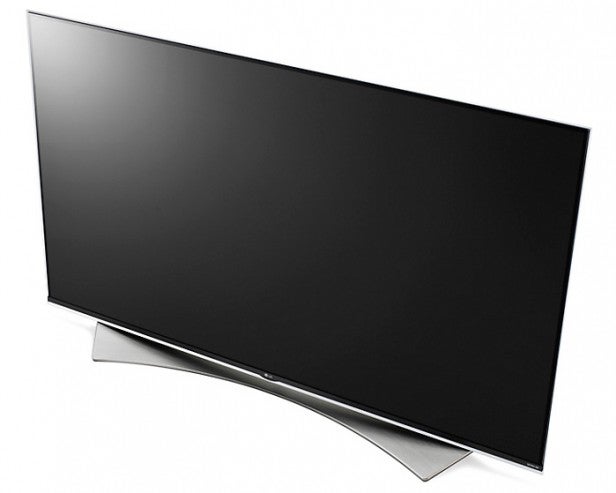 To stress this latter point, most films are made using an aspect ratio that’s wider than the 16:9 shape of the 65UF950V’s screen, which results in black bars above and below the picture. You don’t have to be Albert Einstein to figure out the outcome. Using a lighting system that’s outputting various levels of light, in vertical strips from different LED clusters, will lead to disruption of the uniformity of those horizontal black bars.

It seems that the 65UF950V’s build is only contributing further to this problem. Banding appears to be far worse on this premium super-slim set than it was on some of LG’s more affordable but chunkier edge LED/locally dimmed TVs of last year.

As if the problems with contrast aren’t distracting enough, the 65UF950V also employs that LCD trick of simply turning off its backlight when trying to render an extremely dark shot, before turning it back on when the light levels in the image reach a level the TV feels capable of reproducing. This, again, only serves to remind you about the physical techniques the TV is employing to combat its native contrast shortcomings.

The 65UF950V does perform well elsewhere, however. Pictures are bright and punchy, with bold colour saturation that’s natural in tone for the vast majority of the time, suffering loss only during dark scenes as a result of the set’s contrast problems.

Native UHD content looks extremely crisp and detailed, meanwhile, with little interference from problems such as over-stressed edges, grain, or colour fizzing. The clarity holds up well when displaying motion, too, with only minimal blurring and loss of resolution seen over moving objects or during camera pans. We wouldn’t advise using LG’s TruMotion motion-processing system on any of its highest settings, but its low setting can reduce judder slightly without causing excessive processing artefacts.

So while the 65UF950V’s IPS panel may result in issues with contrast, it does at least mean you can watch it from a slightly wider angle – without contrast and colour diminishing – than you can with TVs using more contrast-rich VA panels.

The 65UF950V is also a good upscaler of non-4K content to its native 4K screen. It’s particularly adept at removing noise from the source content, ensuring that upscaled images look polished and clean. The downside is that its upscaled images don’t look quite as detailed and sharp as those of its latest Sony and Samsung 4K UHD rivals.

On the whole, though, the 65UF950V strengths are totally undermined by its egregious contrast and backlight consistency issues.