Given the often excellent results we’ve seen with other 4K TVs that use LG’s passive 3D system, we were hoping the 65UF950V may have at least been able to deliver the goods with its 3D performance. Unfortunately, even in this relatively safe area, the 65UF950V comes a cropper.

As was the case with last year’s LG UB950V models, 3D on the 65UF950V is impacted by quite severe crosstalk ghosting noise that passive 3D screens aren’t supposed to suffer with at all.

The issue doesn’t affect the whole screen equally, but over about 40% of the image’s total area, we routinely saw quite aggressive evidence of crosstalk’s double-ghosting problem. Subtitles along the bottom of the screen, for instance, can be rendered almost unreadable, while sharpness of the 65UF950V’s 3D images take a major hit. 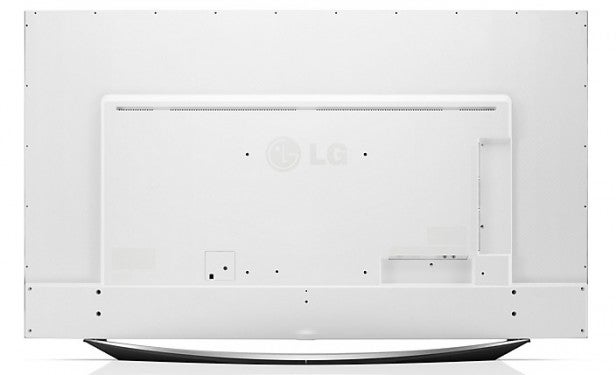 As ever with passive technology, not having to worry about the flickering and lack of brightness associated with the Active 3D system is great. But finding the 65UF950V’s passive pictures suffering with more crosstalk than most active ones is as annoying as it is inexplicable.

Although the 65UF950V’s sound quality isn’t outstanding by TV standards, it delivers more than you’d at first expect considering its skinny chassis.

The funnelling, reflecting effect of the “auditorium” stand design results in sound that has a pleasingly direct feel with plenty of attack. It helps the TV paint its audio worlds with good levels of detail too, and we were impressed by how accurate sound effects seem to be considering it was coming from below the screen.

The 65UF950V can reach top volumes without distortion or muddiness, and it enjoys a mid-range so open that at times it feels as though the sounds is being amplified as well as being redirected. 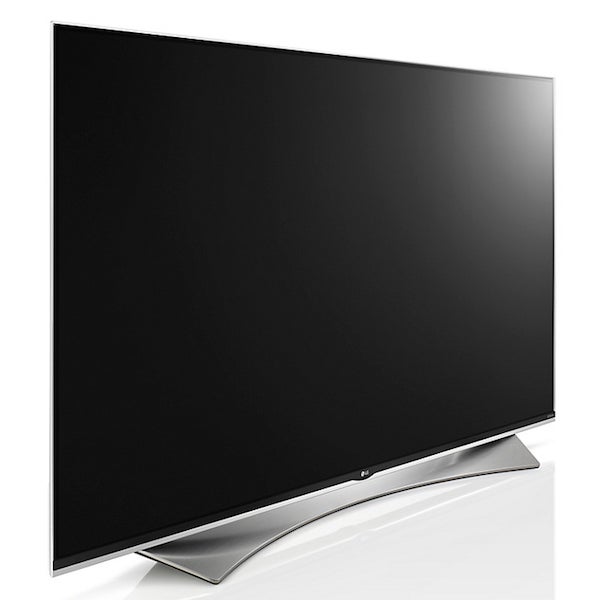 We came across one issue with the audio: on occasion, the set suffers quite significant audio lag when watching 3D, leading to obvious lip-sync errors. But for reasons already discussed, you probably won’t want to watch 3D on the 65UF950V anyway.

Amid the mostly disappointing news about the 65UF950V, there is one area where LG has responded to past criticisms of IPS panels. We measured input lag on the 65UF950V to be a respectable 34ms when using the TV’s Game picture mode, which is low enough to ensure the TV’s picture-rendering time won’t impact on your gaming abilities.

While we’re saving our analysis of the 65UF950V’s webOS 2 smart TV functionality for a separate feature, it’s worth quickly pointing out that it uses a refined version of LG’s Magic Remote Control design, with its ground-breaking combination of point-and-click technology and a tactile wheel arrangement for scrolling down menus. The point-and-click function can be a bit oversensitive at times, but for the most part the remote design is a great companion to webOS.

This is a pretty easy one to answer: no, you shouldn’t buy a 65UF950V. It suffers from so many issues that it’s hard to
believe that LG’s quality-control department could have let it
through – especially given that many of its problems were encountered by its
2014 predecessor.

While the webOS 2 smart system is state-of-the-art – aside from lacking a few catch-up apps – and the TV is the prettiest we’ve seen since LG’s own OLED models, picture quality is a mess. It’s left hopelessly outgunned by the stellar efforts of some of its rivals this year.

Experience suggests that LG’s cheaper, more chunkier LCD TVs may actually outperform this model. But if the 65UF950V is representative of what we can expect from LG’s LCD TV line-up in 2015, then frankly the company’s shift to an all-OLED future can’t come soon enough.