The previous LG OLED TV to pass though our doors, the 55-inch full HD 55EC930V,
didn’t quite live up to the OLED hype. Its pictures sometimes looked a
bit artificial, and the lack of native UHD resolution felt out of kilter
with OLED’s potential precision. It takes very little time to discover,
though, that the addition of UHD to the 65EC970V has made all the
difference in the world, allowing this set to finally deliver mostly, if
not fully, on our OLED dreams.

Sitting squarely at the heart of
the 65EC970V’s mesmerisingly good pictures is a more-or-less flawless
black level response. This has long been the area where OLED provides
the most significant advantage over LCD technology, and the 65EC970V
doesn’t fumble the ball. Parts of the picture that should look
absolutely black look absolutely black, without a trace of the greyness
you get to some degree with every LCD screen. 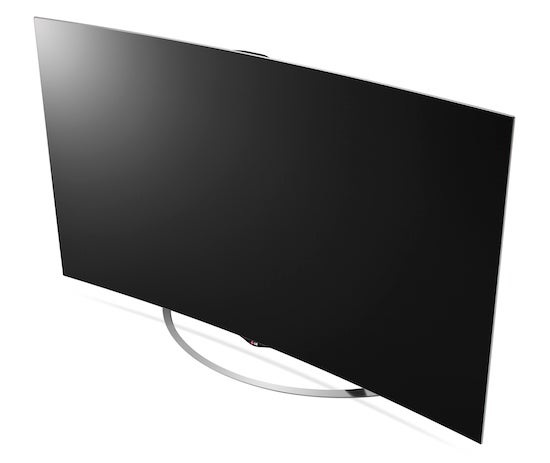 Even
the exceptionally good direct LED lighting/local dimming combination of
Samsung’s UE65JS9500 can’t achieve the exquisite black level purity –
across all sectors of the screen, anyway – that the 65EC970V can. It’s
worth adding, too, that because each pixel makes its own light in the
65EC970V you can watch it from a wide angle without the image losing
contrast (and colour resolution) as happens with most LCD TVs. Nor do
you have to worry about any of the blooming around bright objects that
can appear during off-axis viewing with the Samsung UE65JS9500.

The
65EC970V’s OLED system also precludes it from suffering with
any of the backlight clouding associated with LCD screens (especially
edge-lit LCD screens). Even if you play a white block at the centre of a
black backdrop on the 65EC970V it reproduces it without any hint of
inconsistency in the black areas. Or at least this is the case provided
you don’t push the brightness too high – more on this later.

Being
able to deliver white against pitch black right down to pixel levels of
accuracy inevitably helps the 65EC970V deliver a superb contrast
performance. In fact, prior to the launch of Samsung’s HDR TVs this year
we would have had no hesitation in proclaiming the 65EC970V the most
contrast-rich TV we’ve ever seen. However, since the 65EC970V can’t get
close to the 750-1000 nits of brightness Samsung’s HDR TVs are
capable of it can’t deliver the same luminance range.

Still, the
65EC970V does actually look a bit brighter and more vibrantly coloured
than we’d expected based on experience of OLED screens of the past, and
the impact of this alongside those pretty much perfect blacks certainly
doesn’t leave the image feeling short of punch.

What’s more, the
self-emissive nature of the OLED pixels means that the 65EC970V is
capable of producing staggering amounts of shadow detail beyond what’s
usually visible with LCD technology. The shots of the starfield behind
Sandra Bullock as she floats alone in space in Gravity are a revelation
on the 65EC970V as we see hundreds if not thousands more stars on it
than we’d realised were there from seeing the same shots on LCD TVs.

LG
deserves a major pat on the back, too, for the superb way the filters
in the 65EC970V’s screen soak up potential reflections of bright objects
in your room. These sort of reflections could have severely compromised
the TV’s apparent contrast performance, so it’s great to see them
handled so well. Here’s hoping rival brands learn a few things from LG
on this front.

Given that we regularly point out that a good
black level response usually leads to a great colour response, you can
probably predict that for the most part the 65EC970V’s colours are
excellent – startlingly rich and vibrant, especially when you consider
that the TV isn’t HDR-ready. 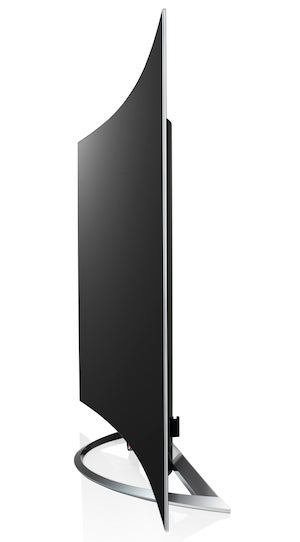 Motion
is handled well by LG’s debut UHD OLED TV too. Without using any of the
provided motion processing tools, objects pass across the screen – from
24p Blu-ray as well as broadcasts – with no significant blurring to
besmirch their progress. There is a little judder at times, it must be
said, and if you try to engage the motion processing to tackle this it
can start to cause obvious unwanted side effects when dealing with rapid
motion. But with most content the judder isn’t a major issue.

It’s
not just the motion that looks clean and crisp, either. The 65EC970V’s
native UHD resolution proves just as perfect a partner for the stunning,
pixel-level light accuracy of its OLED screen as we’d hoped it would
be, enabling native 4K sources to appear with levels of precision,
sharpness and detail that are nothing short of jaw-dropping.

This
precision, together with the screen’s stunning contrast, helps to
create a spectacular sense of depth to UHD vistas, and there’s not the
slightest hint of the visible pixel structure noticed with LG’s full HD
55EC930V. These factors help the screen create that gorgeous ‘window on
the world’ feeling to its pictures we now associate with a quality UHD
experience.

Add all these prodigious strengths together and you have pictures that
at times are simply the best we’ve ever tested, fully living up to all
those OLED hopes we’ve built up over the years. That isn’t to say pictures are completely perfect, though.

For
starters, its upscaling system isn’t as adept at adding detail and
sharpness to HD sources as the upscaling engines of its main UHD rivals.
Its upscaled pictures look slightly soft and flat by comparison – which
is a shame given that native UHD content is still thinner on the ground
than we’d have hoped it would be by now. 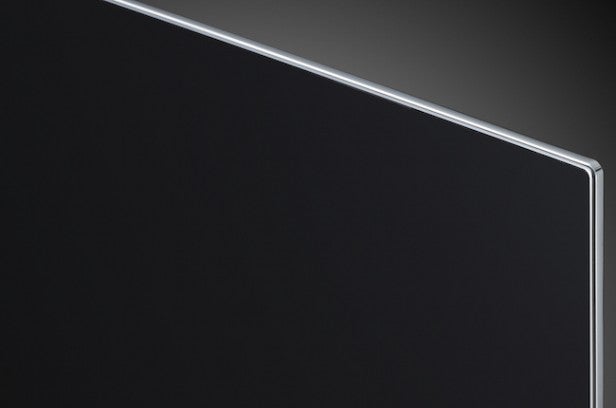 Another
niggle is that the screen has a tendency to slightly exaggerate blue
when showing gently shadowy (as opposed to truly dark) and highly
detailed areas of the picture. Next, while colours are mostly rich and
eye-catching, especially where reds and oranges are concerned, skin
tones do sometimes look a bit blotchy, forced and short of finesse. This
state of affairs can be greatly improved via the colour calibration
tools the TV carries, but we never quite achieved a colour result that
looked as neutral and natural as we’d have liked.

Having now
witnessed HDR-capable screens, it also struck us that colours look a
little less natural during dark scenes than they do during bright ones.
Dark colours look less detailed than their bright equivalents too, even
when watching UHD content, again presumably because there isn’t the same
brightness to push the details out. It’s abundantly clear, too, that
the 65EC970V’s whites are nowhere near as crisp as those of Samsung’s
HDR TVs – though some video enthusiasts may actually prefer the warmer,
calmer look of LG’s groundbreaking screen.

As noted earlier, you do need to be careful how bright you push the
65EC970V’s pictures, as if you go much higher than the TV’s 55
brightness setting you’ll be startled to see – at least during dark room
viewing – those normally stellar OLED black levels start to be damaged
by a clear, yellowish glow where there should be blackness. What’s more,
when this odd ‘glow’ kicks in, it’s striking how much darker it is at
the screen’s edges than it is at the centre. Quite what could cause such
apparent brightness inconsistency across the screen on a self-emissive
technology like OLED is beyond us – and it’s just as well the
inconsistencies are seldom apparent if you’ve kept the brightness down
to a sensible level.

We have to remind you once more, finally,
that for all its stunning contrast and actually pleasantly surprising
levels of brightness, the 65EC970V can’t handle HDR sources. This means
it can’t produce images as dynamic, colour-rich and, for want of a
better word, expansive as those Samsung’s UE65JS9500 can deliver with
native HDR content.

However, we can readily imagine many buyers
feeling able to live without HDR in return for the 65EC970V’s immaculate
black level performance – especially with native HDR content currently
impossible to find.

Used as the main TV for the review period
Tested for more than a week
Tested using industry calibrated tools, discs and with real world use
Tested with broadcast content (HD/SD), video streams and demo discs
Previous
LG 65EC970V Review Next
3D, Sound and Verdict Review