Ironically, considering this review is appearing in the same week Sky has decided to wrap up its 3D channel, the 65EC970V delivers probably the finest 3D picture quality we’ve ever seen.

For starters, it’s spectacular to see how LG’s passive 3D approach applied to a native UHD screen can deliver every last pixel of detail from today’s 3D full HD Blu-rays with none of the flickering or brightness reduction and scarcely a hint of the crosstalk ghosting noise you get to some extent with any active 3D solution. 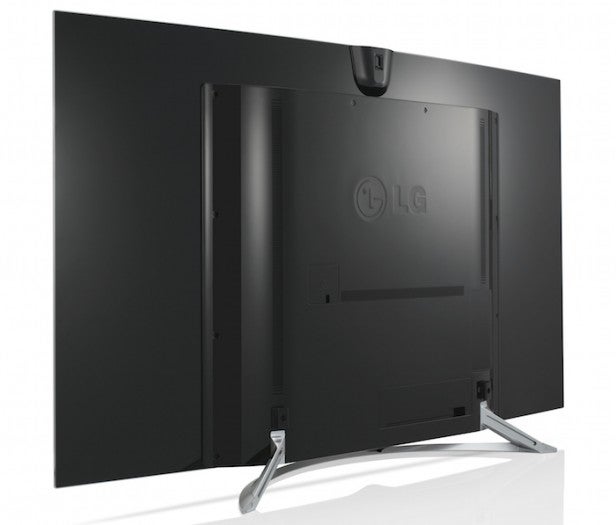 This near-immaculate clarity means you can forge a much more direct, immersive connection with the 3D action – especially as LG’s passive 3D glasses are also lightweight and unobtrusive to wear.

The OLED image’s unprecedented black level response and luminance accuracy together with its stellar detailing and luminance also help the 65EC970V deliver a huge and convincing sense of depth in its 3D images – an effect given further impact by the curved screen.

This curved screen can occasionally make objects to the extreme sides of the 3D image look overly foregrounded, and motion looks more juddery in 3D than it does with 2D, meaning you’ll probably want to use the Clean TruMotion processing option. It should be said, too, that the passive system means that you’re getting essentially an HD level of 3D image from your UHD screen rather than the UHD 3D images you get with active 3D UHD TVs. However, it’s worth bearing in mind that those active UHD TVs are having to use upscaling processing to deliver their UHD 3D images from current Blu-rays, leaving LG free to argue in favour of the direct purity of the 65EC970V’s approach.

Considering how slim it is, the 65EC970V doesn’t sound too shabby. The Harman Kardon four-speaker system manages to deliver startlingly high volume levels without succumbing at all to cabinet buzzing or speaker phutting. The soundstage spreads quite widely without becoming incoherent, meaning that – unusually for an ultra-thin screen – even a film fan should just about feel satisfied with the audio accompaniment the 65EC970V provides for its resplendent pictures. 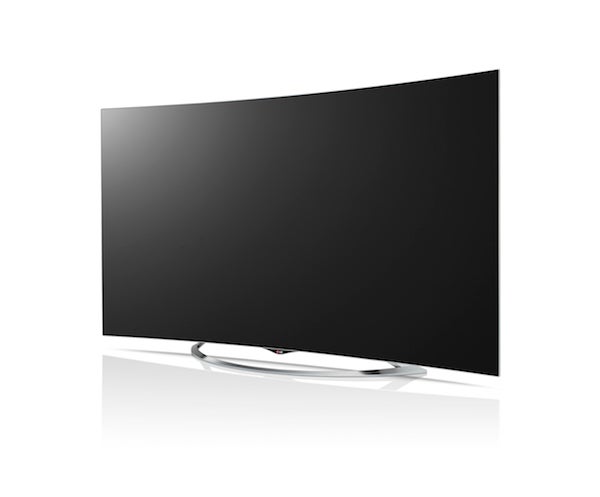 Before we get too carried away, though, there isn’t much bass to underpin the 65EC970V’s soundstage, leaving action scenes sounding a bit thin, while a lack of breathing room in the upper mid range can leave things sounding a bit congested and short of detail during dense moments – though vocals, at least, generally emerge unscathed from all but the most strident cacophonies.

LG has traditionally been a brand to avoid for gamers, thanks to the majority of its sets suffering high levels of input lag (the time it takes for a TV to render images). The 65EC970V, though, recorded an input lag figure of just over 50ms which, while still certainly higher than the 10-20ms measured on the very fastest reacting TVs, is low enough to at least make the 65EC970V a passable gaming screen – actually much more than passable when you take its contrast and motion response into account.

One other point worth mentioning here is that while even the original version of the webOS operating system found on the 65EC970V feels ahead of the pack in terms of its usefulness and user-friendliness, it does run a bit sluggishly – an issue that the new WebOS 2.0 system has been expressly designed to address.

If, like many serious AV fans, you see black level response as the king of all TV picture quality characteristics, you’ll probably find the 65EC970V irresistible. Assuming you can somehow get your hands on six grand, of course.

Not that its peerless black levels are its only claim to fame, though; its pictures are also brighter than expected, gorgeously detailed with native UHD content and startlingly richly coloured. 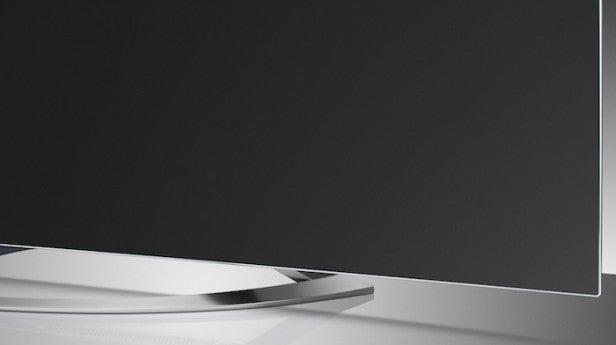 You can’t ignore the fact, though, that 2015 looks set to shift picture quality up another gear with the launch of HDR – a technology that’s already blown us away with its brightness, vibrancy, detail and dynamism on the identically-priced Samsung UE65JS9500.

Ultimately, both these TVs have different strengths and weaknesses, making picking between the two pretty much a matter of personal taste – so we’d recommend getting a demo of both if you possibly can. Perhaps one way of looking at it would be to say that the 65EC970V delivers the goods with today’s picture standards, while the HDR-capable UE65JS9500 is better placed to handle the picture standards of tomorrow.

While the sudden arrival of HDR technology on the TV scene may have scratched off a touch of the 65EC970V’s lustre, LG’s 4K OLED debutante nonetheless finally delivers emphatically, spectacularly and sensationally on OLED’s legendary picture quality promise. We can’t wait to see where LG – and potentially other brands – take this awesome technology next.