Our love for webOS really had us wanting to love all aspects of the 55UB950V. But sadly we weren’t able to fully embrace its picture quality.

There’s one simple reason for this, and it’s a reason we’re now all-too-familiar with when testing LG IPS panels: below-par black level performance.

Try watching a dark scene on the 55UB950V without any of the contrast-enhancing features – especially the local dimming – active, and you’ll see that parts of the picture that should look black instead look distractingly grey and washed out. This greyness obscures a considerable amount of subtle shadow detail information too. 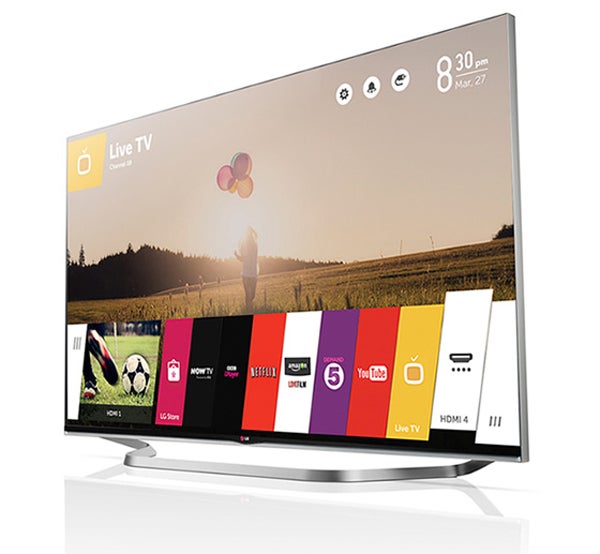 Activating local dimming dramatically improves the screen’s black level response – especially if you opt for the system’s high or medium settings, at which point basic black level response goes from poor to very good. However, because the dimming system is having to work so aggressively to overcome the panel’s fundamental lack of contrast, it causes some quite distracting ‘blocks’ of light to run down the full height of the image around any bright objects that appear against a generally dark background.

The problem is particularly noticeable if you’re watching a 2.35/2.4:1 aspect ratio film (which most films are, in fact), as you can clearly see the light blocks and fluctuations in the black bars above and below the picture. But once you’ve first become aware of the problem you can also see it in full-frame 16:9 content too.

A great example of the problem at its worst occurs in the sequence in the final Harry Potter film where Harry, Griphook, Ron and Hermioine disguised as Bellatrix arrive at Hogmead. They are shown looking from a dark passage up some steps through an arch to a lighter street above in the centre of the image. Right away with the medium or high local dimming settings in play you can see a rectangle of light running all the way down the screen around the part of the image showing the lighter street. But then, to make things worse, a person walks into view in the lighted street area, and as he does the need to illuminate him causes a frankly ugly extra block of light to pop up momentarily to the left of the other one.

This is just one example of a problem that occurs to some extent throughout any film you watch.

This leaves us with just one local dimming setting that’s really usable: the Low one. Mercifully if you activate this and, as suggested in the set up section, reduce the backlight drastically, to below its 50% level, the impact of the blocking problem diminishes dramatically. But it never completely disappears – plus, of course, by having to reduce the backlight so much you’ve ended up with an image that’s lost a good chunk of its vibrancy and dynamism.

Not for the first time we find ourselves wondering why LG perseveres with arraying its LEDs along the top and bottom edges of the screen when experience suggests that putting the lights down the sides instead can yield much more convincing and less distracting local dimming results.

The difficulties the 55UB950V has producing a convincing black level also make its dynamic contrast option pretty much unusable, for it causes frequent overtly distracting ‘jumps’ in the image’s overall brightness level.

To be fair to LG, some perspective is needed here. For if you follow the low backlight/low local dimming advice, contrast can at times – even often – look lovely when the content isn’t too demanding from a contrast perspective. Also, the blocking problems associated with the local dimming are less obvious if you’re watching in a fairly bright room.

However, we strongly suspect that anyone spending big on a UHD TV will sometimes want to watch a film in a dark room, and in that situation its contrast flaws make the 55UB950V fall short of the pace set by its Sony and Samsung 4K/UHD rivals this year.

The 55UB950V’s black level foibles are made all the more unfortunate by the way that in many other ways its pictures are great. Native 4K content supplied by a digital stills camera or a 4K server we still have lying around from last year all looks suitably pristine (Netflix sadly and surprisingly wasn’t working during our tests), with emphatically more detail and clarity than you get with a normal HD image. What’s more this clarity remains pleasingly intact when there’s motion in the frame, even if you only use LG’s motion processing on its relatively tame (and thus less likely to leave pictures looking processed) Clear setting.

There’s also that extra sense of depth to large-scale UHD shots that we’ve now come to expect as one of the format’s biggest attractions, and there’s no sense of any pixel structure in the picture, making its images look more like the real world watched through a window.

This is all happening, let’s not forget, on a 55-inch screen, not some 65-inch or bigger behemoth. In other words, the clarity of LG’s UHD pictures is amply sufficient to make the higher resolution format’s presence felt on a relatively manageable/mainstream screen size. 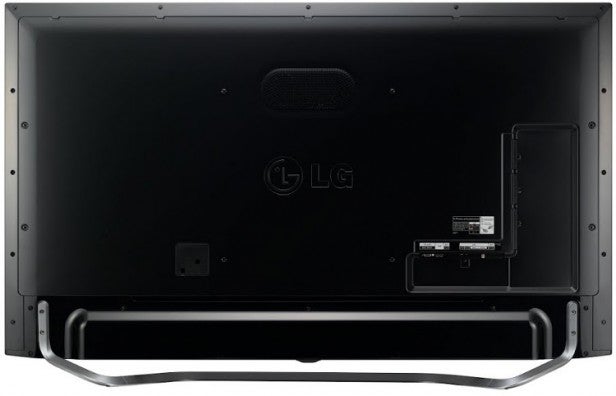 Obviously if you’re even slightly interested in TV tech you’ll be aware that there’s currently precious little native UHD/4K content for you to play on a UHD TV. So it’s just as well that LG’s upscaling processing works very well for the most part.

There’s not quite as much flat-out sharpness in LG’s upscaled images as there is in those of Sony’s latest 4K TVs, but we were very impressed by how well LG’s upscaling systems remove noise from source images before upscaling them, and by how natural and richly coloured they look.

Colours generally, in fact, are bold, vibrant and capable of looking very authentic for most of the time. The punchiness – driven by some impressive panel brightness – draws and holds your attention beautifully, as well as helping to underline the stunning sharpness of UHD sources.

If we were being picky we might say the 55UB950V doesn’t deliver quite so much colour resolution/definition as Sony’s Triluminos sets, and can occasionally deliver a slightly grey skin tone during dark scenes. But for the vast majority of the time the 55UB950V’s colours are a joy to behold.

One final positive of the LG’s pictures is that, as promised, the IPS panel the 55UB950V uses supports a wider effective viewing angle than the latest 4K TVs from either Sony or Samsung.

We do have a couple more negative points to report, though. First, we occasionally became aware of a couple of shadowy vertical lines down the picture over very bright content like football matches and bright exterior sequences.

Second, while LG’s motion processing is generally impressive if you stick with its Clear setting, it can cause a few distracting blocking/flickering artefacts when it has to deal with a diagonal camera pan or movement, or lots of small moving objects. We also noted that during snow storm sequences in Frozen and some of the camera pans across space in Gravity, something in the way the processing is working causes some of the snowflakes or stars to disappear from the picture.

Used as the main TV for the review period
Tested for more than a week
Tested using industry calibrated tools, discs and with real world use
Tested with broadcast content (HD/SD), video streams and demo discs
Previous
LG 55UB950V Review Next
3D, Sound and Conclusions Review