While the job of grabbing headlines for LG at the CES may have fallen to the Signature W7 ‘wallpaper’ OLED TVs, the Korean company also has an unexpectedly interesting tale to tell with its 2017 Super UHD LCD TV range.

Each SJ9500, SJ8500 and SJ7500 model in LG’s 2017 TV range features new ‘Nano Cell’ technology. This completely new approach to LCD colour reproduction sees a film layer of uniform 1nm particles being placed in front of a colour filter to deliver a wider viewing angle and enhanced saturation and contrast.

LG even went so far in its press announcement as to suggest that, in some ways at least, its new SUHD sets can outperform traditional quantum-dot TVs such as Samsung’s 2016 models. This is heady talk for a brand that’s struggled to impress with its LCD TVs of late, so when the opportunity came to spend some time with a 55SJ9500 in a nice, quiet hotel suite, I jumped at it. 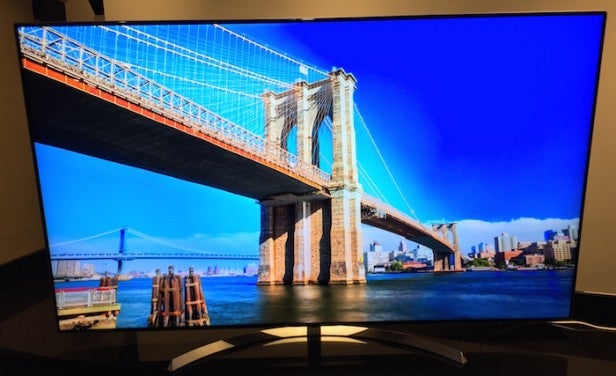 The 55SJ9500 looks almost as glamorous as LG’s OLED TVs. It’s remarkably slim – we’re talking a matter of millimetres here – across the vast majority of its white-clad rear, while its narrow black frame is beautifully edged by a gorgeously finished metallic outer trim. We don’t have pricing information yet, but it’s a serious looker for a TV that will certainly cost substantially less than LG’s OLED TVs.

For the first time in years, in fact, LG has delivered an LCD TV that I wouldn’t feel confident about being able to identify as an LG IPS-type model simply by its colour palette. This is a good thing that should serve it especially well when handling the extra colour refinement introduced by the Dolby Vision HDR format (which all Super UHD TVs support).

The 55SJ9500 also lives up to its Nano Cell promise of an enhanced viewing angle. I found I had to get to around 45-50 degrees off-axis before the picture started to show strong signs of extra greyness in dark areas. And actually colours still retained good saturation levels at that point. 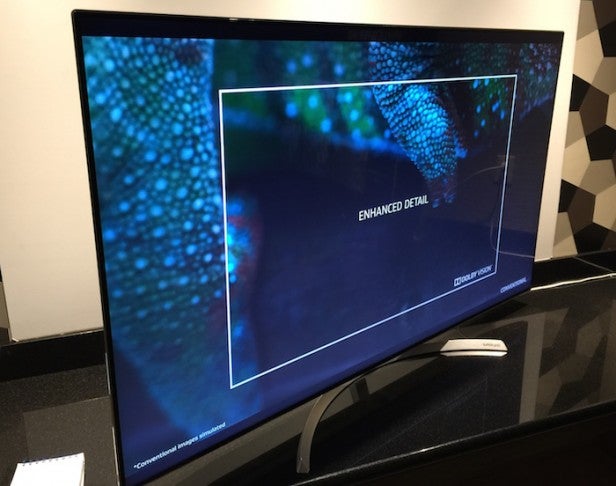 Samsung’s latest ‘QLED’ TVs actually deliver wider viewing angles still, based on my experience of them at CES 2017. But the improvement LG’s Super UHD TVs have made in this department is still very welcome.

The 55SJ9500 looks markedly brighter than previous LG LCDs. An LG representative suggested that the TVs are hitting just over 1000 nits, but – perhaps because of the improved colour dyamics – my subjective impression was that this could be a conservative estimate. (Again, though, we’re not talking about the 2000-nit peaks Samsung is claiming for its new QLED TVs.)

LG seems to have improved detailing on the 55SJ9500 versus previous Ultra HD TVs too – although I can’t say at this stage whether this is down to the Nano Cell’s improved colour performance, better picture processing, or a combination of the two. 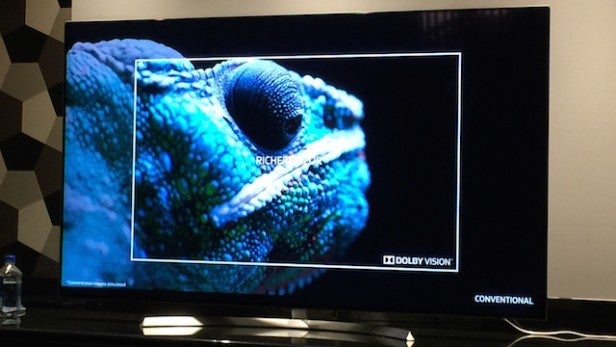 The one area of concern about the 55SJ9500’s picture quality is its black-level response. This is a problem that LG’s IPS-type LCD panels have always struggled with, and which has become even more of an issue with the arrival of HDR (high dynamic range) content. Sure enough, during the relatively few dark shots included in LG’s CES demo material, I could clearly see general greyness where there should be blackness, and gentle signs of light striping and blocking around the picture’s brightest elements.

That said, the black level shortcomings didn’t seem nearly as severe as they were on 2016’s Super UHD TVs. It was hard to judge the extent of the improvement accurately in the lighting conditions of LG’s hotel suite.

In the end, the success or otherwise of LG’s latest Nano Cell TVs may turn out to be dependent on how affordable they are. It’s certainly good to see, though, that LG clearly isn’t only focused on advancing the quality of its OLED screens.