We’re now long accustomed to enjoying LG’s passive 3D images, so it’s no surprise that the enjoyment continues with the relatively high-end LG 55LA860W. Its 3D images are first and foremost exceptionally relaxing on the eye by 3D standards, thanks to the way the passive 3D format doesn’t need to use ‘active shutter’ glasses, with their potential for visible flicker.

Motion looks clean and natural too, and the sense of space in the image feels authentic and organic. Also, it’s a boon to see next to no trouble with the crosstalk double ghosting noise witnessed with many active 3D screens (so long as you keep your vertical viewing angle within 13 degrees above or below the screen).

The 55-inch screen on the LG 55LA860W does make it possible, though, to see the slight horizontal striping of the passive 3D filter over the picture, which can also result in some jaggedness around bright, contoured 3D edges.

The LG 55LA860W’s audio is a slightly mixed bag. The speaker
configuration is able to deliver more bass than might have been expected
from such a slim TV, and also throws the TV’s soundstage good and wide.
There’s plenty of treble detail in the soundstage too.

However,
at high volumes deep bass in a soundtrack can cause the speakers to phut
and distort quite noticeably, and sometimes voices can get a touch lost
in the mix, though you can improve this situation if you use the set’s
provided Clear Voice option. 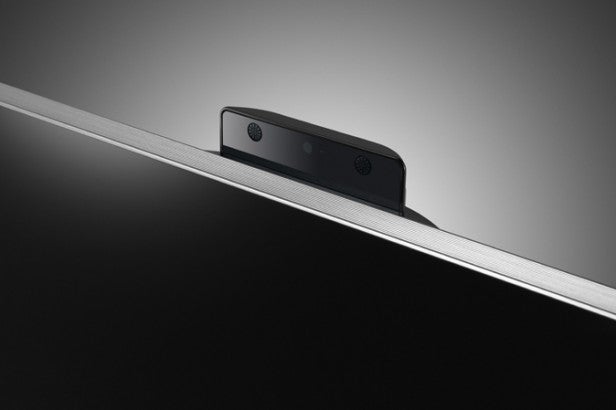 Skype fans and people who like waving their
arms at a TV as an alternative way of controlling it (yes, the LG
55LA860W supports a basic gesture control system) should also note that
the 860W differs from the previously tested LG 55LA740V in carrying a built-in camera. 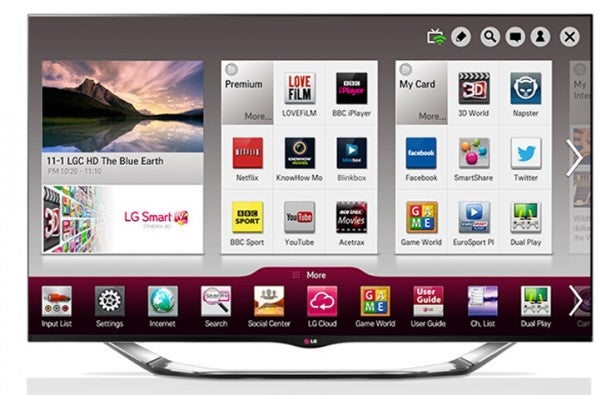 The LG 55LA860W is superbly equipped for modern life when it comes to video streaming services, multimedia playback and smart device support. Also, if AV life only consisted of really bright, colourful content, it would be a brilliantly satisfying TV thanks to its rich colours, high levels of sharpness and decent motion handling.

Sadly, though, for the vast majority of people – especially the sort of people most likely to consider spending £2,000 on a TV – AV life does not only consist of bright, colourful stuff. And whenever it’s asked to handle a dark scene, the LG 55LA860W falls down pretty severely – especially when put in the context of such high-contrast heroes this year as the Samsung UE55F8000, Panasonic P55VT65 and Sony 55W905A.

While it’s great to see LG thinking out of the box and delivering the goods with the design and smart features of its latest TVs, on the evidence of both LG 55LA860W and the previously tested 55LA740V, it needs to focus more effort into the contrast performance of its TVs.