Firing the LG 55LA790W up with some straightforward HD broadcasts, it makes an excellent first impression.

A combination of high brightness and gorgeously vivid colours helps picture blaze off the screen with spectacular, high-end punch – even if your viewing conditions are bright.

These bright and breezy HD broadcasts look emphatically sharp and detailed too, and our good first impressions even continue when we switch to standard definition, as LG’s upscaling engine does an impressive job of ‘remapping’ such low-def, often noisy sources to the screen’s full HD resolution so that they look reasonably sharp, clean and naturally coloured. 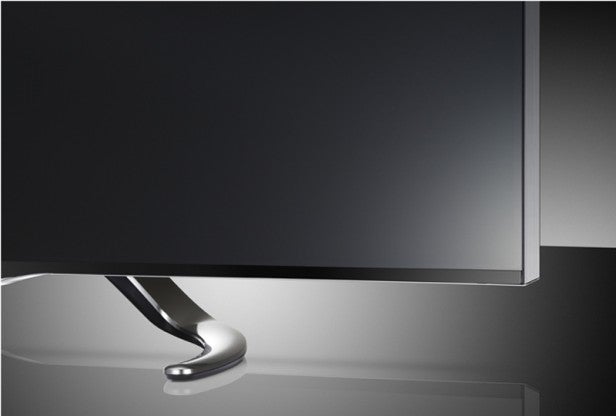 The generally strong sense of sharpness from LG 55LA790W’s pictures is at least partly down to some impressive motion handling. Even in its ‘native’ state, with LG’s TruMotion system deactivated, there’s only a relatively small amount of resolution loss over moving objects. And it’s possible to remove it almost completely if you use TruMotion. We’re innately suspicious of motion processing engines on TV, but TruMotion is one of the better efforts we’ve seen thanks to the exceptional amount of flexibility it offers over how strongly or weakly it applies itself to pictures.

Personally we avoided the stronger TruMotion presets, preferring a customised setting with the de-judder and de-blur values both set to three or four. Or with Blu-rays we generally turned TruMotion off completely unless the film involved an extreme amount of action or camera movement – like Peter Jackson’s The Hobbit.

Now we’ve started talking about Blu-rays, it’s great to see all of the strengths noted with broadcasts holding good, giving movies an instant and engrossing sense of dynamism, sharpness, and detail underlined by how you’re almost completely unaware of any bezel framing your AV experience.

The million dollar question for film fans, though, is whether the LG 55LA790W is able to dodge the problems showing dark scenes that have troubled other LG TVs we’ve seen this year. And the short answer is that no, it can’t. 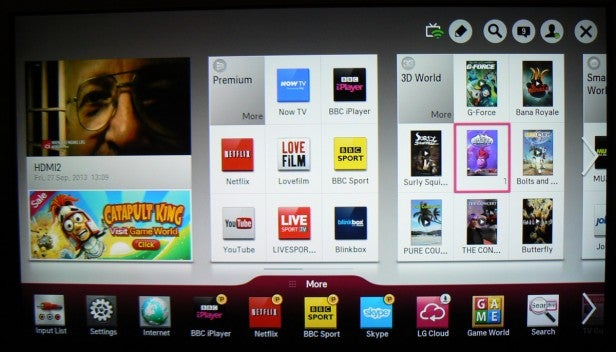 There are two fundamental reasons for this. The first is that as with pretty much all the LG IPS passive 3D LCD panels we’ve tested this year, the native contrast performance of the panel inside the 55LA790W just isn’t good enough by 2013 standards.

You can reveal this simply by turning off both the dynamic contrast and LED local dimming features. Doing this makes dark scenes look frankly pretty horrible by posh modern TV standards, thanks to a distracting milky blue/grey wash that hangs over the image hiding shadow detail, disrupting the naturalism of dark colours and generally making it impossible to get truly immersed in the action.

Hammering down the backlight level to its 40 level or below can improve the screen’s sense of black reproduction, but only at the expense, obviously, of a great deal of the punch and vigour that first attracted us to the 55LA790W’s images while watching bright footage.

And even at this low backlight setting there’s still a trace of blueness and a distinctly hollow, crushed look to the image’s blackest corners.

Thankfully the set’s dynamic contrast and local dimming features both profoundly increase the screen’s black level response. But sadly they only do so at the expense of two significant further distractions.

In the Dynamic Contrast system’s case, even on its lowest power level it can cause noticeable ‘jumps’ in the picture’s overall brightness level, especially when you’re watching sequences with a mixture of bright and dark content.

As for the local dimming system, the issue is a painfully familiar one where LG TVs are concerned: light blocking. Even if you only use the lowest powered version of the local dimming engine you routinely find yourself spotting obvious vertical bars of light sitting around any bright object that might be appearing against a relatively dark backdrop.

This problem is especially distracting if you’re watching a film with an ultra-wide 2.35/2.4:1 aspect ratio, since the vertical light blocks are painfully evident in the black bars that appear above and below such wide pictures.

We’ve suggested before that LG might be better off switching to ranging its LED lights down its TVs sides, like Sony does, rather than ranging them along the top and bottom if it wants to deliver a more convincing local dimming performance. But the main point really, we suspect, is that LG needs to get much better native black level responses out of its panels so that the local dimming engine isn’t having to work so hard.

Used as the main TV for the review period
Tested for more than a week
Tested using industry calibrated tools, discs and with real world use
Tested with broadcast content (HD/SD), video streams and demo discs
Previous
LG 55LA790W Review Next
3D, Sound and Conclusions Review