Settling down to see what the 55LA740V’s pictures can do, a rather uncomfortable thought occurs to us. Namely that so far in 2013 it’s been noticeable how TVs using the passive 3D format have struggled to keep up with the best active 3D screens when it comes to contrast.

With this in mind, we skipped our usual early testing ‘pleasantries’ and got right down to business with a selection of the darkest content we could find, ranging from the underground sections of Prometheus to pretty much every scene of the final, relentlessly dark Harry Potter film. And sadly the LG 55LA740V didn’t manage to buck the low-contrast passive 3D trend. 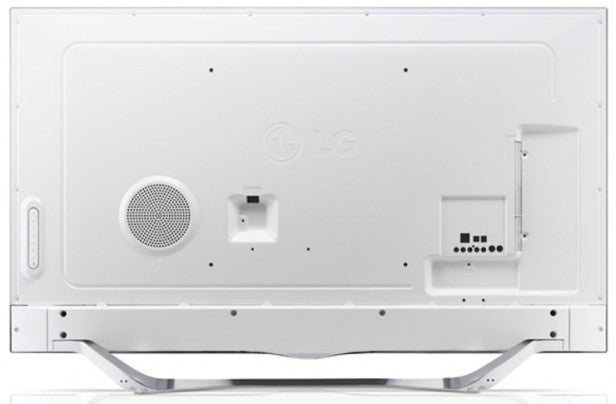 Without any form of local dimming in play, the panel’s native contrast level is extremely disappointing, leaving dark scenes to appear behind a really distracting amount of grey clouding.

However, even with the local dimming feature set to high black levels can still only be rated as fair to middling by 2013 standards, as there remains a degree of greyness around, and shadow detail tends to get slightly crushed out as the TV struggles to balance an image’s bright and dark elements.

Furthermore, while it’s certainly better than it has been before, LG’s local dimming system is still far from perfect. You can clearly see vertical rectangles of light around very bright areas of predominantly dark pictures, especially when you’re watching anything with a wide enough aspect ratio (as in, the majority of Blu-ray movies!) to require black bars above and below the picture. 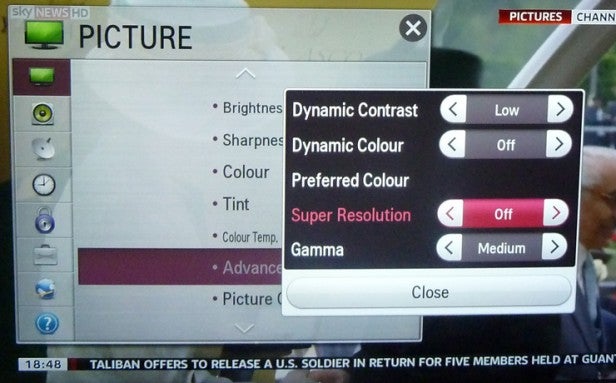 This blocking issue makes the High setting for the local dimming engine pretty much unusable, as the resulting inconsistencies in lighting at different points in the picture are much too distracting. Fortunately the Low setting for the feature is far more subtle in its workings, and is definitely the mode to opt for.

Ultimately, though, no matter what combination of contrast settings we never got dark scenes looking nearly as convincing or as consistent as they do on the likes of the Samsung F8000, Samsung F7000, Sony 55W905 or the latest Panasonic and Samsung plasma TVs.

There’s another issue with dark scenes too, namely that too regularly for comfort we noticed some fairly overt clouds of backlight inconsistencies in the image’s corners – especially the bottom corners. These remain visible during dark scenes even after reducing the backlight as far as we felt able to (to around its 6 level).

There is one positive thing we can add regarding the 55LA740V’s handling of dark scenes, though. For the 55LA740V’s backlight limitations are much less obvious if you’re watching in a bright room.

Moving on to other aspects of the LG 55LA740V’s picture performance, the news is mostly good. Colours get off to a somewhat unconvincing start, as we found saturations looking a bit forced and unbalanced using the provided picture presets. Luckily the set provides more than enough tools to let you calibrate colours pretty much at will, so you can get tones across the board looking pretty much spot on with just a little effort.

The 55LA740V’s images are bright and vibrant too, and HD sources also look appealingly free of dot crawl or fizzing noise, even (actually, especially!) if you’ve got all the set’s noise reduction turned off. This is a considerable improvement over LG sets of the past, and suggests the brand has been working hard on its image processing.

Motion is handled better on the 55LA740V than it has been on previous LG generations too. The set’s 800Hz-like motion system manages to largely circumvent or at least disguise LCD’s common resolution loss when showing moving objects, and the flexibility provided with LG’s motion processing is excellent. For as well as the predictable series of motion presets you’re also given the opportunity to manually adjust to suit your tastes the amounts of de-judder and de-blur processing the TV applies.

Nudging the de-judder down to around three while leaving the de-blur at around five or six enabled us to achieve the benefit of crisp motion without causing the image to look unnaturally fluid or moving objects to be too damagingly surrounded by motion ‘haloes’.

More evidence of the 55LA740V’s improved processing can be seen in its upscaling of standard definition sources. Motion looks a little less natural with standard def than it does HD, but we were impressed by how well the set removes noise while adding detail during the upscaling process. It was a relief, too, to find that the drop off in colour accuracy seen on some LG TVs of the past has been greatly improved.

Used as the main TV for the review period
Tested for more than a week
Tested using industry calibrated tools, discs and with real world use
Tested with broadcast content (HD/SD), video streams and demo discs
Previous
LG 55LA740V Review Next
3D, Sound and Conclusions Review