Given the sort of production problems that have plagued OLED from the day it was first unveiled, we couldn’t quite shake a worry that fitting 3840×2160 of OLED’s self-emitting pixels into a 55-inch screen would be a technical stretch too far for LG to pull off without causing problems. But we’re happy to say that on the basis of the model we worked with, these problems prove entirely unfounded.

In fact, the 55EG960V manages to match pretty much flawlessly the often insane quality experienced on the larger 65EC970V. 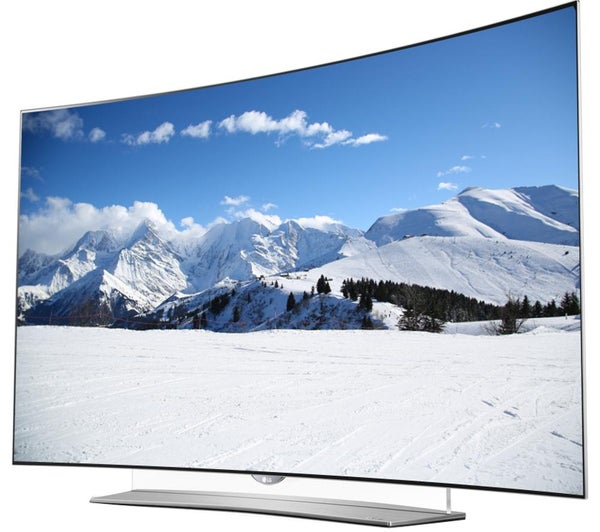 This is particularly true – so long as you’ve paid heed to our earlier set up advice – when it comes to black level response. The ability to deliver a deep black colour is for us the foundation stone to a great TV experience, and we’ve never seen any TV – even high-end plasma ones – able to deliver blacks as rich and deep as those you get from OLED screens.

It’s not just the incredible grey-free deepness of the 55EG960V’s black levels that’s so mesmerising either. Also setting new standards is the amount of subtle greyscale and shadow detail information you’re able to see during even the darkest sequences. As noted with the 65EC970V, for instance, Gravity’s space-scapes contain stunning numbers of individual stars – far beyond the sort of numbers we’ve ever been able to see before on any previous type of television.

It seems a bit daft to us that LG’s own picture presets for its OLED TVs currently keep the image’s brightness a little too low, as this can cause some of the glorious shadow detail in dark scenes to get crushed out. We guess LG was feeling paranoid given OLED’s black level promise about the yellowy tinge that can creep into dark scenes if the brightness gets too high.

One final brilliant benefit of the 55EG960V’s incredible black level response is the way it’s able to deliver those inky blacks without a trace of the backlight clouding or ‘blooming’ around bright image elements associated with LCD TVs. Seeing such deep blacks without being aware of or distracted by the manufacturing and processing techniques that have gone into creating them makes for a sensationally cinematic experience. 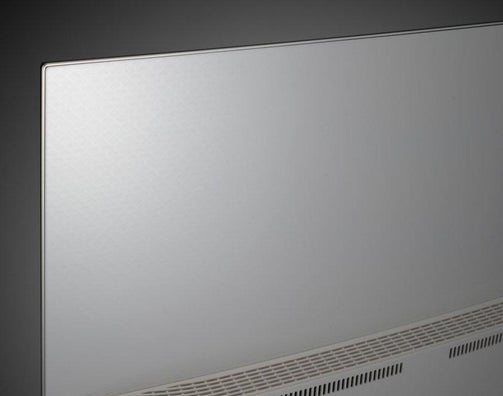 Great black levels usually lead to great colours, so it’s no surprise to find the 55EG960V’s colours looking in many ways gorgeous. Tones are bold and vibrant, yet also beautifully balanced and, usually, exquisitely natural. What’s more, the richness and naturalism of colours hold up better during dark scenes than with the vast majority of LCD TVs, as OLED’s self-emissive nature enables dark colours to retain more brightness without compromising black levels.

If you really want to see what makes OLED truly special, try watching a shot that contains small areas of high brightness in the middle of very dark areas. The distant shot of Hogwarts at night with lights in the windows as Voldemort looks down at it from a hilltop in the final Harry Potter film looks simply stunning – as if there are real candles glowing in your TV. No LCD TV – not even Samsung’s SUHD TVs with their local dimming – can deliver anything like the same sort of impact with this type of shot.

The 55EG960V is not overall, it must be said, as bright as some of the latest LCD TVs starting to emerge this year. Most notably, Samsung’s HDR-capable UE65JS9000 and, especially, UE65JS9500. But the interesting thing is that because the 55EG960V’s contrast is so outstanding, the gap between its deepest blacks and brightest whites feels so extreme that its pictures still look superbly bright and punchy. The thought of how HDR content might look on LG’s OLED screens once the necessary firmware update arrives is truly mouthwatering.

The 55EG960V does a good job of delivering on the detail and sharpness we’ve already come to know and love with UHD screens – at least when watching native 4K/UHD content. You can easily see the difference between native UHD and HD material despite the screen being 10 inches smaller than the 65EC970V we’ve tested previously (though as ever, we’d always say that UHD has more impact on larger screens, so do think bigger if your living room space and bank balance permit it). 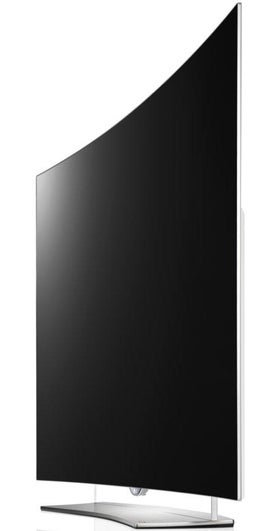 Helping out the sense of UHD clarity is some decent motion handling for a flat TV. Although we should qualify this statement by saying that while the 55EG960V reproduces motion reasonably naturally without any motion processing engaged, if you do try to use LG’s motion system it tends to result in some fairly aggressive flickering and glitching side effects.

While the 55EG960V shares the picture strengths of the 65EC970V, it also shares its weakness. For instance, while colours are bold and natural in tone, they do at times betray a lack of subtlety when rendering tonal blends, leaving skin tones sometimes appearing a little patchy, or some mid-tones – especially greys – appearing with mild infusions of pink or green. There’s a little more banding over colour blends than we see with some UHD TVs too.

While upscaling of native HD sources is quite effective when it comes to colour tones and keeping a lid on video noise, the 55EG960V’s upscaled pictures don’t look as aggressively detailed and sharp as those of UHD TVs from Panasonic and, especially, Samsung and Sony. Its standard definition pictures look really quite painfully soft too – but then surely any owner of the 55EG960V will be doing everything in their power to avoid feeding it standard definition content. 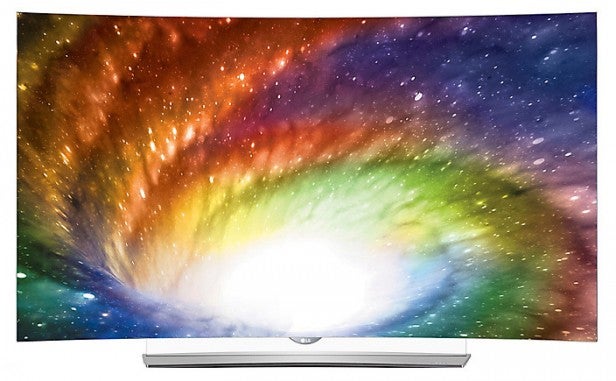 Finally, if you make the mistake of trying to run the screen too brightly, so that dark scenes start to suffer even gently with the yellowish undertone discussed earlier, you’ll feel as if the edges of the image are slightly darker than the centre. This is very hard to understand on a screen where each pixel creates its own brightness, and it’s a relief that this edge dullness isn’t obvious when the TV is sensibly calibrated.

Used as the main TV for the review period
Tested for more than a week
Tested using industry calibrated tools, discs and with real world use
Tested with broadcast content (HD/SD), video streams and demo discs
Previous
LG 55EG960V Review Next
3D, Sound and Verdict Review