After waiting for what feels like decades for the first 4K OLED TV to arrive, we’re now faced with our second one in as many weeks. What’s more, the 55EG960V is substantially more affordable than the previously tested 65EC970V, so if it turns out to be as good as its 65-inch sibling it could find itself right at the top of many an AV fan’s wish list.

There really isn’t anything quite like OLED when it comes to creating gorgeous-looking TVs. The 55EG960V’s frame is incredibly narrow – well under one centimetre wide – and sits elegantly in the same plane as the curved screen. The frame’s combination of glossy black with a thin silver trim creates a suitably high-end feel too, as does the shiny, elegantly sculpted aluminium stand.

SEE ALSO: What to watch on Netflix and Amazon Prime Instant Video this week 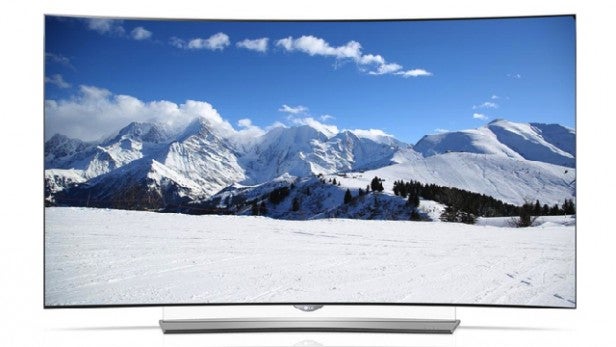 If anything, though, the 55EG960V becomes even more attractive when you shift your gaze to its rear and clock its impossible slimness. It’s just a couple of millimetres deep at its extremities, giving you a dazzling reminder of this remarkable aspect of OLED technology. The rear widens over its central third, but this depth increase is cunningly ‘hidden’ in the screen’s backward curve. Plus you’ll probably be too busy goggling at the rear panel’s striking smooth white finish to notice any relative midriff paunch.

Tucked down the rear left side of the screen is a pretty strong roster of connections that includes three HDMIs (two built to the 2.0 standard capable of handling 4K UHD feeds at 50/60p), three USBs (one 3.0), and the inevitable LAN and integrated Wi-Fi network options.

The network options can be used, of course, for either streaming content from networked devices such as smartphones, tablets and computers, or for going online with LG’s latest webOS-driven smart TV system.

We’ll be looking at this system in depth shortly, but for now the main things to say are that it doesn’t introduce many new features – a case of ‘if it ain’t broke, don’t fix it’, we guess – but it runs significantly more swiftly than the first webOS generation. In doing this it underlines its appeal as the most user-friendly and engaging smart TV system in town.

Weirdly the 55EG960V has webOS 2.0 whereas the higher-specified 65EC970V only has the first webOS. However, LG recently announced that it intends to update 2014 webOS TVs with the latest version via a future firmware update. That’s good news, and that last year’s sets can be upgraded to webOS 2.0 kind of highlights the fact that webOS 2.0 is a gentle evolution rather than a revolution over its predecessor. 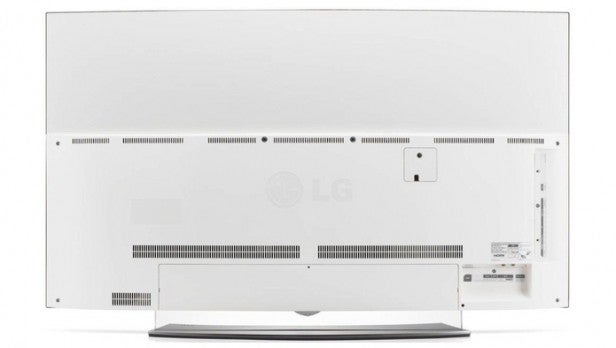 While webOS 2.0 is nice, it’s clearly the 55EG960V’s combination of a native 4K UHD resolution and OLED technology that gives this TV its headline appeal. OLED, after all, has been wowing anyone who sees it for years now thanks to the way every single OLED pixel produces its own light and colour, resulting in unprecedented black levels and gorgeous colourscapes.

Samsung has, it must be said, potentially undermined OLED’s ‘moment’ by launching a new era of high dynamic range-capable SUHD LCD screens (check out our reviews of the Samsung UE65JS9500 and Samsung UE65JS9000). But the 65EC970V still managed to wow us even after seeing those Samsung SUHD models, so the 55EG960V may well do the same. Especially given that LG assures us that both screens are essentially identical in picture quality terms, with the differences between the two series boiling down to different designs and the inclusion in the step-up EC970V series of a Harman Kardon-designed speaker system.

Having mentioned high dynamic range back there, it’s worth adding that contrary to initial statements LG is now saying that it will be able to introduce HDR to the 55EG960V via a firmware update. This update won’t happen until the HDR specification has been formally ratified, and will also likely only cover HDR video streams rather than HDR playback from UHD Blu-ray players. But it’s still a very welcome development. The only pity is that since the update isn’t here yet, we can’t test the TV’s HDR abilities. For now.

Other features of note are 3D playback via LG’s passive system (which we’ve seen consistently coming into its own on 4K TVs), and compatibility with the H.265 Streaming format used by Amazon and Netflix to deliver their 4K video streams.

As with the 65EC970V, the 55EG960V requires a quite specific picture set up if you want to get the best from it. The main reason for this is that while the 55EG960V’s contrast/black level performance is capable of being every bit as wondrous as we’ve long hoped for from OLED technology, it takes work to get there.

The TV’s out of the box picture settings leave the picture a little too dark, resulting in a noticeable crushing of shadow detail in the darkest areas. But if you push the image’s brightness too high the previously immaculate blackness suddenly becomes infused with an unexpected yellow tinge. 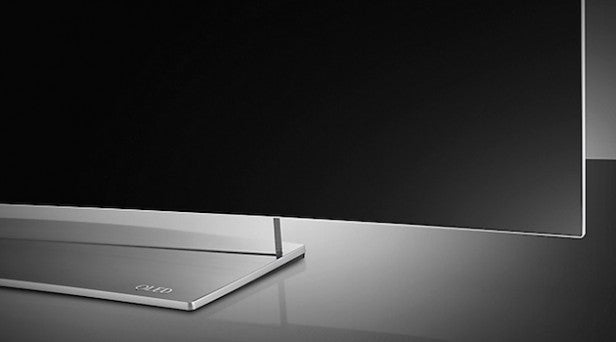 The balance that seemed to work best for us was to have brightness set at between 53 and 55, while the OLED brightness was set at around 90 and contrast was set at around 85. Please note, though, that some kinds of footage – stuff with lots of shadow detail – can cause black levels to drop off unless you reduce the brightness setting to around its 45-48 level (which is actually more in line with LG’s own preset values).

Other tweaks we’d recommend are turning off noise reduction for all HD and native UHD content playback, and either turning off LG’s motion processing completely or else only leaving it on its lowest power setting. Otherwise you’ll find pictures suffering quite noticeable unwanted processing errors, especially with really fast motion.

One other point worth adding here is that, unexpectedly, the 55EG960V provides a more helpful set of calibration menus/tools than you get with the 65EC970V, which will make it a more appealing option for the pro installation market.