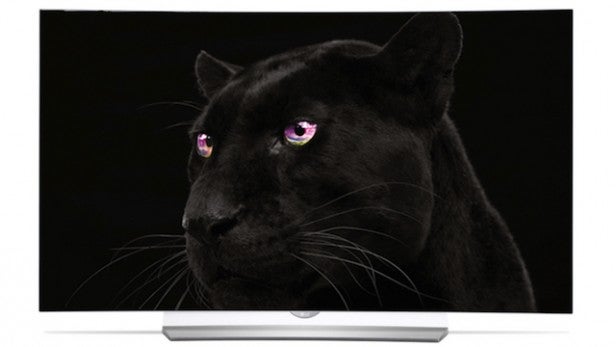 Why is the 55EG920V cheaper? The obvious reasons are that it doesn’t use the same Harman Kardon-created speaker system, and that its stand isn’t built to quite the same grade. However, as I discovered, the 55EG920V has another trick up its sleeve.

Despite employing a slightly lower grade of desktop stand than is included with the 55EG960V, the 55EG920V is still a spectacularly attractive TV. The screen still connects to the stand via a cute transparent “neck” that makes it look as if it’s floating – an effect that’s enhanced by the exceptional slimness of the frame; it extends for less than a centimetre beyond the screen’s borders.

As usual with OLED technology, the rear of the curved screen is incredibly shallow – less than 5mm – over the majority of its area.

The curved shape won’t suit everyone. For instance, while it looks elegant on the stand, curved screens look a little clumsy when hung on a wall.

There’s also the potential for curved screens to exhibit issues with viewing angles, and for reflections to distort the image across more of the screen than would be the case with flat TVs.

However, it should be stressed that the curvature on the LG 55EG920V is relatively shallow, and that the filters the company has built into its latest OLED screen do a decent job of soaking up reflections.

Personally, I’d probably pay the extra £250 to get the flat 55EF950V. At the same time, though, I wouldn’t expect the 55EG920V’s curve causing too much trouble/offence – and its £250 saving could buy a healthy collection of Blu-rays.

The 55EG920V’s connections prove better than expected, with its HDMIs supporting playback of high dynamic range (HDR) content. This is a huge point in the 55EG920V’s favour over the 55EG960V, for example.

In fact, with HDR looking set to become a big deal in 2016, I’d say that the 55EG920V’s HDR over HDMI support more than compensates for its lack of a Harman Kardon speaker system. 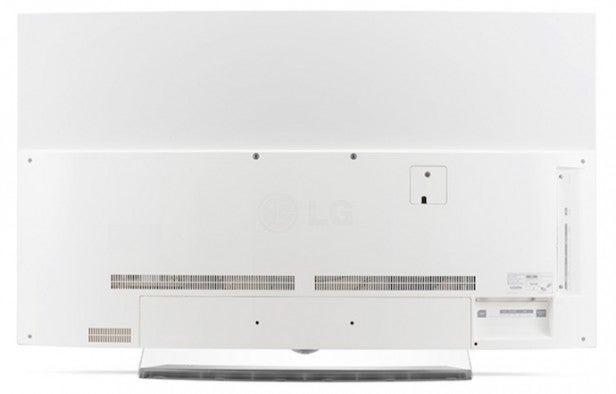 The 55EG920V also boasts multiple USBs for multimedia playback from USB storage devices, and supports streaming from DLNA-capable devices via Wi-Fi or Ethernet. In addition, the network connections can of course provide access to the services and apps available in LG’s walled garden of online content. These apps are reasonably numerous, and include such big hitters as Sky’s Now TV platform, and the 4K implementations of both Netflix and Amazon.

Where catch-up services are concerned, though, LG doesn’t support either All 4 or the ITV Hub; you get only BBC iPlayer and Demand 5.

Helping you to search out the content you want to watch is LG’s webOS interface. This is great news, for this elegant, unobtrusive and logical interface remains the most user-friendly of all the smart TV interfaces currently available.

The main picture feature that I should really spend a little more time on, though, is the OLED panel technology.

The big deal here is that every pixel in an OLED screen produces its own light and colour, completely independently of its neighbours. This enables the technology to, on paper at least, deliver levels of contrast and colour precision that you just can’t get with any other current flat-screen technology.

While the 55EG920V’s pictures look awesome, there are a few settings that I’d recommend you tweak if you want to keep the pictures looking immaculate for more of the time. The main adjustment (for reasons we’ll get into in the next section) is to keep the image’s brightness setting to below 50 and the OLED light setting lower than 70, below 65 if you can. 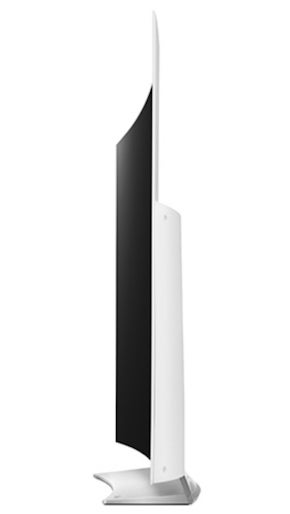 Worth mentioning is LG’s animated Bean Bird character, who helps with your initial installation of the TV. Setting a fun and friendly tone for the webOS interface, the character instantly diffuses the tension many usually feel when setting up a new TV.