OLED has promised so much for so long that our suspicion was that the LG 55EA980W couldn’t possibly live up to the hype. But within moments LG’s OLED ground-breaker was making those suspicions look ridiculous – and making any sources we threw at it look nothing short of magnificent.

The single most sensational achievement of the 55EA980W is its unprecedented black level response. For no other flat TV before has managed to deliver dark scenes with such rich, deep, noiseless and, quite simply, black black colours as the 55EA980W. And yes, we include in this sweeping comment both Pioneer’s legendary KURO plasmas and Panasonic’s magnificent plasma sign off, the P60ZT65. 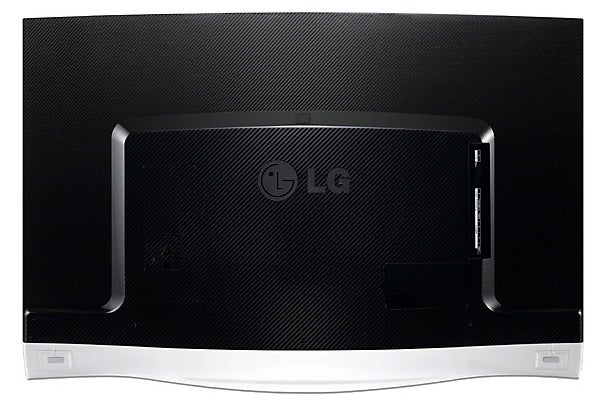 It’s not just in the sensational, grey-free blackness of the 55EA980W’s dark scenes that it outguns plasma technology either.Quite jow clean the dark areas of pictures look is something to behold too, as there’s no sign of the speckling, fizzing noise that can be seen in even the very best plasma TVs – especially if you attempt to run them at the sort of high brightness levels the 55EA980W can deliver seemingly effortlessly.

This point needs dwelling on more. For the direct emission design of the OLED panel really does means it’s able to deliver its truly inky blacks without compromising at all the intensity and punch of bright elements of the picture. With normal LCD screens, of course, the use of external lights to illuminate large sections of pixels means that if you want to get deep blacks you have no choice but to take lots of overall brightness out of the picture, heavily affecting the intensity of the bright picture areas.

Using local dimming with direct or edge LED TVs can help improve LCD contrast greatly. But even with direct LED TVs local dimming can only offer control over ‘clumps’ of pixels, so there’s still some degree of compromise in selecting the optimal brightness of each individual pixel.

With OLED TVs like the LG 55EA980W there is no such compromise. And the impact this has on the dynamism of pictures really cannot be overstated.

Another stellar aspect of the 55EA980W’s pictures is its colour rendition. The screen’s ability to stay intensely bright without compromising black levels enables colours to look gorgeously potent and richly saturated. But not in a gaudy way. Tones look unusually natural – something we’re increasingly coming to realise demands plenty of brightness.

Thanks to the lack of motion blur relative to LCD TVs and, again, the pixel-level control of the OLED screen the 55EA980W’s HD pictures look outstandingly sharp and detailed, providing the finishing touch to what has been a picture performance the like of which we have never seen before.

Of course, there’s no getting around that the LG 55EA980W doesn’t have a native 4K resolution at a time when 4K looks set to become a really big deal. The set’s colour intensity can occasionally emphasise any colour banding that might be present in standard definition sources too, and sometimes the darkest parts of the picture can look a bit short of shadow detail – especially if you’ve opted not to use the dynamic contrast feature.

Overall, though, OLED’s first ‘proper’ TV lives up to all the hopes we’ve long been harbouring for it.

There’s one last aspect of the 55EA980W’s pictures we haven’t considered yet, of course: the controversial curvature of the screen.

Not surprisingly we did much of our testing while sitting in the ‘sweet spot’ needed to get the most benefit from the curve. And from this position the curvature is actually scarcely noticeable. There is a slightly more three-dimensional feel to 2D images, to be fair, and you do feel ever-so-slightly more immersed in the field of view in front of you.

But this is a small point at the 55-inch size, really, and so we’re not sure the benefits justify the problems many households will have with the way the curve negatively effects image geometry and stretches/exaggerates reflected light if you watch the 55EA980W from an angle of more than around 40 degrees off-axis.

LG and other proponents of curved screens make the point that actually having a curved screen provides wider viewing angles, since it means you don’t see the same sort of drop off in colour and contrast that you get with a flat screen when watched from an angle. And to be fair, there is some truth to this. But it’s very debatable indeed whether this is compensation enough for the screwy geometry (people on the side of the screen nearest to you sometimes look ‘compressed’ to an almost comical degree) you’re left with when watching from down the 55EA980W’s sides.

So while you and maybe one more person can fairly comfortably tuck within the TV’s sweet spot, larger families may find that one or two family members who have to sit down the TV’s sides will find the curve more of a hindrance than a help.

Overall, though, as stated earlier, from a relatively ‘typical’ viewing position we felt fairly neutral about the curve. And maybe, just maybe, even a little interested to see what the curve might bring to the table on bigger screen sizes in the months to come.

Used as the main TV for the review period
Tested for more than a week
Tested using industry calibrated tools, discs and with real world use
Tested with broadcast content (HD/SD), video streams and demo discs
Previous
LG 55EA980W Review Next
3D, Sound and Conclusions Review