For the most part the LG 55EA980W is almost as much of a revelation with 3D as it is 2D. There’s a precision in terms of both the detail in the 3D picture and the sense of 3D space created that you just don’t get with any of LG’s non-OLED TVs. This is down to a combination of the screen’s stellar brightness, unprecedented contrast and an absolute absence of any crosstalk ghosting noise (so long as you keep your vertical viewing angle within 13 degrees or so). Strangely, given we experienced some minor motion issues with 2D, the 55EA980W is one of the best handlers of motion with 3D we’ve seen, suffering far less judder – even without using motion processing tools – than we commonly see with 3D LCD TVs.

The gentle curvature of the screen feels slightly more worthwhile with 3D than 2D too, as it can reinforce and expand the sense of depth in the image – or to be more precise, the sense that the focal point of the image is appearing at the heart of a wider three-dimensional world. Though the argument about the curvature not being great for off-axis viewing remains as true in 3D as it was in 2D. 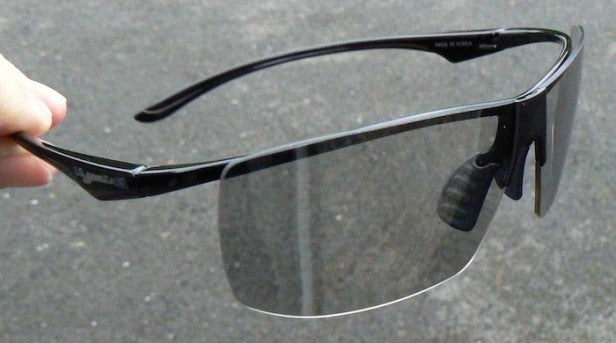 The only slightly bum notes in the mostly dazzling 3D performance are the ‘classic’ passive flaws of some jaggedness around curved edges and a slightly soft look to pictures versus full-resolution active ones. You can’t help but feel that a screen as supremely talented as the LG 55EA980W deserves not to have its 3D source material compromised in any way, irrespective of passive’s undoubted advantages in terms of crosstalk and no flicker.

Despite this, though, the 55EA980W delivers overall a 3D experience that reinforces its jaw-dropping 2D efforts.

LG is starting to do some interesting things with its TV audio right now. The slide-down speaker bar on its 65LA970W worked a treat, and we saw a TV with a 7.1 audio system designed in conjunction with sound specialist Harman Kardon in the stand of a 105-inch TV at CES. In a similarly innovative vein, on the 55EA980W we have a ‘transparent’ speaker system that actually sounds pretty good despite being almost invisible.

The set can go pleasingly loud without distorting, for a start, which is already better than the situation often witnessed even with TVs much less thin in their chassis designs than the 55EA980W. That the speakers fire straight forward helps, giving the sound a directness and extra clarity – especially during scenes containing a lot of bass – that you don’t get with down-firing speakers. 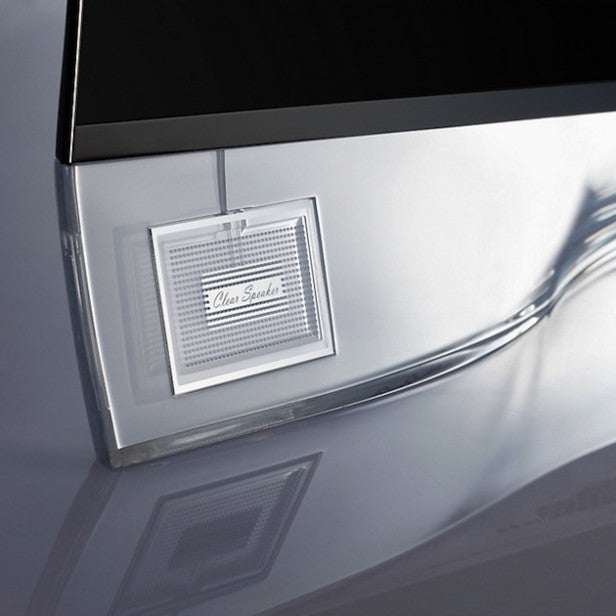 LG has cunningly made more good use of the 55EA980W’s curved designed with its audio too. For positioning the speakers at the left and right extremities of the transparent stand means that they’re angled slightly in, resulting in sound that feels impressively well locked to the onscreen action. Even better, the stand design angles the speakers slightly upwards too, so that voices seem to emerge from the centre of the screen rather than from some ‘detached’ point beneath the picture as can happen with bottom-mounted speakers.

The only downside to the curvature’s impact on the speaker design is that angling the sound slightly in prevents the LG 55EA980W from producing as wide a soundstage as some rival sets. 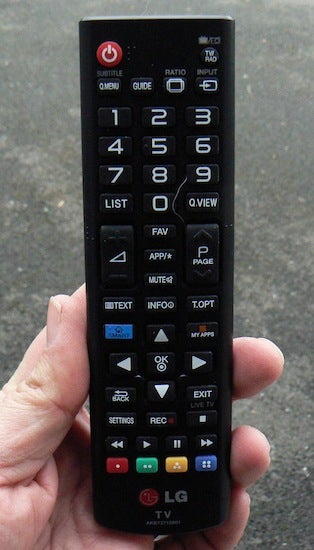 The LG 55EA980W ships with two remotes: a standard one and a ‘magic’ one offering impressively sensitive point and click functionality. While we’re fans of the magic remote, though, we’re certainly not into the standard remote. It’s a cheaply built, cluttered, thoughtlessly laid out affair that doesn’t belong with a TV as high-end as the 55EA980W.

The 55EA980W’s picture quality and the immersive effects of the curve for a lone viewer make it a potentially spectacular gaming monitor. So we’re very happy indeed to find that when using its game picture preset and turning off as much video processing as we could find the 55EA980W avoided LG’s usual input lag problems, turning in an input lag measurement of just 33ms on average. This is low enough not to substantially damage your gaming abilities.

We have seen measurements higher than this in other tests of the 55EA980W elsewhere on the internet, but we checked and rechecked our results, and they were always the same. We can only assume the other testers hadn’t turned off all of the set’s video processing circuits when they took their measurements.

Now there’s a question – should you buy the LG 55EA980W? At pretty much any other point in TV history our answer would have been a resounding ‘yes’, despite the set’s eye-wateringly high price. For it sets sensational new standards both with its design and, most importantly of all, picture quality.

The only problem is that it only has native 1080p HD resolution at a time when the AV world is starting to whip itself into a frenzy about native 4k/UHD resolution. So if you’re lucky enough to have £5k to spend on a TV you’re faced with a straight decision over whether to get a 65-inch 4K LCD TV from Samsung or Sony, with their astounding enhanced resolutions, or whether to get the less detailed but otherwise groundbreaking pictures of the 55EA980W. It’s not an easy choice.

The first proper OLED TV to arrive on our test benches has not disappointed. It effortlessly lives up to the hype by instantly producing – at the first time of asking, let’s not forget – the finest all-round picture quality we’ve seen from any HD TV.

If you’re a patient type you might want to wait for an affordable 4K OLED TV somewhere in the (potentially quite distant) future, as the lack of 4K resolution is the only reason we haven’t given the 55EA980W an overall perfect 10 score. But if you’re thinking you can live without 4K for a bit, the 55EA980W is simply as good as it gets. Curves and all.

Next, check out our best TVs round-up