At long, long last our long-nurtured OLED dreams have come true, and we have the first ‘proper’ (as in, big) OLED TV for the home sat on our test benches. It’s the LG 55EA980W. It’s 55 inches across, it’s curved, it’s thinner than you’d believe possible, and most amazing of all it actually lives up to the hype.

The only way to describe the LG 55EA980W’s design is ‘spectacular’. It looks more like an escapee from a sci-fi movie set than a current TV thanks to its incredibly slim – barely 2mm deep – screen depth, striking curved screen and startling transparent ‘Crystal’ foot stand.

Whether you look at it from the back, front or side the LG 55EA980W is not only a work of art, but seems to defy the laws of physics by being able to produce pictures from such an amazingly thin frame. 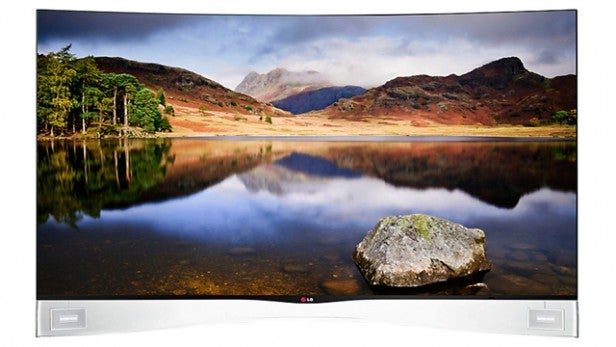 Actually, come to think of it, that it can also produce sound from its insanely skinny form via a pair of front-firing transparent speakers tucked into each corner of the transparent stand section is even more physics-defying.

Even that the LG 55EA980W TV can stand without further physical support than the curved base seems to fly in the face of logic – and speaks volumes on the impressive build quality of the backplate used to hold the thin ‘film’ of OLEDs in place.

The curving of the screen does mean the TV doesn’t readily lend itself to wall hanging, and raises some interesting questions about viewing angles that we’ll get into later. But there’s no denying its aesthetic appeal.

Although the thinness of the LG 55EA980W’s screen is truly extraordinary, it doesn’t extend across the TV’s whole rear. There’s a relatively chunky section in the centre that contains such handy stuff such as the TV’s tuner, processing engine and, of course, connections. These connections include four HDMIs, three USBs, both terrestrial and satellite HD tuners, a LAN port, and built-in Wi-Fi.

The single most important spec of the 55EA980W’s screen, of course, is its use of OLED technology. Short for Organic Light Emitting Diode, the key point about OLED screens is that each of their pixels is able to emit its own light – like plasma technology – rather than depending on external light sources like LCD screens do.

Clearly this has the potential to have a vast impact on picture contrast, since in theory a purely white pixel could appear right next to a pitch black one (though obviously such an extreme distinction is unlikely to crop up during normal viewing). Indeed, LG describes the 55EA980W as having ‘infinite contrast’. 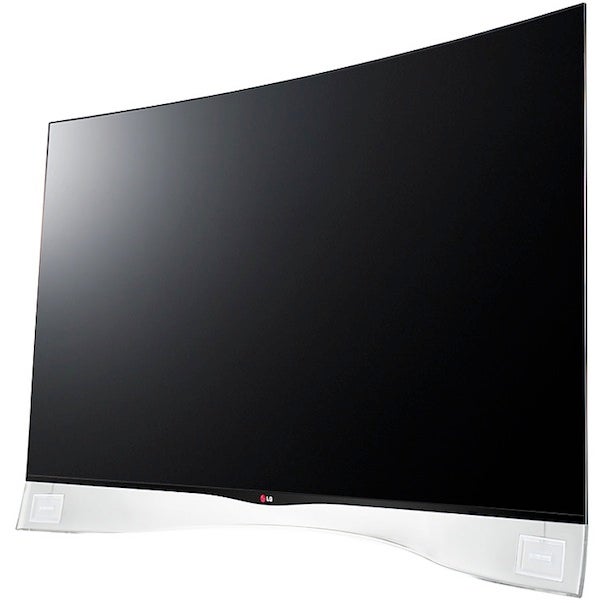 The self-emissive nature of OLED panels should also help the 55EA980W avoid the sort of motion blur and limited viewing angle problems associated with normal LCD and LED TVs. LG even puts a number on the response time situation, saying that the 55EA980W’s response time is more than a thousand times faster than that of a normal LED TV.

Colours, too, should look richer and more dynamic thanks to OLED’s self-emissive pixels. LG claims that adding a white sub-pixel to the normal RGB ones in its new OLED TV should help it deliver an enhanced colour range and greater colour accuracy. The so-called White LED panels LG is using are apparently easier to build than RGB ones too, which could well be LG’s prime motivator for using this approach given that the biggest hurdle to OLED taking over the TV world remains the level of difficulty involved in manufacturing OLED panels.

It must be stressed, though, that Samsung is sticking with the RGB approach for its OLED TVs due to its belief that such screens produce pictures more efficiently and accurately.

Turning to the 55EA980W’s curved screen, LG claims that as well as looking cute the (in truth quite subtle) curve enhances your viewing experience by reflecting the curved arrangment of your own retinas, making the picture look crisper right into its corners and more immersive. However, the key problem with this argument is that it only really holds up if you happen to be sat in precisely the right place in front of the TV. Sit anywhere else and the curve doesn’t follow your eye’s natural field of curvature any more.

With this in mind, curving a screen would appear to make more sense when it’s done to a much bigger screen than the 55-inch one applied to the LG 55EA980W. For the bigger a screen, the larger the potential ‘sweet spot’ where you and, crucially, other members of your household could sit in and still get the supposed curvature benefits.

We’ll talk more about the impact of the curved screen in the performance section.

As you would expect given the 55EA980W is LG’s most expensive TV right now short of stepping right up to its 84-inch 4K model, it carries all of the latest Smart features found on LG’s LCD TVs. So you can, for instance, operate it via either a normal remote or one of LG’s inspired ‘Magic’ remotes, which allow you to select onscreen options just by pointing the remote directly at the relevant part of the screen. 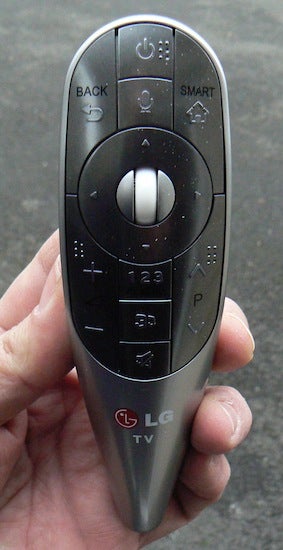 LG’s onscreen menus are colourful, detailed and attractive, and they provide access to a huge array of content. The ‘Premium’ app folder is the most useful, as it’s here you get to most of the video streaming services. These include the BBC iPlayer, Netflix, LoveFilm, Demand 5, YouTube, BlinkBox, KnowHow Movies, Skype, BBC Sport, Crackle, and in what’s currently an exclusive deal, Sky’s Now TV platform.

There’s no ITV Player or 4OD, meaning the catchup TV support isn’t quite as fulsome as that of LG’s great rival, Samsung. But the unique Now TV support may well prove enough of a draw for some people to overlook the lack of ITV Player and 4OD apps. Plus, of course, there’s always the possibility that these apps will be added at some point.

There’s perhaps too heavy a focus on b-list 3D streamed content in the LG Smart menus and some may feel LG has tried to fit too much on a single, scrollable interface hub rather than going for separate hubs like a growing number of rivals do. But overall the LG smart TV experience is still a positive one. 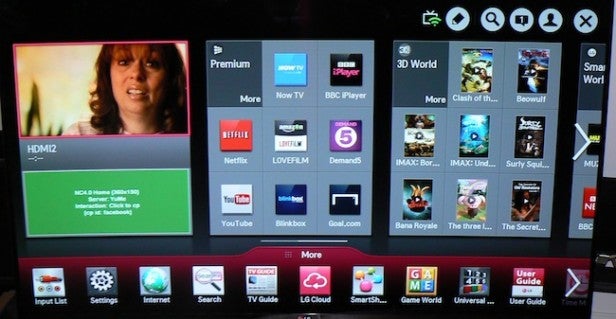 The LG 55EA980W’s onscreen menus are chock full of handy picture calibration tools, including a full colour management system, an immensely flexible white balance fine tuner, and multiple settings (including ‘off’) for all the key processing-based features such as noise reduction, dynamic contrast and motion control.

So extensive are the picture settings that the TV comes with the backing of both the THX ‘quality assurance’ body and the Imaging Science Foundation (ISF) pro calibration group. This means there’s a THX preset on the TV and two ISF settings where an ISF engineer can set day and night settings specially designed for your room.

As ever with any flat TV, we’d recommend that you turn off all NR with HD sources in the LG 55EA980W. Logic would dictate that you don’t need the motion processing either, given OLED’s oft-discussed faster response time. Actually, though, we’d suggest you at least experiment with the Low setting of the TruMotion engine since while motion blur is indeed not a significant issue, there is a little judder.

Where are other settings are concerned the 55EA980W is unusually tolerant. In other words, it’s hard to make a real mess of things – predominantly because the quality of the pictures on show is just THAT good…

The only suggestions we’d make are that you reduce the contrast from the maximum level used by some of the provided presets to around 80, and that you leave the Dynamic Contrast setting on low. This does cause a little bit of the sort of brightness ‘jumping’ that often prevents us from using similar features with normal LCD TVs, but it also leads to a fairly significant boost in shadow detail resolution. More on this in the Performance section.